(all photos are the author's) 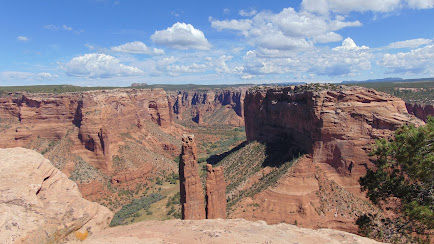 The Federal Government in Washington had a lot going on in 1863. There was an ongoing and horrific War Between the States, which divided whole families, and a whole nation.

Known to most people in the East as "Indian Trouble", there was considerable unrest in the distant West with the many native tribes who took issue with being told that their ancestral lands were to be "settled" by people from far away.

While many people know that the paramount issue of the Civil War was the slavery of black people, the issue of Indian slavery was brushed aside. In fact, the Indian slave trade was an enormous part of the economies of the South Western states from the moment the Spanish arrived in the 1500s.

But, back to that battle.

In the years leading up Kit Carson's the far-reaching and calculated scorched earth policy, the Navajo leaders knew a war was coming. They just didn't know when. And they didn't think the Army would enter their canyon.

But because of the widespread and strategic burning of crops and killing of livestock, the US Army had succeeded in driving the Navajo to their knees, and by the winter of 1863/64, they were starving to death. The Army had promised them food, blankets and protection if they surrendered, so hundreds arrived at various forts and outposts thinking they would be fed and treated decently.

Many didn't surrender, and refused to leave Canyon de Chelly and places further afield. That rather French sounding name is derived from the Navajo word for their canyon, Tséyi'. Which means "a place deep in the rock".

It was a place so daunting, that upon his exit of the canyon in 1858, a US Colonel named Dixon Miles recommended that no command should re-enter it.


And it is DEEP, nearly 1000 feet down from the rim. If you stood a quarter mile back and didn't know it was there, you'd be quite stunned when the landscape dropped off into thin air, and so did you. 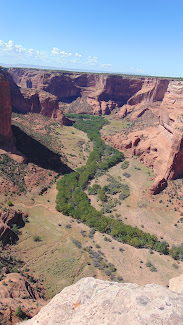 In its current configuration, the Canyon de Chelly National Monument is 130 square miles of canyons, crevasses, caves, and ancient hiding places, and it is the ancestral, and current, home of the Navajo.

But in January of 1864, it was the last stand of a great nation, now decimated.

Washington wanted them either dead, or gone, and the commanding general in the area sent the legendary Kit Carson and roughly 400 US soldiers to finish them off. Carson brought the Navajo's enemies the Ute along to help.

Despite brutal snowstorms, and Dixon Miles' warning of five years earlier, Kit Carson sent two companies of US soldiers into the canyon. There were a few skirmishes, several gunfights, but nothing close to the kind of full-out military battles seen elsewhere. Probably due to the amount of starving combatants.

In merely two days of formal assault, the US Army, with fewer than 400 soldiers, defeated the once powerful Navajo military.

Even though several hundred Navajo took refuge atop Fortress Rock, and stayed beyond the reach of the invaders, those on the ground did not.

But by the end of the day on January 14th, a war had been lost and those who hadn't surrendered or died in the fighting would soon be faced with a different kind of battle, a 420 mile walk in winter to what many have since called hell on earth.


Here I am with Theodore "Ted" Charles, (USMC Retired, M. Ed) accomplished teacher and fabulous storyteller on the rim of Canyon de Chelly.

Ted's grandfather Sitnajinnie was captured after the Battle of Canyon de Chelly and taken on The Long Walk, at gunpoint.

I think Ted's wife's words as she took this photo were something like "will you two behave?" 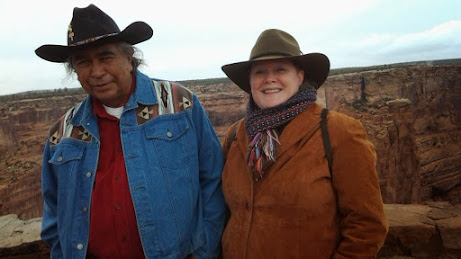 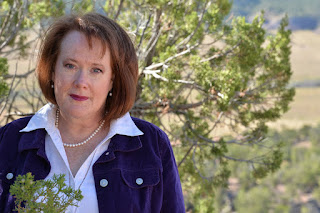