Seeds From the Past--the Important Heritage of Seed-Saving

While friends down south are already watching tomatoes blossom, we up north are chomping at the bit to turn the soil over for the first time of the season. Some who prefer planting in a no-till method are preparing their beds in some other way, by gathering mulch or straw bales.

When one of my friend’s sons was a boy, his farmer’s heart was large. By the time he was twelve years old he’d purchased a no-power, single-wheel tiller to turn over his garden plot. My own son at twelve was learning to use the tractor and plow for seeding his first deer feed plot.

There’s an internal drive in every gardener, farmer, and flower-grower to get into the dirt and move it around. To fill it with seeds and nurture them to bloom. It’s been going on since Adam received his directive from God. 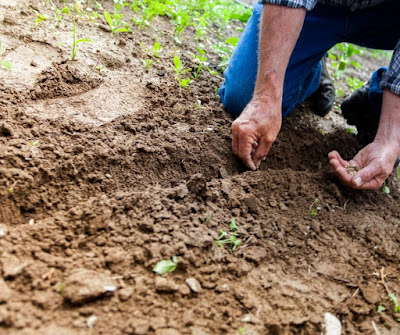 Warm earth beneath your knees and seeds in your hand. Is there a better spring feeling?


Which brings me to the history of seed exchanges and the practice of saving seeds. Have you tried it?

Long before garden centers and web sites offered seeds at a few clicks of the keyboard or—old school now—by mailing in an order form, farmers needing to insure they had seeds for the next season had no other choice but to save seeds from their own crops. With luck, they had neighbors with whom they could swap varieties. Have you ever considered the legacy these farmers provided for us?

Consider this shocking bit of history. During WWII, Stalin's program of collectivism of Russia's farms nearly brought about the demise of seed diversification and what it could mean to good health for generations—implications that have reached across the globe and even to our modern era. It involved an interesting story about a man named Nikolay Vavilov, a Russian geneticist and pant geographer whose focus on the global food ecosystem took him to five continents collecting a massive number of seeds. Stalin, however, had his own scientist. A quack named Lysenko, whose unfounded theories about improved crop yields garnered Stalin’s approval. But Lysenko's ideas failed, and in the end made Stalin look bad. Vavilov became Stalin’s scapegoat for his failing plans instead. He was arrested, and after being subject to hundreds of hours of brutal interrogation, was put into a prison in Saratov where he lay starving. 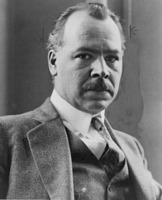 Nikolay Vavilov, who dedicated his life to the study of improvement of
the cereal crops that sustain the world's population.

But what became of his collection? That’s another sad but fascinating story. As Leningrad lay under siege, a group of botanists holed up in the vault where Vavilov's collection was stored. The botanists vowed to protect the seeds with their lives, both from the starving populace and the rampaging German soldiers. The siege went on for 900 days, and eventually each man inside the vault died of hunger, refusing to eat the seeds he was protecting.

Meanwhile, back a few decades...by the time America entered the Civil War, the U.S. had entered full bore into the commercial seed industry. Prior to that time—clear back to the colonial period—immigrants were encouraged to bring seed from the old country. Seed exchange societies were established by founding fathers such as Thomas Jefferson. By 1819, the U.S. Treasury Department issued a directive to overseas consultants and Navy officers to systematically collect plant materials. They all understood the need for seed diversification to provide food for an expanding continent.

Then, in the 1850s, congressional representatives and the U.S. Trade and Patent Office developed a system for the collection, propagation, and distribution of seed throughout the states and territories. This government-backed program grew quickly, so that by 1861 over a billion packets of seed were distributed. But by the 1880s, the American Seed Trade Association lobbied for the program to be stopped, because it competed with the private seed trade as a commodity. The program remained intact, however, so seed companies looked for a new way to thrive.

They finally began seeing more profitability in the 20th century as hybrids hit the market. Planting from hybrid seed meant that they could no longer grow the same crops saved from last year’s seed. Now farmers would have to keep returning to the seed companies year after year to buy more seed. 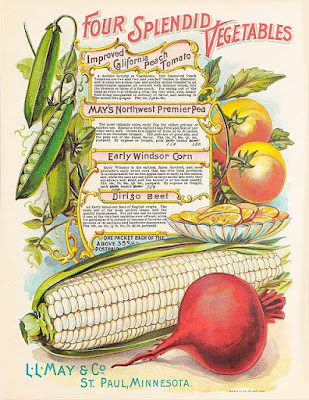 Yet, because more of the hybrid development was taking place at Land Grant Universities, companies could not gain exclusive rights to the seed, and they once again complained of government interference and unfair trade practices. To top it off, the industry pointed to slow yields by seed developed in government programs, and they used that point to claim that further privatization would yield to greater overall security in food production.

This swayed the USDA to cut seed distribution programs. It opened the door to a long line of changes in the industry, from research to specialized plant breeding. Even to Victory gardens continuing post WWII.

Enter our modern (say, post 1960s) era, where larger companies began acquiring the smaller seed companies. Then came a 1980 Supreme Court ruling that changed the landscape entirely. Prior to the ruling in the case of Diamond vs. Chakrabarty, a plant or animal could be owned, but it’s genetics could not. Afterward, life forms could be patented based on their genetic coding. Soon, 1800 such patents were given, even to companies that previously had no interest in seed production. We’re talking primarily chemical and pharmaceutical firms. With very little regulatory oversight—unlike most other industries dealing with natural resources—a new wave of hybrids began being developed.

With these new-type hybrids, people started to wonder about the change in their food or even having a lack of it. A resurgence of seed saving of the old, heritage varieties has taken on a new and important role in recent years. As gardening has become a bit more popular since Covid lockdowns, many have found certain seeds to be in short supply. It seems that the time for saving seeds with serious intent is again is upon us. 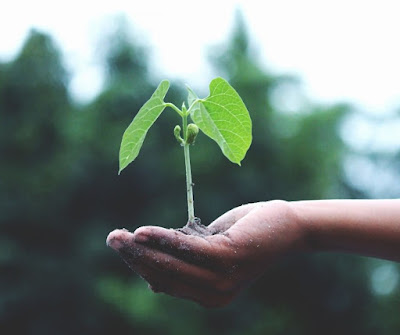 What about you? Have you ever tried to reclaim food traditions by saving seed? Will you be planting non-hybrids this spring so that you can keep some seeds in the fall?

Here’s some additional reading, but be forewarned…it’ll drive you to digging in the dirt.


Tulla Johanson is a gal dedicated to her family farm. She knows the art of saving seed. It's her heart she has trouble sparing.


A vintage American romance.
Available on Amazon.
Naomi Musch writes historical romance and an occasional contemporary from her family's farm in Wisconsin's pristine north woods. She invites you to learn more about The Love Coward and her other novels by checking out her site and signing up for her newsletter at https://naomimusch.com/ She also loves to follow back on Goodreads and Bookbub.
Posted by Naomi Musch at 6:00 AM