A Fort on the Georgia Frontier

In and around Atlanta, we have plenty of history—especially between the Civil War and Civil Rights eras. Many Native American place and river names, both Creek and Cherokee, hint of earlier times. Because those tribes occupied land in this area from the Federal period back in time, documentation of settlement by white Americans is rare. So you can imagine my surprise when I learned that a War of 1812 fort existed in what is currently Gwinnett County—then Jackson County—less than forty miles northeast of current downtown Atlanta. 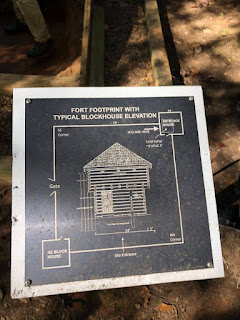 When this fort came into existence is even in question. Some historians speculate it might have been constructed as early as the 1790s or around 1805. Documentation does reveal that Native American lands west and north of the fort were illegally surveyed. In 1803, in response to the settlement of several families on Indian land across the Jackson County line, Governor Milledge ordered Brigadier General David Dickson to use the Jackson militia to push them back across the line and “set fire to their Cabbins or Camps.”

What we do know is that in 1812, Fort Daniel sat at the westernmost point of Jackson County (white-settled Georgia) at the south end of the 1785 Treaty of Hopewell (Cherokee lands) and the north end of the 1790 Treaty of New York (Creek lands). And by 1812, Red Stick Creek Warriors (allied to the British) posed a real threat as they advanced through Alabama Territory. 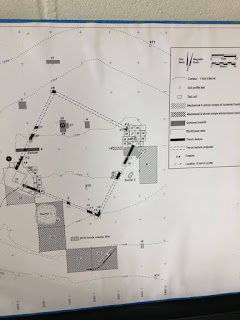 In October of 1813, Governor Mitchell wrote to Major General Allen Daniel that he did not believe the Indians would cross the Chattahoochee River but that Daniel should use spies to watch the native population and muster forces in readiness of attack. Each man was to furnish himself with a knapsack, blanket, arms and equipment until the latter two could be furnished by the government. “The fort which is poorly constructed of dry timbers should be rebuilt at or near the present fort so as to raise the platforms and post holes at such a height that the enemy can’t get an advantage.” Brigadier General Beall and Major John D. Terrell were charged with oversight of the work. Daniel ordered Beall to provide thirty militiamen to relieve those already at the Hog Mountain fort and set up a ten-day rotation. 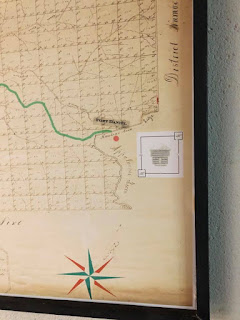 Fort Daniel was rebuilt during the fall and winter of 1813 at the top of Hog Mountain, a crossroads community where livestock was commonly sold. Trees were cleared in all directions. The fort itself measured approximately seventy-five feet square with diagonally placed blockhouses, twenty by twenty and fourteen feet high. A three-foot-wide gate was located on the east-facing wall. The commissary, officers’ houses, and soldiers’ huts measured fifteen by twenty.

A number of volunteers and militia manned Fort Daniel during the Creek War, which ended in March of 1813 with General Andrew Jackson’s victory at Horseshoe Bend. Its most important function might have been that it served as a staging point for the building of the Peachtree Road, following an Indian path that ran southwest to a crossing and trading point on the Chattahoochee River, where the militia constructed Fort Peachtree. 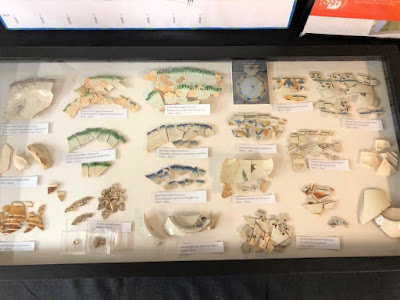 Fort Daniel remained largely forgotten until its rediscovery on private property in 2009. Gwinnett County purchased the site, and archeological work and living history events continue under the oversight of the Fort Daniel Foundation.

I drew research for this article from The Heritage Newsletter, the Gwinnett Archeology Bulletin, and the New Georgia Encyclopedia. Photos were taken at Fort Daniel’s October 2020 Living History Faire. And yes, this research has produced a new historical novel that's currently with my agent, A Secondhand Betrothal.