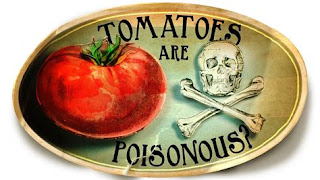 When I hear Salem and trial, I’m immediately transported to a time of torches, pitchforks, and ignorance. The Tomato Trial didn’t involve tiny fruit tied to their stalks with screaming villagers accusing them of all manners of infractions.
But it might as well have. 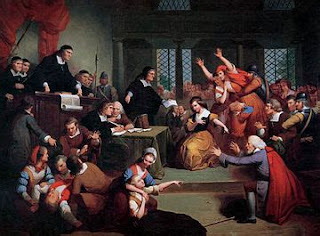 Other than the fact that the Tomato Trial was held in Salem, New Jersey rather than Salem, Massachusetts—and there was no fire involved—the bulbous fruit suffered from the same ignorance, falsely accused and condemned.
The plant, as far as the origin of using it as food, dates back to the Aztecs in 700 AD. Known as a berry in the nightshade family, they can also be considered a vegetable as they lack high levels of sweet fructose. The poor tomato. No wonder people were confused. 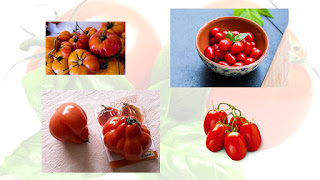 It made its way around the world, eventually landing in the United States. However, it was shunned from American tables due in large part to a book published in 1597 by barber/surgeon and English botanist John Gerard. He claimed the tomato to be poisonous due to low levels of the toxin tomatine. True, those toxins are present, but not enough to be dangerous. Some say his sloppy research condemned the tomato to a life of decoration, pretty to look at but never to consume.
A long-standing belief that tomatoes were sinful due to their aphrodisiac properties didn't help. Besides, they were red, a color associated with danger. 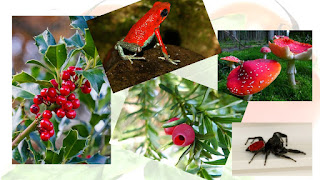 Centuries later, Thomas Jefferson, our third president and known food connoisseur, took a liking to the vegetable/fruit, which helped to shine light on the misunderstood plant. However, it was slow to take off as a culinary delight. Because of the nightshade stigma, of which the mandrake, a hallucinogenic poisonous plant, is one, the tomato was shunned as table fare. The plant was merely ornamental, but nary a piece touched the lips of the savvy public. 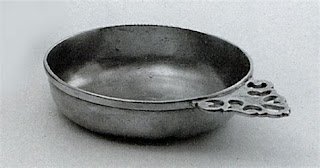 A myth surfaced that the plant had been known to kill, but later it was surmised to be pewter dishes which had leached lead due to the tomato's acid. However, some say the acid isn't strong enough to pull off such a task.
Finally, by 1820, a hero stepped up to save the day. Colonel Robert Gibbon Johnson was fed up with the smear campaign of his favorite side dish. He sponsored competitions for those who could grow the largest tomatoes to dispel the stigma. 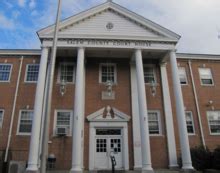 Court was held to condemn the tomato once and for all. Johnson, serving as the defense, walked into the courthouse, carrying a basket of tomatoes and proceeded to eat every single one in front of the stunned crowd. Much to their dismay, he did not die, or even become violently ill.
And thus, the tomato, in all of its round, shiny yumminess, escaped the pitch forks and burning at the stake. Declared innocent. And gracing my dinner table to this day.
I love tomatoes. My favorite way to eat them is Tomato Basil Soup. Mm, mm, good! Do you like tomatoes? What's your favorite way to eat them? 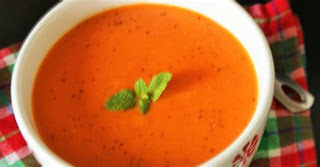 Titanic: Legacy of Betrayal
A secret. A key. Much was buried on the Titanic, but now it's time for resurrection.