In my book research about women who served the WWII war effort, I have been most impressed about the women of WASP (Women Airforce Service Pilots). who flew new aircraft from their point of manufacture to U.S. military bases on either coast. From there, male military pilots would take over the equipment and take the planes into battle.
WASP pilots were not considered military but rather a service group that served the military during wartime. These ladies were smart, talented, and courageous women who endured 22-1/2 weeks of training that equally compared with what the men in the Army Airforce received. The only two areas of training the women didn’t receive was gunnery and formation flying since they were not to go into battle. The women of WASP had moxie. So courageous and smart.
In addition to their rigorous training, what impressed me was the planes they flew weren't small planes, but huge bombers like the B-17, also known as "The Flying Fortress). I was already familiar with that plane because a few years ago, I attended a fly-in of vintage aircraft at my local private airport and one of the highlights was a B-17 that I was able to enter and see the interior.

WASP was not considered to be a part of the U.S. Military and I'm not sure how much people even knew about them and what they were doing behind the scenes to serve. The purpose of WASP was to get the newly minted war machines to the coasts to be taken into battle without having to use men to get them there. The men were needed in the war zones, not making domestic trips on the homefront.
WASP even had a mascot, a little sprite called Fifinella. I presume Fifi (her nickname) was designed to encourage the women and hopefully draw attention to their important work in the war effort.
Similar to Marvel characters, she started out as one of the Gremlins that were featured in a book titled The Gremlins by a former RAF pilot, Roald Dahl. Walt Disney went on to make an animated movie called The Gremlins and acquired the copyright to Fifinella. There’s quite a backstory of legalities that ensued, which I’m not going to go into in this post.
“Fifi” appeared on patches the WASP pilots wore on their uniforms and also was painted onto the nose of some of the planes they flew. Today, she still appears on merchandise you can purchase online.
Have you ever piloted an airplane? If so, please share in the comments!

Pam Meyers has been writing since she was a child and kept a diary at age eight. She's published a number of historical novels set in her hometown of Lake Geneva, Wisconsin, along with several contemporary novels.
She makes her home in northern Illinois with her two rescue cats. She's only about an hour away from Lake Geneva and you'll often find her there nosing around for new story ideas. 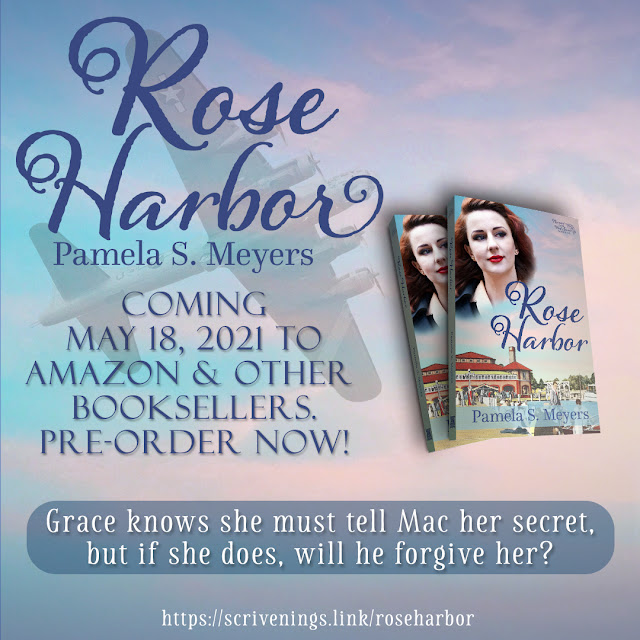