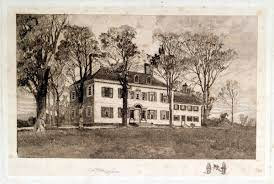 By Elaine Marie Cooper Many heroic men of the American Revolution are well known to History buffs. But without the steadfast work of the women in Colonial America, who often worked behind the scenes, one wonders if the war to break away from England would have been successful. For instance, Lydia Darragh of Philadelphia was a Quaker who bravely warned General Washington of an impending attack on his troops, thus allowing his army to escape. (https://www.womenshistory.org/education-resources/biographies/lydia-darragh ) Sixteen-year-old Sybil Ludington was called the female Paul Revere as she rode all night on horseback to rouse the militia to protect Danbury, CT. https://www.americanhistoryforkids.com/sybil-ludington/ And then there was Theodosia Ford. Although no acts of extraordinary bravery were attributed to her war efforts, this faithful wife and mother from Morris County, New Jersey, endured much heartache while offering her home to help Washington’s troops. As was common in colonial American families, Theodosia and her husband, Jacob Ford Jr., endured the loss of several children. In the year of 1777, less than two years into the American Revolution, Theodosia faced her greatest trials. It began in January with the death of her 38-year-old husband from pneumonia. Jacob had been serving as colonel of the local militia, while trying to finish the building of their large home as well as overseeing the gunpowder mill that was supplying the patriot troops. Overworked and mildly ill to start, the work took its toll on Jacob and his illness proved fatal. Within the week of his son’s death, Jacob Ford, Sr. succumbed to illness as well. Theodosia was left to deal with five children, a war, and a business. In a terrible twist of fate, Theodosia’s mother-in-law, Hannah, and then her 2-year-old daughter, Phoebe, died that same year. “It is no exaggeration to say that 1777 was probably one of the most difficult years for Theodosia Ford, widow of Jacob Jr and functional head of the family after 1777,” wrote Jude M. Pfister in “The Fords of New Jersey.” That winter of 1777 also saw 35 Continental soldiers quartered in Theodosia’s home. They were of the Delaware Light Infantry Regiment and happened to be staying in the Ford mansion that January when her husband and father-in-law passed away. Whether or not their presence increased the stress for young Mrs. Ford, or offered a distraction at such an emotional time, we can only surmise. But the Fords were well-known and respected in their community, and likely were offered comfort by friends and neighbors. Theodosia was the daughter of the Presbyterian minister and hopefully her faith in God helped her through the many losses she endured. 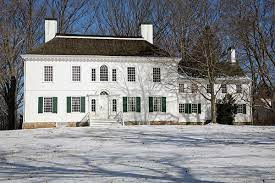 Just 2 years after that terrible year, a horrible winter, the worst of the century, hit New Jersey. General Washington had brought his troops in the middle of a snowstorm, to an area nearby the mansion called Jockey Hollow. But Washington needed a headquarters for he and his staff and the only house in the area large enough to accommodate them was the Ford Mansion. Whether or not Theodosia had a choice in the matter is not known but it provided a way by which she could contribute to the war cause. It was, however, at a considerable cost to her comfort. Washington’s staff shared the kitchen with Theodosia’s and a reference was made by Washington in his writings that the entire kitchen area was filled with workers who were ill. Theodosia and her four children had to share just two bedrooms during Washington’s stay. In addition to General Washington, regular occupants of the Ford Mansion included Mrs. Washington and Alexander Hamilton. “Washington built several outbuildings to relieve the burden on the overcrowded mansion.” wrote Pfister. Obviously, the General was aware of the crowded accommodations. That winter of 1779-80 proved extraordinary with a record number of blizzards. If the troops had not built small log cabins for their shelter, even more might have succumbed to the weather. Washington kept his headquarters at the Ford mansion until June 22, 1780. Was the sudden departure of the Army a welcome relief or too quiet after so long a time? We may never know. But we do know that Theodosia Ford is the heroine in this story. “Theodosia Ford dominates the Revolutionary period of the Ford family history,” wrote Pfister in “The Jacob Ford Jr. Mansion.” “Forced to accept a leadership role in the family after her husband and father-in-laws’ deaths, Mrs. Ford held the family together and kept the farm and family business a profitable endeavor.” Theodosia was widowed at the age of 38 and never remarried. She lived to be 83. She was survived by three sons, her beloved daughter, Elizabeth, having preceded her in death. To read more, you can navigate these articles: https://www.battlefields.org/learn/articles/washingtons-encampment-morristown-new-jersey-and-hard-winter-1779-1780 https://www.findagrave.com/memorial/5797986/theodosia-ford https://www.battlefields.org/learn/articles/walking-shoes-theodosia-ford 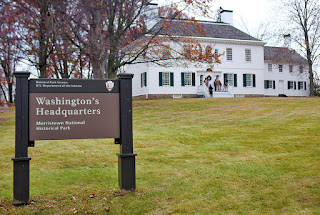 The Ford mansion is still standing and operated by the National Park service. https://www.nps.gov/morr/planyourvisit/washington-s-headquarters.htm

Author Bio: Elaine Marie Cooper’s most recent novel, Scarred Vessels, is a finalist in the 2021 Selah Awards Contest. Her novel, Love’s Kindling was the second-place winner in Historical Romance for the 2020 Selah Awards. Like many of Cooper’s books, they focus on the era of the American Revolution. She has authored several historical novels, a non-fiction memoir, and has been published in numerous anthologies and magazines. Although not a current resident of New England, Cooper’s heart for history was birthed there and continues to thrive.
Posted by Elaine Marie Cooper at 4:00 AM