While reading through a digital copy of my hometown’s weekly newspaper published during Homefront-WWII days, I came across several articles that recounted services rendered to local families of military personal by the American Red Cross Home Service Corp. I’d not been aware if this vital service provided by the American Red Cross, but as I searched through copies of the paper I found Home Service mentioned often. 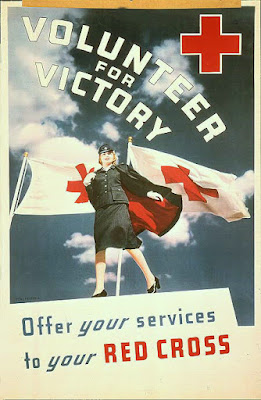 The American Red Cross (ARC)has a number of areas called volunteer corps that serve Americans at home when the U.S. is at war. Every chapter of the ARC that existed during WWII had a Home Service department that assisted the families of military members who were stationed overseas during the war. The website “World War II and the American Red Cross”, lists some of the functions of the Home Service Department as:
• Consultation and guidance in personal and family problems.
• Communication between service personnel and family members.
• Information and help with government regulations, pensions, and other benefits.
• Financial assistance, in the form of loans and grants based on need.
• Furnishing the armed forces with reports to
aid military authorities in making discharge
and furlough decisions.
The site also states: During the war years, the Home Service handled almost 18 million cases, participated in 42 million communications between troops and families, and provided over $38 million in financial assistance.
At the local level in Lake Geneva, the Home Service Department provided a broad spectrum of services from notifying a military member of the death of a loved one to even sending flowers to a military member’s sweetheart on Valentine’s Day. During the death or a very serious illness of a soldier’s loved one who was responsible for the family farm, a temporary furlough to enable him to return home to assist on the farm was granted.
Another incident occurred involving a young man who had been estranged from his mother for 19 years. His mother asked the Home Service Department at the local ARC for assistance and her son was located where he was serving overseas and a joyful reunion via letters occurred.
One very important task assigned to Home Service during wartime was establishing a connection between U.S. military personnel who had been captured and taken prisoner and were currently POWs. The International Red Cross will sometimes get involved in this, as well as the assistance of humanitarian aid workers. It was often tricky because the POW camps were located in enemy territory and not all of those POW camps abided by the Geneva Convention that outlines humanitarian care that must be provided to POWs under their authority.
Of course, the information I located on Home Service made its way into my Homefront WWII novel. I love writing historical novels because I learn so many unique things through my research.
Have you ever volunteered for an organization such as the Red Cross?

Pam Meyers has been writing since she was a child and kept a diary at age eight. She's published a number of historical novels set in her hometown of Lake Geneva, Wisconsin, along with several contemporary novels. She can be found on Facebook and her website at www.pamelasmeyers.com .
She makes her home in northern Illinois with her two rescue cats. She's only about an hour away from Lake Geneva and you'll often find her there nosing around for new story ideas.
Resources:
Lake Geneva Regional News; March 25, 1943, edition
American Red Cross Website: https://www.redcross.org/content/dam/redcross/National/history-wwii.pdf 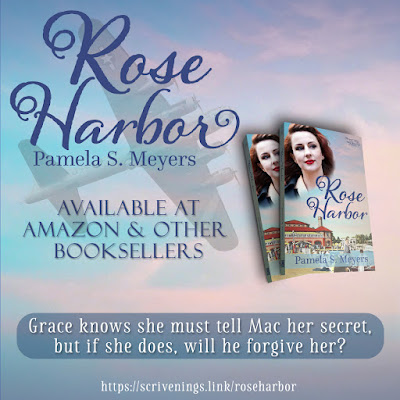