Hitting the road: A Legendary Tale of Two Brothers.

I'm going a different route today, and telling you about a little family reunion back in 1992.

A young couple had just moved from Vancouver to a TINY town in Ontario called Deep River. The husband (originally from Toronto) had been hired on at his dream job, and they'd left everyone and everything the wife knew and loved behind on the West Coast. It was hard to leave, but the young mother's beloved father understood, because he too had left home for something better, years earlier.

But the area was stunning and home-ownership had suddenly become a possibility for the city dwellers who had no hope of owning a place of their own. But, since Deep River was so small, and so far from any big cities, they were able to buy their first home for a price so low that their friends back in Vancouver simply couldn't believe it.

So, they settled in, and finally found a tiny Free Methodist church. Maybe 35 people. It was an adjustment. But everyone was kind and welcoming, especially the pastor and his wife.  After the young couple's first visit, the pastor introduced himself and mentioned that he'd been a missionary in Egypt, starting in the 60's.

"Where?" The young woman asked.

"Uhh, my dad went to university there." She said.

"Your dad?" Cue the blinking and starring, but she was used to it. "But you're a redhead!"

She was used to it, but that didn't mean she liked it. "He adopted us. So, when were you there?"

It turned out that this man pastored the same church that her father and uncle went to all through university, but they missed each other by a few months. They chatted for a while longer, then he invited them to the church picnic the following Saturday.

Hmmm...maybe I should back WAY up.

First, some history and geography. 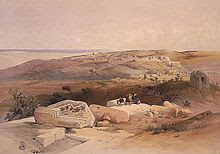 Painting of Gaza by David Roberts, 1839

Our first city is Gaza. But not the Gaza of the news today, the Gaza of 1700AD. It was an ancient, unimportant oceanside city on the Mediterranean, chewed up and spit out by centuries of war between Crusaders and Muslims, and their advancing and retreating armies, finally falling under the rule of the Ottoman Empire in the late 16th century.

There was not a lot going on in Gaza in 1700AD, but two brothers from a sleepy but pretty little village in Turkey decided to leave home and seek their fortunes there. Legend has it that they were called the Zarifehs, because they were from the beautiful village.

They arrived in Gaza sometime in 1700AD, ready and able to work hard to provide for their families and get further ahead in life than whatever their former home could provide. After a few years, one brother make the difficult choice to move further down the coast to Egypt, and settled in Alexandria.

That city was founded by guess who? Alexander the Great in 331BC (some sources say 332BC) on the Mediterranean Sea.

Alexandria was hopping. It was strategic for trade and shipping, travel, and military and naval power. It became a rival to Rome itself for splendour and culture, and had something called a lighthouse. 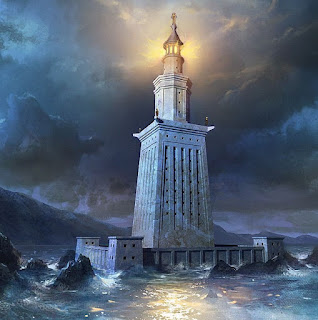 The lighthouse of Alexandria stood at least 330 feet high and there was nothing like it in the ancient world. It guided ships and sailors in and out of Alexandria's harbour, bringing centuries of prosperity to the region. It was one of the Seven Wonders of the Ancient World and stood until an earthquakes damaged it in 956, 1303, and 1323AD. A fort built in 1480 covered over the last remaining structures of the lighthouse.

But the city has remained, sometimes prosperous, sometimes a forgotten outpost, since its founding. The university there was founded in 1938, and is massive, and highly respected.

Now, back to our story.

Over time, the brothers and their families lost contact, but the descendants of each brother never forgot that somewhere, the other family carried on. But with wars and skirmishes continuing in that region for centuries, hope faded to nothing and each family line gave up their search for the other.

In 1964, two of the many-times-great-grandsons of one of the brothers emigrated from Gaza to Canada in 1964, one armed with a dentist's degree and one an engineering degree from The University of Alexandria.

One brother married a blue-eyed Canadian with three children and eventually adopted them, and they took his name. In 1992, his daughter and her husband packed up their belongings and moved east to a small town in Ontario, where they found themselves introduced to a pastor, who'd been a missionary in Alexandria.

While at the church picnic, the wife looked across the little park at a family and said to her husband "they're Arab."

She rolled her eyes and shook her head. "I can tell."

Just then, the pastor came over and said, "I want you to meet a young family."

So they followed him toward the table where the family of four was sitting alone. They rose from their seats and smiled at the pastor. He cleared his throat and made introductions. "Elias and Elizabeth Zarifeh, I'd like to introduce you to John and Jennifer Major."

The young redheaded mother wheezed like a stuck balloon, gaped at the other couple and gasped "WHAT?"

Elias straightened and stared her down. "Do YOU have a problem with MY name??"

The redhead coughed and grabbed her husband so that she didn't pass out. "Zarifeh is MY maiden name!"

Elias's wife flinched. Elias laughed at her red hair and said "WHAT?"

Over dinner, Elias and Jennifer sat there and chatted, then slowly realized that both of their ancestors were related, two brothers from a small village in Turkey.

That night, Jennifer phoned her father and told him about Elias from Alexandria. She also gave him Elias and Elizabeth's phone number. Her father called soon after, and they chatted many times over the year.

The next summer, Jennifer's parents came to visit, and her father brought a giant spreadsheet of genealogical data that traced his line of the family back to a young man in 1700, who left Turkey with his brother to seek their fortunes.

Down in Elias and Elizabeth's basement, Elias cleared off a gaming table and unrolled the same kind of document, right alongside the one Jennifer's father had brought and laid out. His detailed the brother who settled in Alexandria, and all his descendants.

Finally, after almost 300 years, the families were reunited, and it took the Canadian born redheaded Baptist daughter of a British Columbian-Gaza Arab at a Free Methodist church picnic in Ontario to do it. 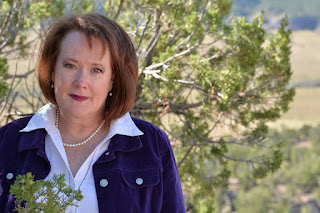 Jennifer Major is from Vancouver, BC, but lives an hour from the Atlantic in Eastern Canada. She and her scientist husband have four adult children, and a Black Labrador puppy. She writes about Native American history and can be found at www.jennifermajorbooks.com .