In the 1800s, settlers flocked to the Midwestern prairies, some with more in mind than finding the richest soil capable of producing abundant crops. Men went in search of gold and silver, copper and ore, but it was the humble pine further north that became king of the most-desired resources. Everyone needed lumber, and pine was perfect for building homes, businesses, and furniture. It was straight-grained, easily worked, massive in quantity, and transportable by water due to its ability to float. This was important, because the pine lands—or pineries, as they were called—stretched from New England to Canada’s upper west along those long mighty waterways such as the Great Lakes chain, the Mississippi, and a thousand other important rivers and their tributaries. White pine soon became the treasure of the upper Midwest and later the upper Pacific regions of the far west. 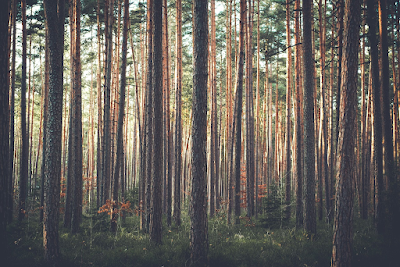 Many major cities and towns in my state of Wisconsin were developed due to the discovery of vast pineries along tributaries that fed rivers such as the Wisconsin, the Black, the St. Croix, the Peshtigo, the Fox. They were cut and floated from the northern forests to the sawmills built enroute. Their lumber was sent on to places like Minneapolis, Chicago, and St. Louis.
Wisconsin’s first settlers came to the southern parts of the state to mine lead, and they had their lumber sent to them from the east at great cost. Soon, however, land speculators and timber cruisers discovered the best pineries up north. It must have been a very competitive process at times, as cruisers raced and even fought to lay claim to various tracts ahead of others. Then the lumberjacks arrived to begin the process of clearing out the mighty trees. 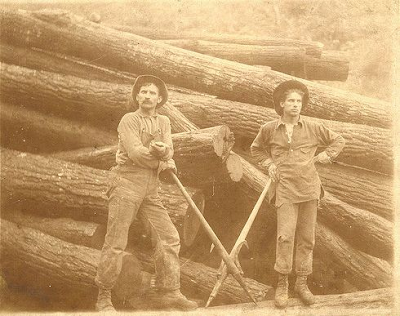 Of course, much of the land already belonged to the native tribes who dwelt among them, which led to further conflict.

Pineries lay thick throughout the forests of Michigan, Wisconsin, and northern Minnesota. By 1865, Michigan led the way in timber production among all the states. By the 1890s, Minneapolis ruled world lumber markets. Men who started out with little more than a dream and a land claim became lumber barons. Many a Northwoods community is dotted with old mansions built by these empire builders. 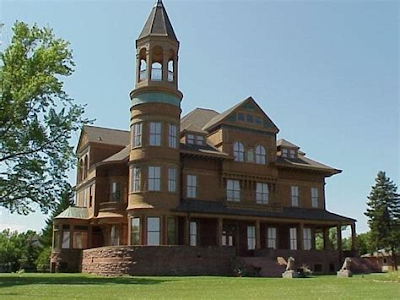 Fairlawn Mansion and Museum, Superior, WI - Built in 1891 by lumber and mining baron Martin Pattison, for his wife and six children.
Eventually the pine played out. A seemingly endless resource was indeed finite. Iron and copper mines took control of parts of the region, and farmers moved in to try and farm in those cutover areas. Yet even today the pine is harvested, though with much better management so that a future industry remains intact.

In my novel series Empire in Pine, I track the growth and climax of the Wisconsin’s lumber industry through the lives and adventures of three generations of women and the men who love them. Coming in February 2022, I along with three other authors celebrate another set of stories that feature lumberjack lore and romance. Lumberjacks & Ladies: 4 Stories of Romance Among the Pines is available for pre-order. In that collection, my novella called Not for Love is set—you guessed it—near the pineries!

In future months, I’ll talk more about the pineries, the lumberjacks, and the lumber barons here on Heroes, Heroines, and History. Please join me! 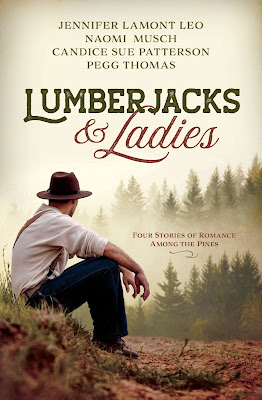 Lumberjacks and Ladies Work Together to Build America
Struggling to remain independent in the 1800s, four women reluctantly open up to help from lumberjacks—and love.

Don’t miss out on more details of new releases and life in the northwoods:

Newsletter signup
Posted by Naomi Musch at 4:00 AM