"Back to the Salt Mines" 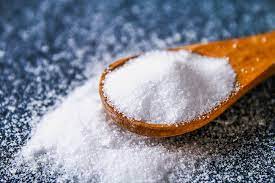 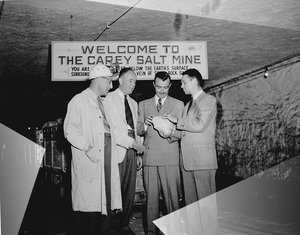 Salt has been around as long as man has sought to flavor or preserve his food. Perhaps even longer as it is a requirement of the body in order to function properly. So, where do we get such important stuff as salt? From a salt mine, of course. Growing up in Hutchinson, Kansas I knew the city was nicknamed the Salt Capital of the World and that the Carey Salt company originated there. I even knew where the salt mines were located in South Hutchinson, but I never realized what a big deal a salt mine is and how important a commodity salt has become over the years. I set out to learn some of this recently and hope you’ll come along with me on the adventure of discovering the history of salt mining. 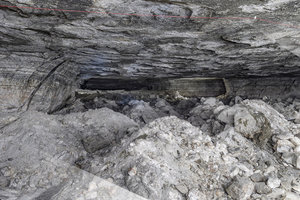 Before the invention of the internal combustion engine and earth moving equipment, mining salt was classified as one of the most expensive and dangerous processes/occupations. This is primarily because workers can quickly experience intense dehydration when in contact with salt in mine passages and in the air as salt dust. They must also deal with the susceptibility to accidental excessive sodium intake. Salt is abundant today, but until the Industrial Revolution, it was a valuable commodity and often mined by slaves or prisoners. Life expectancy for the miners was low. Ancient China was among the earliest civilizations in the world with production and trade in mined salt. They first discovered natural gas when they excavated rock salt. The Chinese, excavated natural gas and used it to boil a rock salt solution, then gradually mastered and improved the techniques of producing salt, both from underground mining and extracting it from the oceans. 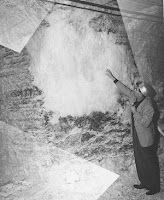 Ironically, and in spite of the dangers of the occupation, the term salt mines, and the phrase back to the salt mines, refers to the workplace as a dull or tedious task. This phrase apparently originated in reference to the Russian practice of sending prisoners to labor in Siberian salt mines.Salt was discovered southwest of Hutchinson in 1887, representing the first significant salt discovery west of the Mississippi. The original salt discovery site is open to the public, now known as the Hutchinson Salt Company. The original salt mine shaft is still used today by the miners today. A vast expanse underground, the Hutchinson Salt Company mine covers about 980 acres. If one were to consecutively line up each excavated area, the chamber would stretch for 150 miles (240 km).

In the early days workers simply hacked at the salt-face with pick-axes. Cave-ins were a common problem. Today more advanced and safer methods are used. Modern methods are referred to as ‘the room and pillar procedure’ involving removing the salt in a checkerboard pattern so that pillars of salt are left behind to serve as support.

Mine trains, called mantrips, were the original method of moving around and transporting salt in the mines. With advancement, miners used the Joy Loader from the 1940s until 1983 when the rail system was discontinued. Named for its manufacturer, the Joy Loader increased efficiency by eliminating the need to hand-load ore cars. This large piece of equipment was brought down the shaft in pieces and welded back together underground. Once a piece of equipment is underground, it remains. When equipment finally outlives its usefulness, it is usually abandoned in an area already mined.

So what happens to a large underground salt mine when the salt is depleted? Old mines in Hutchinson are now used by underground storage companies to store documents, artifacts, and other valuable material from around the world. The weather in Kansas is often unpredictable, but conditions underground are constant. The mine naturally maintains a temperature of 68 degrees with a relative humidity of around 45%, ideal conditions for underground storage. The high security level created by “shaft only” access, and the mine's safeguard from natural disasters like tornadoes, floods, hurricanes or earthquakes make it a popular place for artifacts from popular movies such as Gone with the Wind and James Dean’s shirt from Giant.

So now you know all about salt mines. Who knew that little round box in your cupboard could be a history lesson? 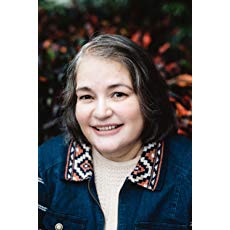 Scribbling in notebooks has been a habit of Cindy Regnier since she was old enough to hold a pencil. Born and raised in Kansas, she writes stories of historical Kansas, especially the Flint Hills area where she spent much of her childhood. Cindy is married to her husband of 37 years, has two grown sons, a son residing in heaven, and two beautiful daughters-in-law.