The History of Ink Pens

THE HISTORY OF INK PENS
BY
MOLLY JEBBER
AMISH HISTORICAL ROMANCE AUTHOR
With regard to pens, archaeologists have discovered metal nibs in Ancient Egypt and bronze pen points in Pompeii, and they believe these findings date back to 79. 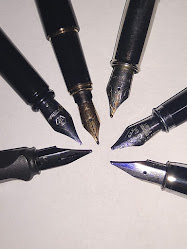 Ancient Egyptians invented the pen as a basic tool to write in 2000 BC. They created a reed pen made out of hollow stems of marsh grass. An example would have been the bamboo plant.

In 600 AD, the quill pen was created and used from the seventh to the nineteen century. Europeans used bird feathers taken from living swans, turkeys and geese to make the pen. 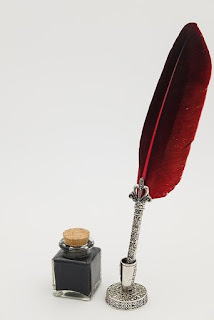 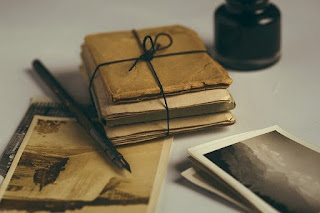 These ink pens functioned the same as quill pen, where you would need to dip it in ink, but these were sturdier and less expensive. By the 1850's, historians claim about half of all dip pens were made in Birmingham.

In 1827, Petrache Poenaru, A Romanian, was given a patent for the first fountain pen with an ink barrel. This pen wasn't popular because of there was no ink at all or it caused too much blotting. The inventor never corrected these problems.

In 1884, Lewis Edson Waterman developed and was given a patent for the three-channel ink feed fountain pen. The design ensured a smooth flow of ink during writing, and this pen became popular.

In the 1930's, Lazlo Biro, a Hungarian journalist, who lived in Argentina during World War II attempted to make the ballpoint pen. He was frustrated with ink smudges. He used faster drying ink and a small rotating metal ball to distribute the ink for his creation.

The ballpoint pen was a turning point in the evolution of the pen that takes us up to modern day. It was a durable, more convenient writing pen that could write on surfaces such a wood, cardboard and even underwater. At that time during the 19th century, this was a revelation that essentially ended the era of ink writing.


In 1943, Lazlo asked his brother Georg to join him in this venture. Georg was a chemist. They were granted a patent for their invention. Their Biro pens became the most popular ballpoint pen. The British government later bought the rights for the pens. They liked the ball pen since it was a firmer and could write at high altitudes. They were used by  the Royal Air Force Crews. 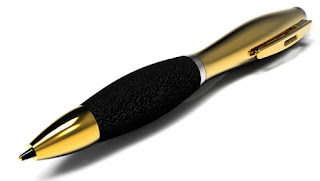 Thank you for visiting me here today! Visit me at Molly Jebber Website for a list of my books and where I'll be speaking. My newest release is: 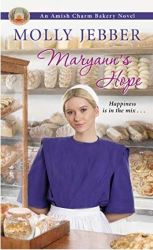