Dr. Mary Edwards Walker: A Woman Way before Her Time 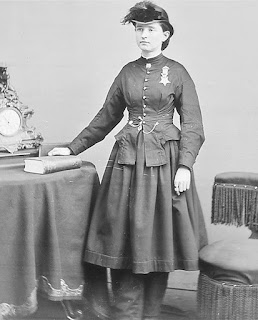 If you are a female reading this, it’s probable you’re wearing pants of some sort. If you are, you can thank the good doctor, Mary Edwards Walker. Because of her consistent battle to allow women and girls the right to wear trousers for both safety and hygienic reasons, we are not arrested again and again or assaulted as she was in the late 1800s.

Her progressive beliefs that women should be able to wear comfortable clothes, go to college, become doctors, vote, and not be treated as property were engendered by her parents who held the same academic expectations for her as her brothers. Small in stature, her passion for justice made her popular with the people she helped but a laughingstock with the newspapers. 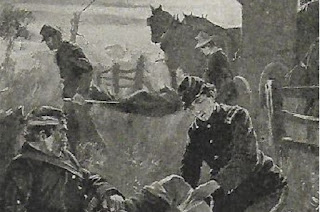 During the Civil War, Mary worked tirelessly as an unpaid surgeon on the battlefield with dying soldiers, blocking other surgeons from amputating arms and legs when there were alternatives. Mary wore trousers underneath a knee-length skirt because it made her work easier. She went to extreme lengths to help her patients, even traveling into enemy territory to carry a message to a dying patient’s family. She was captured by the Confederate army for being a spy and sent to Castle Thunder. 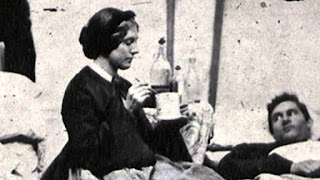 If Mary had one fault, it was her lack of being a team player. Although the right to vote became a new passion after the war, she was often at odds with Susan B. Anthony and the larger suffrage movement because Mary insisted the U.S. Constitution had already given women the right to vote and only needed enactment by Congress. Because of her strong views, she was blocked from suffrage meetings. 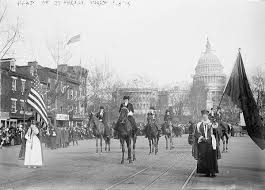 Nothing came easy to the doctor. She was awarded the Medal of Honor, then it was taken away from her because she wasn’t an officer or an enlisted man when she served on the battlefield. However, Walker felt that she had been awarded the Medal of Honor by President Johnson because she had gone into enemy territory to care for the suffering inhabitants, when no man had the courage to do so, for fear of being imprisoned. President Carter’s administration posthumously reinstated her award. 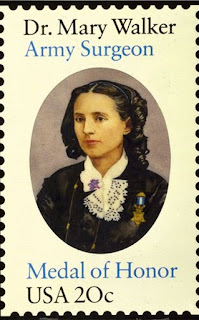