I often write stories that involve lumberjacks. It comes with the territory of being a writer growing up among Wisconsin's woods and loving to explore my state's history. The long, tough job of lumberjacking coupled with the living conditions and the growth of the industry through state history, make for great story lines and, of course, interesting heroes.

Lumberjacking is still alive and well, although of course it now involves specialized big machinery and technology, not to mention, nowadays lumberjacks--or loggers, as we simply refer to them these days--go home to their own beds every night. They no longer spend their winter nights stacked like cordwood in bunkhouses surrounded by a crew of snoring men, their bedding crawling with lice, and the malodorous scent of crusty wool socks steaming around the wood stove. Eek!

While I love the historical details about life in the by-gone lumberjacking eras, there was also a very sweeping and tragic event that occurred at that time in Wisconsin history. That was the firestorm of October 8, 1871. The day of the Great Peshtigo Fire.

Have you heard of it? Very possibly not. Yet: 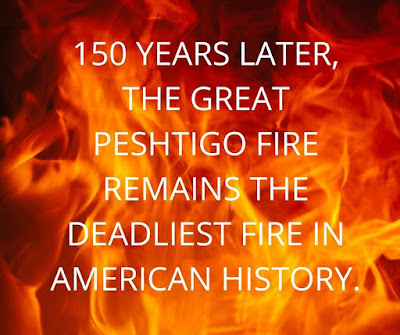 The fire was named for a tiny lumbering community in the northeast corner of Wisconsin. Peshtigo, a village of 2000 permanent residents, surrounded by forests and smaller communities of Native peoples and immigrants, was built on the forest products industry. Home of one of the nation's largest sawmills, the reverberating whine of the great buzz saw rarely quieted. The huge woodenware factory turned out mountains of goods from buckets to broom handles and every other imaginable wooden item useful for the home. Because of the plentiful supply of trees (the story goes that a squirrel could run all the way to Michigan without leaving the branches to touch the ground) everything was built of wood, from houses with their wooden shingles, to the corduroy roads and wooden sidewalks underfoot. Sawdust was piled everywhere and used for everything from packing down the mud in the street to stuffing mattresses. And the forest pushed right up against the town. To the west lay miles of thick hardwoods called The Sugarbush.

A river ran through town--the Peshtigo River. Like hundreds of other rivers up north, it was used to carry logs to market. The previous year had been a dry one, and the drought extended into 1871. The Peshtigo was low, as were all the other rivers. Some wells had gone dry. Meanwhile, logs were piled high along the banks, waiting for the time when rain would fall and they could finally be sent downstream. But that day didn't arrive.

Lumberjacks had been used to clearing forest and burning the brush left behind. Railroad construction crews did the same thing. Likewise, the farmers burned stumps and brush when clearing the land to put new fields to the plow. It wasn't uncommon for some of those brush fires to be left unattended to burn themselves out. But during the early fall of 1871, a recipe for disaster awaited.

A low-pressure front from the west rushed in. The season, along with being very dry, was also very warm--unusually warm for northern Wisconsin. But as the low pressure system met the hot air and rose to cool, it created hurricane-force winds which caught those flagrant sparks and fanned them, conflagrating into a firestorm described as nature's own nuke. Raging at 110 mph, temperatures inside the whirlwind reached as much as 2000 degrees. Goodness! I can't even imagine it!

The fire swept through forest and farmland and finally Peshtigo, decimating everything in its path. Trees and buildings went up like roman candles. Fireballs sailed through the air. The air was so hot, and the monster so intense, people fleeing in its path had difficulty opening their eyes. Their clothing caught fire, their hair, their wagons. Some ran toward the river, while others ran away from it. Many couldn't escape. The noise was like a thousand trains, while actual trains were tossed into the air and their steel wheels melted. It was chaos. Most horrific were the stories of human spontaneous combustion.

By the time the fire was over, 1.2 million acres had burned, an area 50% larger than Rhode Island. The fire ate through sixteen other towns, but Peshtigo and the nearby area suffered the worst. The city was gone in about an hour, and nearly half the population of the city lost their lives. In all, estimates are that between 1500 and 2500 people died in the Great Fire, though exact numbers are uncertain, as all records in the city were lost to the flames. Nothing remained. 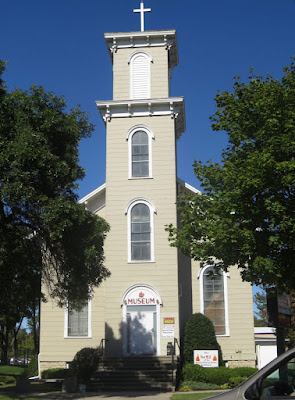 Today, you can visit the Peshtigo Fire Museum, housed in a former church that stands next to a cemetery where some of the victims were buried. Nearby, a mass grave holds the remains of many others.

But what may come as another surprise is that: 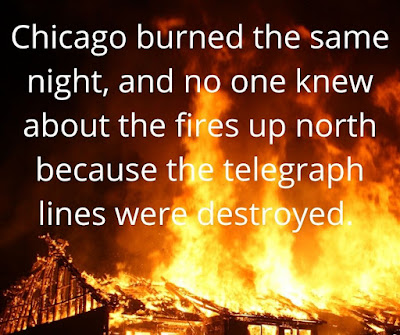 While the world focused on "the Great Chicago Fire" resources were rushed to aid, including everything from food to blankets sent by Wisconsin's governor to Chicago. Meanwhile, up north the world burned, but no one knew until about it until after the fact. Although six or seven times as many lives were lost up north, little attention was given to the huge fire because of its rural location.
Yet the stories remain, and generations later, the souls lost there are remembered.
Next week, October 4-10, you can get my novel The Red Fury about that event on sale for .99c. Don't miss this story called "An absolute must-read!" (Review) 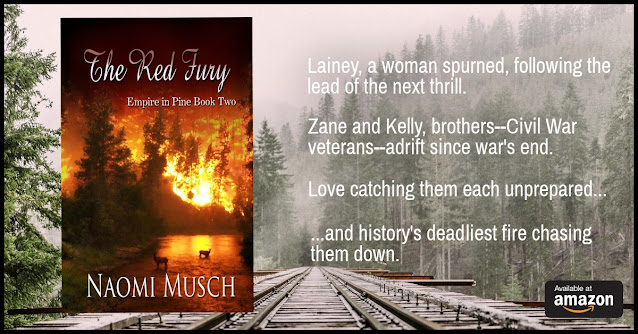 
Peshtigo, Wisconsin ~ 1870
Spurned twice since the death of her true love, Lainey Kade has become the object of talk. To escape the gossip, she embarks on a journey that crosses her path with brothers Zane and Kelly Beaumont, Civil War veterans whose nightmares have never let them return home. She first pretends to be a married woman, but as the ties of their adventurous friendship tighten, Lainey denies love's rekindling spark. Now their attraction to Lainey may tear brothers apart, and as history’s deadliest fires rages toward them, Lainey may be burned by her own heart’s fury.