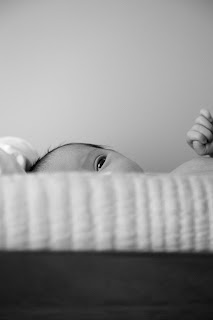 Happy Autumn, everyone! I'm so glad to be back with you during this beautiful October. We are continuing our series on famous infants in history with a look at a revolutionary achievement in a science that is close to the heart: infertility.

It is estimated that about 15% of couples struggle with infertility. I personally know several couples who have gone through that valley, and it is a very difficult one. The WHO organization estimates that 1 in 4 couples in developing countries will struggle to have a child after one year of trying. Scientists have done so much work in trying to discover what contributing factors are, how they affect the individual, and how to overcome it. And they have made a lot of progress. Today we are going to talk about one milestone in this field, the In Vitro Fertilization (IVF) process.

IVF is a delicate process that involves taking a mature egg from the female subject, and mixing it with sperm from the male subject in a laboratory "tube", then implant the fertilized embryo into the uterus of the female subject after a few days. This is where the term "test tube baby" originates.


Today, IVF is considered mainstream treatment for couples with fertility issues, however in 1977, when Lesley Brown agreed to this experimental treatment, it was unheard of, and it took a lot of steps to even reach the possibility of attempting such a procedure with humans.

The research in this area had begun more than a eighty years before with the IVF of animals. Walter Heape, a physician and professor at Cambridge University in the United Kingdom was the first to successfully transfer the embryo of a mammal in 1891, but it wasn't until 1958 that a study by Anne Mclaren and John Biggers proved that eggs could be fertilized outside of the female's reproductive system and create a healthy embryo. A year later, Min Chueh Chang from the Worcester Foundation in Massachusetts proved that IVF could proceed to the birth of a live baby in their trial with rabbits. This discovery lit the way for experimentation with human fertilization.


There are a handful of reports prior to 1977 of failed IVF pregnancies. However, doctors Patrick Steptoe, Robert Edwards and Jean Purdy had been collaborating for about 10 years, attempting to find a successful way to complete the IVF procedure.

Lesley Brown was born and bred in Bristol, England. When she was 16, she entered a relationship with John, a single father of two daughters whose first wife had left him for another. While Lesley adopted both girls upon her marriage to John, and the two girls considered her a mother to them, she still longed for one of her own. However, even after almost a decade of trying, she could not conceive. Medical consultations concluded that it was due to blocked Fallopian tubes. But Lesley was willing to try anything to have a baby of her own. She was then referred to Dr. Patrick Steptoe.

John and Lesley traveled 180 miles to Oldham in order to participate in the experimental procedure of In Vitro Fertilization. Lesley was able to successfully hold the pregnancy upon the first attempt. However, once the news of the pregnancy reached the public, a tidal wave of scrutiny and ethical questions bombarded the Brown family and all involved. Some critics even went so far as to deem the unborn child "Frankenstein."

On July 25, 1978, at just thirteen minutes until midnight, Louise Joy Brown was born via cesarean section as the first live and healthy baby conceived through IVF. Newspapers across the globe packed the story, and ethical debates escalated.

One of the main concerns regarding babies born via the IVF procedure, was if they would be able to conceive children naturally themselves. This question was answered when Louise and her little sister both conceived and gave birth to children naturally.

While her fame may be somewhat controversial, simply because of the manner in which she was born, Louise remains one of the most famous infants in world history. 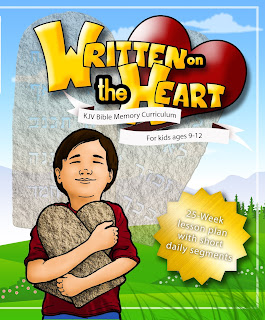