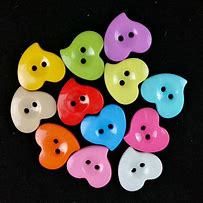 Button, button, who’s got the button? Apparently, everyone from ancient times to today. What a versatile little accessory. So important, it gets its own national day every November 16th, (which happens to also be my birthday—unofficially, Cute As A Button Day.) 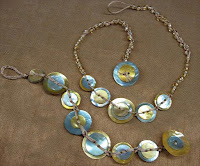 Throughout history, buttons have been fashioned from almost every material imaginable, including wood, bone, metal, fabric, and abalone. The first buttons weren’t functional, but rather ornamental, never to be worn in a row, and mostly made of shell. A 5,000-year-old button was found in what is now Pakistan. It had a decorative flat face and slipped into a loop. 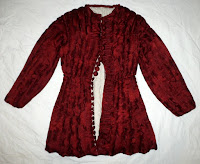 The Ancient Romans, who seem to have had their hand in just about everything, tried to incorporate the button in their flowing robes. However the unseemly holes the large, heavy buttons created were unacceptable. It wouldn’t be until the medieval ages that fasteners caught on. Royalty and nobility wore tight fitting clothes, which would have been difficult to get into without separating the fabric and clasping it back together. By 1250 A.D., French guilds started forming and were dedicated to regulating the manufacturing and use of the button. However, only those with affluence were allowed to adorn themselves with the ornate closures. Talk about overreach! 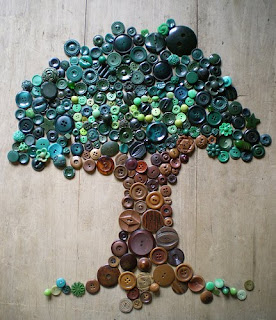 The Industrial Revolution came to the rescue for all the middle-class citizens with button envy. Buttons could now be mass produced making them more affordable. 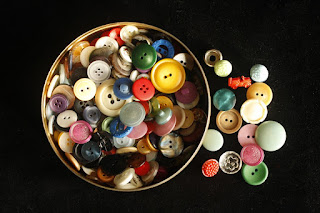 Finally, plastics became readily available in the 20th Century. Buttons of all shapes and sizes satisfied the demands of those wishing to incorporate them in their fashion, for practical or decorative purposes. My mother had a round box, about six inches wide and four inches deep, colored red with dots on the top to look like a button. It held—wait for it—buttons! Of all kinds. Having lived through the Great Depression, it had been instilled in her to save everything savable, and buttons were easy to cut off clothing that was no longer wearable. If I ever lost a button, there was surely one in there that would do. 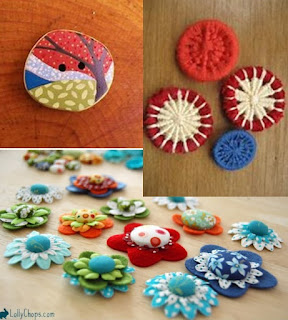 The variety of buttons today is staggering. Some still are made of organics such as wood and shell, while others are handcrafted pieces of art.

Do you have any favorite buttons? Here’s mine.