Charlie Chaplin lived an interesting life, exceling in film and stage. He was born in 1889, in London, England and his childhood was pretty difficult. Charlie’s parents were both performers. His mother had a name on the small stages, and his father was a singer that the audiences enjoyed. They separated when Charlie was two and his mother struggled to make ends meet. Charlie spent two stints in the poor house and on occasion found work acting.

By the time Charlie reached his teens, his father had died and his mother was committed to a mental asylum. For the next few years, life was very uncertain. His mother was released a time or two, but always had to go back. Charlie and his older half-brother, Sydney, had to fend for themselves.

Charlie was in his first production when he was twelve, a smaller part, which led to him acting on stage in different productions of “Sherlock Holmes.” Charlie had inherited acting ability and was very popular with the audiences.

When his “Holmes” acting ended, Chaplin turned to doing comedy routines in a vaudeville act. This gained more notice and he came to America with the Fred Carno Repertoire Company in 1910. He was so popular with American audiences that when the Carno Company returned in 1912, Chaplin was offered his first contract in motion pictures.

Chaplin started with Keystone Film, earning $150 per week. In a very short time, the audience’s enthusiasm for Chaplin led to him change companies and begin a more lucrative career. Meanwhile, his brother, Sydney, arrived from England and took Charlie’s place with Keystone.

In 1917, Chaplin decided to make his own films. He broke ground for his own studio. His first film was “A Dog’s Life.” Film production slowed as he turned his attention to traveling to help the war effort. In 1918 and 1919 he produced “Shoulder Arms,” “Sunnyside,” and “A Day’s Pleasure.”

In 1921, Chaplin made what some refer to as a masterpiece. His film, “The Kid,” first featured child star Jackie Coogan. This film led to him featuring one of the child actresses, Lillita MacMurray, in his 1925 film, “The Gold Rush.” At this time, Lillita was not quite sixteen. Chaplin changed her name to Lita Grey, started an affair with her while filming, and six months later married her when she got pregnant. Their marriage was not a happy one and only lasted about three years.

Charlie and Lita’s divorce was sensational even in Hollywood. Lita did her best to smear his reputation and he did suffer some setbacks. Still, he continued to make films that were popular.

In the 1940’s, Chaplin suffered a real setback with the rise of Hitler and with Chaplin’s outspoken political views. Some people believed there was a connection between Hitler and Chaplin. They were born four days apart. They had a similar look, including the same type of mustache. The controversy was so fierce that despite Chaplin’s anti-Hitler stance, it spurred him to make the film, “The Great Dictator,”  a comedic parody of Hitler. Both Winston Churchill and Franklin D. Roosevelt liked the movie. “The Great Dictator” received five Academy Award nominations.

When Chaplin was 54, he was introduced to Oona O’Neill, daughter of Eugene O’Neill, the American playwright. Chaplin describes their meeting as the happiest day of his life. Oona was 18, and they married a few months later. They remained married until Chaplin’s death in 1977 on Christmas Day. He and Oona had eight children.

Have you seen any of Chaplin’s films? I remember seeing some as a young girl, but haven’t watched any in years. I’d love to hear your thoughts. 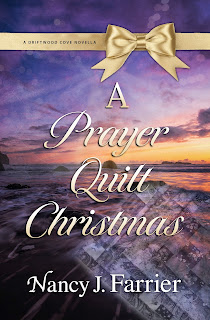 Her ex-husband took her boys away for the holidays, and she’s lost her heart to celebrate, but he is determined to make this Christmas special for her.