Women Artists of the Gilded Age 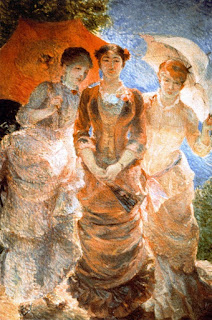 By Susan G Mathis
Until the late 1800’s, unmarried women were banned from leaving their home without a chaperone, nor did they have a formal education. Instead, they were expected to learn domestic duties and marry as soon as they came of age.

Still, a few privileged women studied art, but they were allowed to only paint portraits and domestic scenes. Men critics dismissed their work as amateur, silly, unimportant, but these women were quietly blazing a trail for those to come.

Three women rose in stature during the Gilded Age—Mary Cassatt, Berthe Morisot, Marie Bracquemond—who became known as “Les Trois Grandes Dames.” Though seen as unimportant during their time, in the years to come they gained notoriety and attention in the world of Impressionism.

American Mary Cassatt was a founder of the Impressionist movement. As a suffragette, she fought for women’s rights and created art that showed women as people not objects. She lived in Paris and exhibited her work at the famous Salon. Degas even invited her to join him and other male artist at an exhibition. While she pained mainly women, the mother/child relationship filled most of her work. Her work with women’s equality yielded a growing pool of female artists. 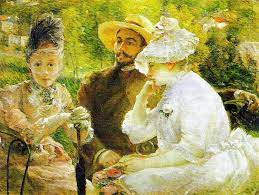 Berthe Morisot painted the modern woman, exhibiting her work with other Impressionists at the Salon de Paris. Her paintings, drawings, and watercolors emphasized women and children with daring artistic experiments. Unfortunately, she died at age fifty-four.

Marie Bracquemond struggled financially to pursue her craft. She was mostly self-taught and even did work-for-hire projects that included going to a prison to paint the Spanish writer Miguel de Cervantes. Later, Monet and Degas mentored her, but by 1890, her husband forbid her to do her art. 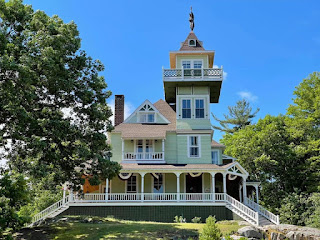 These three dames boldly led the way to many more women artists. In my story, Colleen’s Confession, an orphan lass is changed by the influences of these women.

How has women’s art touched your life? I’d love to know. Leave your answer or comments on the post below and join me on January 19th for my next post. 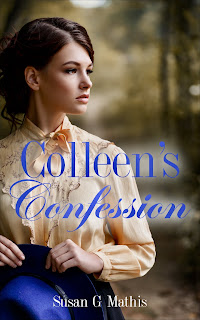 Colleen Sullivan has secrets as she joins the staff on Comfort Island. She loves to draw and dreams of growing in the craft. But tragedy strikes and her orphan dreams of finally belonging and becoming a wife and an artist gone, what will her future hold?

Jack Weiss enjoys being the island’s groundskeeper and is smitten by the lovely Irish lass. Colleen dismisses him at every turn, but when he introduces her to the famous impressionist, Alson Skinner Clark, Colleen finds hope. Will she finally embrace his love for her? With the Thousand Islands' summer ending, he hopes she will. 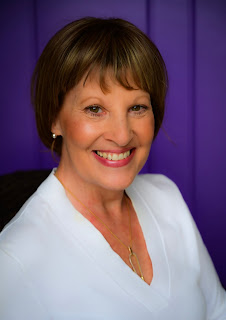 Susan G Mathis is an international award-winning, multi-published author of stories set in the beautiful Thousand Islands, her childhood stomping ground in upstate NY. Susan has been published more than twenty times in full-length novels, novellas, and non-fiction books.

Her first two books of The Thousand Islands Gilded Age series, Devyn’s Dilemma, and Katelyn’s Choice have each won multiple awards, and book three, Peyton’s Promise, comes out May 2022. Rachel’s Reunion is coming soon. The Fabric of Hope: An Irish Family Legacy, Christmas Charity, and Sara’s Surprise, and Reagan’s Reward, are also award winners. Susan is also a published author of two premarital books, two children’s picture books, stories in a dozen compilations, and hundreds of published articles. Susan makes her home in Colorado Springs and enjoys traveling around the world. Visit www.SusanGMathis.com/fiction for more.