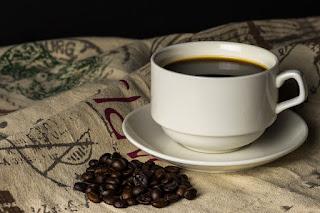 As I sit at my desk sipping my morning coffee, it occurs to me how strange it is that the United States has transitioned into a country of java-drinkers. It was not always so—especially before the American Revolution erupted in 1775. 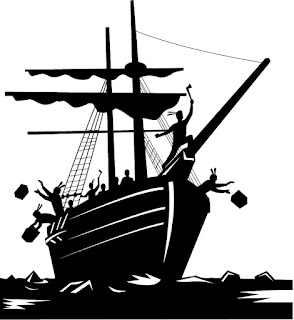 In fact, even by 1773, American colonists had become so angry with Britain’s Parliament for all the taxation on their beloved tea, they threw overboard three cargo ships of the leaves into Boston Harbor. The Tea Party was definitely a statement of outrage that became a sacrifice for the Bohea (Boo-yee) lovers of Chinese tea.

And so coffee came on the scene as the drink of the Patriots. The demand of the rebels to abstain from drinking taxable tea was so great that the brew was strictly forbidden in the Colony of Massachusetts in 1775. Neighborhood committemen were assigned to monitor private households to ensure that only coffee or herbal teas were served.

Anyone caught drinking the banned brew of tea taxed by England would be deemed a Tory.

Drinking coffee was akin to declaring independence for America. Coffee became the preferred drink of the patriotic cause although many still desired the black or green tea that they had been accustomed to. But preferences aside, the popularity of coffee in America soared after the Boston Tea Party.

In fact, the Party itself was planned and the details plotted out in a coffee house called The Green Dragon. But while coffee was suddenly in high demand, it had actually arrived in the colonies in the late 17th century, at the same time as tea.

Coffee originated in the Arab countries but live plants were transported to greenhouses in Holland in 1616. From there, the Dutch began to grow this popular bean in India and Java (now called Indonesia). Within a few years, the Dutch were the main suppliers of coffee to Europe. 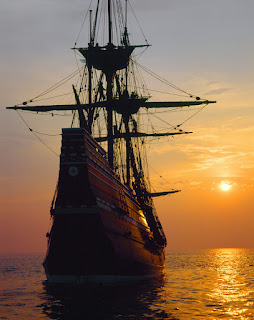 The Holland connection brings up another interesting tidbit from my research. A mortar and pestle for “braying” coffee beans into powder was brought over on the Mayflower in 1620 by passengers William and Susanna White. The emigrants onboard the Mayflower had resided in Holland for a time before leaving for the New World. Thus, the first coffee may have arrived with the first colonists arriving at Plymouth, although there was no record of the beans actually carried as cargo onboard.

According to Dennis Picard, historian at Storrowton Village museum, “coffee was shipped and purchased green, and the homeowner had to roast each batch either in a spider (a frying pan with legs) or a metal drum shaped roaster.” It was then ground with a mortar and pestle.

Crank coffee grinders began to be used in homes in the early part of the 19th century.

The first literary reference to coffee consumption in North America is from 1668, when coffee houses were established in New York, Philadelphia, Boston and other cities. Often these coffee houses also served other beverages, such as tea, ale and cider.

A reference to coffee and tea is found in Shirley Glubock’s Home and Child Life in Colonial Days:

“In 1670, a Boston woman was licensed to sell coffee and chocolate, and soon coffee houses were established there. Some did not know how to cook coffee any more than tea, but boiled the whole coffee beans in water, ate them, and drank the liquid; and naturally this was not very good either to eat or drink."

At the time of the Stamp Act, when patriotic Americans threw the tea into Boston Harbor, Americans were just as great tea drinkers as the English. Coffee-drinking, first acquired in the Revolution, has also descended from generation to generation, and we now drink more coffee than tea. This is one of the differences in our daily life caused by the Revolution.”

Just one of the many differences, indeed.

My favorite excerpt about coffee and the American Revolution was an incident recorded by Abigail Adams in 1778, and quoted in Revolutionary Mothers by Carol Berkin:

“An eminent, wealthy, stingy merchant (also a bachelor) had a hogshead of coffee in his store, which he refused to sell…under six shillings per pound. A number of females, some say a hundred, some say more, assembled with a cart and trunks, marched down to the Warehouse and demanded the keys which he refused to deliver. Upon which one of them seized him by his neck and tossed him into the cart. Upon his finding no quarter, he delivered the keys when they tipped up the cart and discharged him; then opened the Warehouse, hoisted out the coffee themselves, put it into the trunks and drove off…a large concourse of men stood amazed silent spectators.”

I suppose the moral of that tale is, never stand between a woman and her coffee—especially during a Revolution! 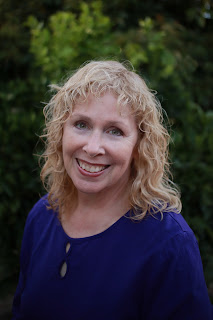 I want to thank all the readers of my blog posts at Heroes, Heroines and History. I have much writing to do for my contracted novels and must bid a fond farewell as a regular contributor. It has been a pleasure and I hope to see you at my own website blog posts! www.elainemariecooper.com 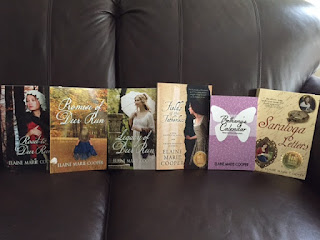 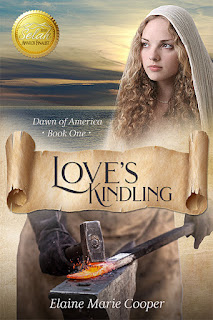 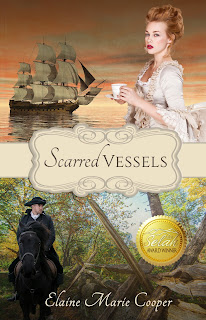