The Last Days of the Jekyll Island Club 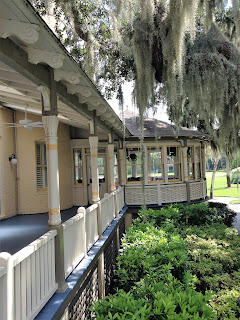 In my posts the second half of this year, we’ve followed the Jekyl [early spelling] Island Club off the coast of Georgia from its 1880s formation to its heyday. We’ve peeked inside the amazing cottages millionaires built around the Queen Anne clubhouse. Finally, with this December post, we’ll discover what caused this Edwardian hunting and sporting resort to wane.

During World War I, the club’s northern members supported the war effort, but their cycle of winter vacations to Jekyl continued. A $45,000 clubhouse renovation including a new dining room took place during the summer of 1917. However, floating debt had accumulated over the five years prior, requiring pledges for a subscription drive. In the following seasons, new memberships dropped as Florida resorts offered a shiny alternative. Wartime inflation had also increased the cost of goods and labor. However, Jekyl’s new president, Walter James, brought stability and growth from 1919 to 1927. This period saw the development of the Great Dunes Golf Course, a new swimming pool, and the preaching of the gospel of wealth by a resident bishop from Massachusetts.

In the summer of 1929, the Georgia legislature passed a resolution to correct the spelling of Jekyl by adding a second L, as the island had been named for the friend Georgia founder General James Oglethorpe, Sir Joseph Jekyll. Less than three months later, on October 24, 1929, the stock market crashed. Members invested private funds that year, keeping things afloat, but by the end of 1931, membership had dropped from 97 to 71. New memberships dried up.

In March of 1930, the club lost its longtime superintendent, Ernest Grob. J.P. Morgan stepped in. He oversaw the mortgaging of the club for half a million dollars and the establishment of a lower tier of much more affordable membership (without the ability to hold office). Women also moved into leadership roles. However, members became fond of saying, “They doubled the L, and it all went to …”

When German submarines were sighted off the Georgia coast following the attack on Pearl Harbor, within view of a club that represented one-sixth of the world’s wealth, the president ordered its closing within a matter of hours. The club did open in 1942, but shortages made for a limited season. Wartime caretakers oversaw the island as members lost interest, with many cottage owners donating their homes to the club. A timbering contract barely held finances together. By summer 1946, Jekyll Island was placed under the oversight of the Sea Island Company. After a period of legal wrangling, the Jekyll corporation dissolved in January of 1948, and Georgia began preparations to open the island as a state park. 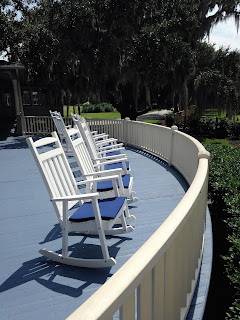 In 1978, the historic district earned Landmark District status, becoming known as the Jekyll Island Club National Historic Landmark District. The clubhouse was renovated in the 1980s and opened as a hotel. In 2007, the Georgia Sea Turtle Center opened in the old power plant. New lodging, shopping, and dining opportunities, along with the historic trolley tour and special events commemorating Jekyll’s unique history, continue to draw visitors to the island.

Several years ago, I wrote a time slip romantic suspense novel set on Jekyll. Still searching for the right publisher. 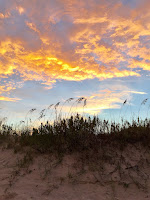