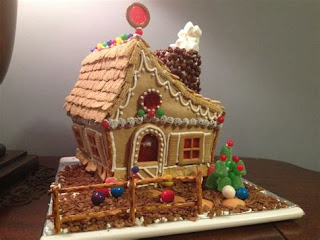 What do ceremonial bread, indigestion, and a wicked witch have in common? Gingerbread, of course!

The sweet treat goes as far back as Ancient Greece, Egypt, and China, the latter of which is where ginger root was first cultivated. It became known for its soothing properties for stomach ailments.

Somewhere along the way, it was discovered to help preserve bread. Eventually making its way into religious ceremonies, an Armenian monk named Gregory of Nicopolis brought gingerbread to Europe around 992 AD. He taught French bakers how to make it in shapes of the saints and other religious symbols. In the 16th century, Queen Elizabeth ordered gingerbread men to be decorated in the likenesses of visiting dignitaries, guests, and suitors, which impressed them greatly.
In 1643, Germany formed a gingerbread guild in Nuremberg to regulate the sacred baking of bread. The creations of religious icons—even edible ones—was perceived as sacrosanct and a prestigious practice. Only guild bakers had permission to prepare the hallowed bread. On into the 17th century, baking gingerbread was considered an artform. The guild protected the livelihood of those sanctioned by the government to bake the bread, making sure only certified bakers could make and sell gingerbread. The only time the restriction eased was at Easter and Christmas, which explains why it has become so popular during the holidays. Guilds still exist today, but none as serious about protecting the rights of bakers as those in the earlier centuries.
In 1784, George Washington's mother had a special recipe for Gingerbread Cake. You can find it here: Mary Washington's 1784 Gingerbread Cake (syrupandbiscuits.com) 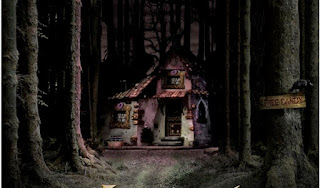 Shaping a house from gingerbread is thought to have started in early 1800s Germany with the Grimm fairytale, Hansel and Gretel. In the story, two young children are sent into the forest and get lost. Hungry and frightened, they come upon a house made entirely of gingerbread and other confections. (This is where the wicked witch comes in, but I’ll spare you the details. Suffice it to say, she gets her comeuppance, and they escape unharmed.) Because of the popularity of tale, Germany adopted the art of making houses of gingerbread, and the tradition still thrives today. 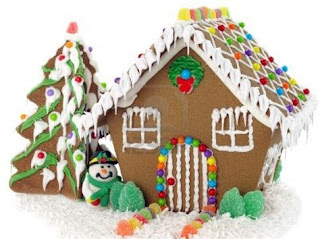 One notable house was presented to a German emperor during a visit to Thorn. Weighing in at over three hundred pounds, it stood four feet high and seven feet wide. The walls, roof, and windows were entirely composed of gingerbread and sugar. The emperor was so pleased that he ordered it sent to his home in Potsdam two-hundred-and-six miles away. That’s a long journey! I wonder if the transporters considered a snack along the way.

Because of the chewy stability of gingerbread, we can see how many forms it can take. 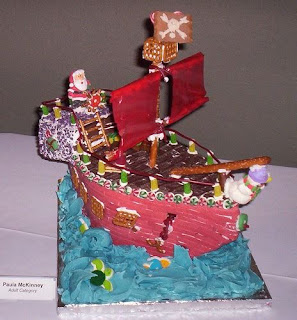 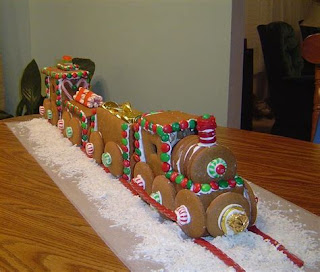 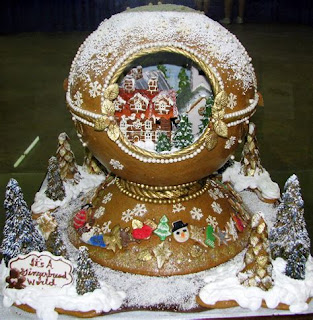 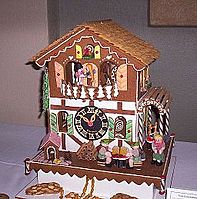 Gingerbread houses have become so popular, entire towns dedicate their architecture to the artform. One such city is Oak Bluffs in Martha's Vineyard.

Do you have any gingerbread stories? The one I share is when I made my first one and the dog ate it. That was a lot of work to become a canine dessert! 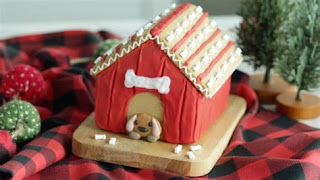