The phrase "there are no atheists in foxholes," has been passed down from generation to generation. As history has proved, the more terrible the conflict, the more prayers are sent to God. 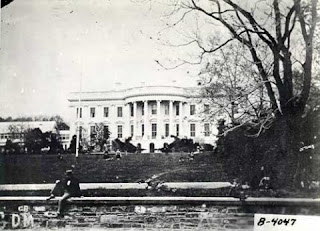 When Abraham Lincoln became the 16th president of the United States in 1861, he was so unpopular he had to enter the White House through the back door! Yet, no matter how unpopular his stance, he was determined to uphold the "United" states and refused to allow the South to secede from the Union: “In your hands, my dissatisfied fellow countrymen, and not in mine, is the momentous issue of civil war. The government will not assail you.… You have no oath registered in Heaven to destroy the government, while I shall have the most solemn one to ‘preserve, protect and defend it.’”

The Civil War went down in American history books as the most horrendous war ever fought on this nation's soil; 600,000 were killed. 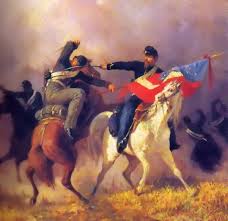 In the Confederate Army, Robert E. Lee of Northern Virginia appointed Chaplain Bennett to head the spiritual needs of his men. In a letter Bennett compiled, he reported this to Lee:

"Up to January 1865, it was estimated that nearly 150,000 soldiers had been converted during the progress of the war, and it was believed that fully one-third of all the soldiers in the field were praying men, and members of some branch of the Christian Church."

Abraham Lincoln strived to fulfill his calling and not wither before adversity. He freed the slaves and preserved the Union. His life was threatened numerous times. After completing his life's mission, he was sadly killed by an assassin's bullet. 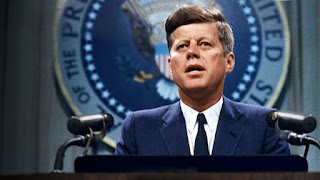 "[W]e observe today not a victory of party, but a celebration of freedom — symbolizing an end, as well as a beginning — signifying renewal, as well as change. For I have sworn before you and Almighty God the same solemn oath our forebears prescribed nearly a century and three quarters ago.…

“Since this country was founded, each generation of Americans has been summoned to give testimony to its national loyalty. The graves of young Americans who answered the call to service surround the globe.

"Now the trumpet summons us again — not as a call to bear arms, though arms we need; not as a call to battle, though embattled we are — but a call to bear the burden of a long twilight struggle, year in and year out, ‘rejoicing in hope, patient in tribulation’ — a struggle against the common enemies of man: tyranny, poverty, disease, and war itself.…

“My fellow citizens of the world: ask not what America will do for you, but what together we can do for the freedom of man."

Kennedy's message was again very clear on October 27, 1962, clear to the Communist and the Cuban missiles poised at America. Kennedy did not back down from Communism or a possible nuclear war. 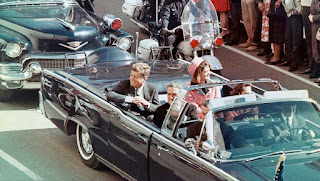 Martin Luther King Jr.'s "I have a dream" rings out to this day throughout America with his universal mission for ALL to unite beneath a common banner. In King's words, "…that people will not be judged by the color of their skin but by the content of their character!" Love one another.  But King's beliefs weren't enough to halt the assassin's bullet.

Throughout America's history, brave men and women weathered the storms of adversity for Christ's Truth. They did not forsake their destiny though faced with unpopularity. Men like Lincoln, Kennedy, and King, show by example what standing against the current of popular criticism can accomplish. 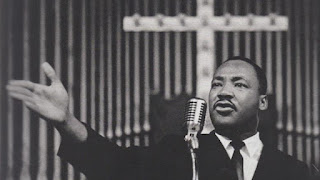 Because Americans like Lincoln, Kennedy, and King still exist, there is hope. People, like Senator Joe Manchin, who face death threats, yet dogmatically oppose a bill that would plunge Americans into deeper debt—yes, one person's stand can make a difference for present and future generations.

Make it your New Year's Resolution not to disregard your Christian beliefs. Nor conceal them beneath the cloak of political correctness. Christians can and will make a difference. They never go unnoticed by Almighty God. Jesus declares in Matthew 7:13,14 NKJV, "Enter by the narrow gate…Because narrow is the gate and difficult is the way which leads to life, and there are few who find it."

There are no atheists in a foxhole and oftentimes, it takes a war where rioters, bullies, and the righteous meet upon the battlefield of destiny to come face to face with this Truth. One's life will flash before one's eyes at that moment—when exiting this world for another. 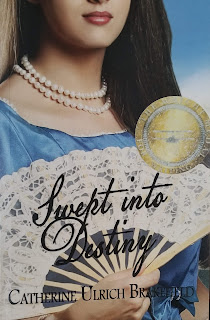 Ben McConnell is a proud Irish immigrant who is determined not to give up despite hunger and deprivation. He clings to hope—the three mustard seeds of his faith. Matthew 17:20 “…if you have faith as a grain of mustard seed…nothing will be impossible.”

Maggie Gatlan is a rebel disguised as a Southern belle. She refuses to allow her countrymen to dictate to her conscience. Ben’s and Maggie’s journeys delve deeply into the truth about faith and devotion.

“… Brakefield’s flowing descriptions pull you into Swept into Destiny and keep immersed in the world of the Antebellum south…This isn’t just a world of beaus, belles, and balls, but of moral ambiguity and searches for truth…” L.H. Amazon Reader 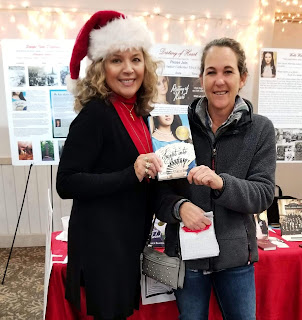 Catherine says, "My readers encourage my writing!" An award-winning author, her inspirational historical romances include Wilted Dandelions, her faith-based Destiny series Swept into Destiny, Destiny’s Whirlwind, Destiny of Heart, and Waltz with Destiny.

She and lives with her husband of 49 years and their Arabian horses in Addison Township, Michigan. Her children grown, Catherine loves spoiling her two handsome grandsons and two beautiful granddaughters!