Many people think of New York as entirely made up of the points and angles of the man-made Manhattan skyline. A lifelong New Yorker, I always get a chuckle from this misleading icon of my mostly rural state. Apples, grapes, milk, and other farming produce thrives in the fertile green valleys of modern upstate New York. Early state history boasts of a lumber industry to rival that of the Midwest lumberjacks of Paul Bunyan fame. And from the 1820’s the Erie Canal linked east to the western interior of the continent, long before road and rail, through farmland that has largely remained unspoiled to this day. 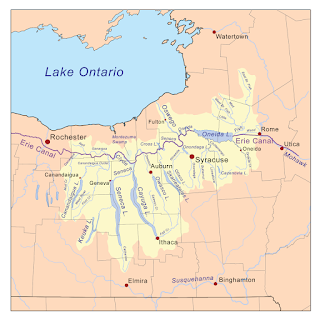 At the center of the state, tucked away like hidden blue oases, the Finger Lakes have a rich and interesting history in themselves. These long, deep glacial lakes run north to south, cutting an interesting claw-like swath down the center of the state. Their unique geography creates a microclimate extending the growing season, as well as lending aesthetic beauty that remains unspoiled Layers of shale bedrock with dramatic cliffs and waterfalls in surrounding glens and tributary creeks attract visitors from all over the world to hike trails. You can read more about this here (insert link: https://www.hhhistory.com/2018/06/the-finger-lakes-historical-gem-of-new.html) 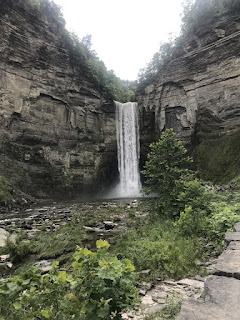 For centuries, Iroquois paddled these waters in dugout canoes. Today, the Finger Lakes’ desirable location, only 4.5 hours from New York City by car, and even closer to Rochester and Buffalo, make it highly sought-after real estate among wealthy city businessmen seeking an accessible slice of Eden. But in the eighteenth and nineteenth century, these waterways were a lifeline for travel, trade, and expansion, before, during and after the advent of canal, rail, and even road. The invention of the steam engine in the late eighteenth century would soon transform these waters into a highway connecting communities and goods like never before. 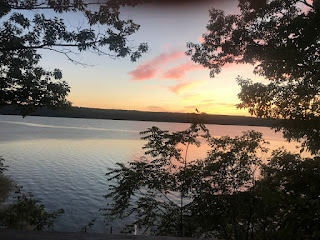 In 1807 New York’s first steamboat Clermont pushed up the Hudson River to Albany in a remarkable 32 hours. Robert Fulton, the builder of Clermont, America’s first commercial steamboat, soon expanded his reach along the Mississippi, where the new mode of travel enjoyed its most famous domain in American history and literature. But not far from that maiden voyage in eastern New York, steamboats would enjoy over a century of use in central New York’s Finger Lakes. 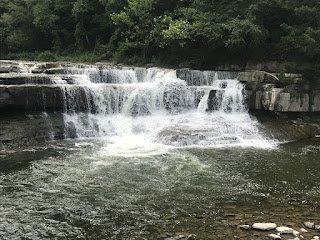 In 1821, the first steam powered boat on the Finger Lakes launched, named The Enterprise. It departed from Ithaca to travel north up Cayuga Lake to Cayuga Village. The Enterprise was equipped with a Fulton-built engine, hauled from his New Jersey workshop to Ithaca by oxen-drawn wagon. For four years it was the only steamboat employed along any of the Finger Lakes, and ferried people for $1 per ride, albeit slowly. A bit faster, at 10 miles per hour, the Telemachus commanded the same waterways on its maiden voyage in summer 1825. But it was the Enterprise again that was used October 25 of that year to carry a party up Cayuga Lake for the festivities on opening day of the newly completed Erie Canal.

A two-day excursion set out from Ithaca on the morning of the 25th. Passengers transferred at the top of the lake to a packet boat to navigate the connecting waterway, and that night, they watched the first boats traveling the 363 mile canal and enjoyed fireworks. But in the morning tragedy struck, as a celebratory cannon misfired, killing two men. The party returned October 26 along the packet boat to The Enterprise, which bore them home again.

Canandaigua Lake’s maiden steamboat, christened The Lady of the Lake, first paddled its waters powered by a sternwheel in 1827. It cost $550 to build and boasted a soda bar for its passengers. It took two decades to build a proper pier to accommodate its trade potential, so The Lady was not a huge financial success. Other steamers came along to offer travelers more style and comfort.

In 1839 an impressive, large steamboat embarked on the waters of Cayuga Lake named the Simeon DeWitt. Over 150 feet long and 42 feet wide at its wheel, the boat ran equally well on either wood or coal. Compared to earlier models, the Simeon DeWitt offered luxurious accommodations, including passenger cabins, parlors, washrooms, a salon, a lady’s room, a library, a kitchen, dining room and a bar.

The famed Seneca Chief offered passengers—up to 150 at a time-- a comfortable ride along the Finger Lakes’ longest waterway, Seneca Lake. It boasted a whopping 40-45 horsepower, and routinely towed other boats along its 30-plus mile route, sometimes ten boats at a time. In summer 1828 it set out from Geneva for a Fourth of July celebration excursion that was well acclaimed. A crowd of over 4000 people lined the shores to greet the arrival of the craft. The vessel carried mail, connected stagecoach landings, as well as hauled freight barges of pork, whiskey, flour and lumber, to name a few agricultural staples of the region. Over the years the Seneca Chief underwent changes and improvements, including the addition of a mast and sail to improve speed, as well as being lengthened and fitted with a bigger wheel. Its end in the late 1840’s was as spectacular as its beginning and career, when it was decided that the Seneca Chief, renamed then to The Geneva, would be blown up while onlookers enjoyed the spectacle as part of that year’s Fourth of July celebration. An article written in The Geneva Gazette described the event years later:

Loaded with a supply of powder she was placed far out in the lake, and a wire connected with an electric battery run to her… It is estimated that 10,000 people lin[ed] the shore. The electric key was touched time and again but there was no thundering response…a party armed with a fuse was dispatched in a small boat and another attempt was made to blow her up. This even failed to work, but the boat took fire and the disappointment of the spectators was considerably lessened by seeing the relict of the grand old steamer shoot fiery tongues towards heaven, illuminating the whole harbor and the adjacent shores…. The powder had become wet… As it was, the sight was a memorable one. 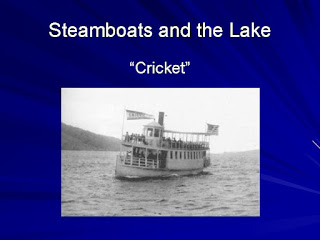 On a personal footnote, my husband’s great grandfather was one of the last steamboat engineers to navigate Keuka Lake, the Y-shaped Finger Lake. John Russell was my husband’s mother’s grandfather, and he worked on a steamer named The Cricket, an 85-foot vessel that ran a loop from Penn Yan to Branchport. Passengers were charged thirty cents’ fare at the turn of the century to travel this route. The boat went out of commission in 1909. I hope to research more on this topic in the near future and study my mother-in-law’s collection of newspaper clippings on his career aboard The Cricket.

What about you? Have you ever enjoyed a day cruise? Tell us when and where! 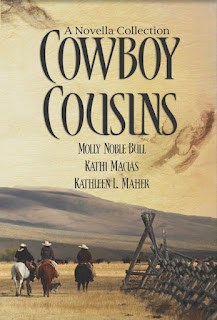 “The Meddlesome Maverick”
A new job as a bronco buster on a Lincoln, Nebraska ranch offers Boyd Hastings a fresh start. Cured of romance after a kiss-and-tell flirt falsely accuses him, he must flee his hometown and the cousins who have been more like brothers. Banjo picking for a music show would lure him to the big city, but an opinionated tomboy with a heart of gold makes grand plans for him. Can he trust a meddlesome maverick to steer him true, or will she lead him into a briar patch of trouble? 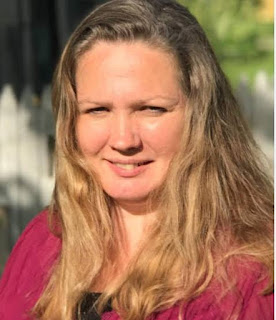 “Stories where every underdog has his day."
Kathleen L. Maher's first crush was Peter Rabbit, and she's loved conflicted heroes ever since. She has two novellas in BARBOUR BOOKS' collections: Victorian Christmas Brides and Lessons on Love. Winner ACFW Genesis Award. Author of Sons of the Shenandoah Series: The Abolitionist's Daughter, The Chaplain's Daughter, and No Man’s Daughter. “The Meddlesome Maverick” releases with Scrivenings Press’s collection Cowboy Cousins in Spring 2022. Kathleen and her husband live in an old farmhouse in upstate New York with their children and a small zoo.

Posted by Debbie Lynne Costello at 1:45 AM