The History of Adhesive Tape

Before there was tape, there was glue, fabric, paper, animal skins, and string; when tape came on the scene, everything changed.

Adhesive tape occurred during its first appearance in 1845. Dr. Horace Day, a surgeon used a rubber adhesive applied to strips of fabrics to make surgical tape.

In 1921 Earl Dickson, a cotton buyer for Johnson and Johnson invented the band-aid. The surgical strips created by Horace Day kept falling off his wife’s fingers after cutting them in the kitchen, so he attached a piece of gauze to some cloth-backed tape and covered it with crinoline. Johnson and Johnson made him a vice-president in the company for his efforts. 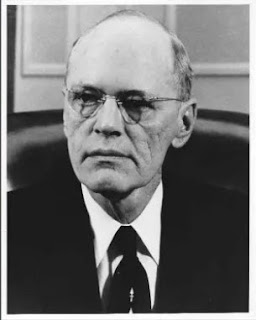 In 1923, Richard Drew worked for the 3M Company which was located in St. Paul, Minnesota. Drew was product testing 3M’s Wet/Dry Sandpaper brand sandpaper at a local auto body shop, when he noticed that auto painters were having a hard time making clean dividing lines on two-color paint jobs. Richard Drew then invented the world’s first masking tape in 1925, as a solution to the auto painter’s problem. 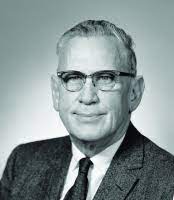 The brand Scotch came about while Richard Drew was testing his first masking tape to determine how much adhesive he needed to add. The body shop painter became frustrated with the sample masking tape and he asked the workers to tell their Scotch bosses to put more adhesive on it. Scotch then became the name applied to the entire line of 3M tapes.

During World World II, in 1942, duct tape was developed by Johnson and Johnson during . The troops needed a waterproof tape that would seal holes and repair equipment. The cloth tape was coated with polyethylene and duct tape was created. 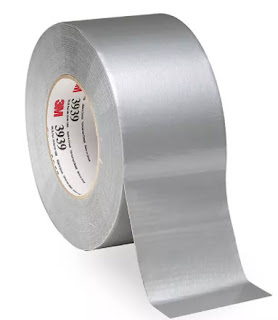 Today, there are too many adhesive formulations and applications to name. And to think adhesive tape history all started with tree sap is quite something! 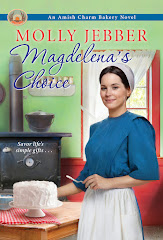 
Magdelena's father doesn't approve of Toby, her choice for a husband. She's never gone against him. Her father insists she marry Zach. Magdelena prays for God's intervention. Visit Molly for a list of her books and appearances.
Posted by mollyjebber@yahoo.com at 12:30 AM