A Call to Spy - The Story of Vera Atkins

I recently watched a movie titled A Call to Spy that was quite interesting. The premise was: a British Intelligence officer trains women to be spies in France during WWII. It was based on the true story of Vera Atkins, a Romanian-born British intelligence officer who worked in the France Section of the Special Operations Executive (SOE) from 1941 to 1945, during the Second World War. At the beginning of the war, Atkins was part of the British team which evacuated Poland's Enigma code breakers with their reverse-engineered Enigma machines--portable cipher machines--across the border into her native Romania. From there they made their way to France and Britain to teach the Western Allies cryptanalysis (The procedures, processes, and methods used to translate or interpret secret writings, as codes and ciphers, for which the key is unknown.) using the Enigma machine.
Vera Atkins grew up on the estate owned by her wealthy parents. While there, Vera got to know several diplomats who were members of British Intelligence, some of whom were later to support her application for British nationality, and to whom in view of her and her family's strong pro-British views, she may have provided information as a "stringer"--a reporter who works for a publication or news agency on a part-time basis. Atkins also worked as a translator and representative for an oil company.
Atkins was recruited before the war by Canadian spymaster William Stephenson of British Security Co-ordination. He sent her on fact-finding missions across Europe to supply Winston Churchill with intelligence on the rising threat of Nazi Germany.

The Polish Cipher Bureau broke Germany's Enigma ciphers from 1932 on, using Enigma-machine reconstructions which they also gave to their British and French allies. Atkins' first mission was to get three of Poland's cryptologists out of the country. Six days before the outbreak of the war, she entered Poland as a member of the British military mission MM4. Her mission was unsuccessful, and six days later her team was evacuated by the Polish Cipher Bureau.

Though not a British national, in February 1941, Atkins joined the French section of the SOE as a secretary. She was soon made assistant to section head Colonel Maurice Buckmast and became a de facto intelligence officer. Vera Atkins served as a civilian until August 1944, when she was commissioned as a Flight Officer in the Women's Auxiliary Air Force (WAAF). In February 1944, Atkins was naturalized as a British subject. She was later appointed F-Section's intelligence officer (F-Int).
Atkins' main role at SOE was the recruitment and deployment of British agents into occupied France. She also had responsibility for the 37 women SOE agents who worked as couriers and wireless operators for the various circuits established by SOE. Atkins would take care of the "housekeeping" related to the agents, such as checking their clothing and papers to ensure they were appropriate for the mission, sending out pre-written anodyne letters at regular intervals, acting as SOE's liaison with their families, and ensuring they received their pay. She would often accompany agents to the airfields from which they would depart for France and carry out final security checks before waving them off, never to see most of them again as many were captured by the Nazis.

After the liberation of France and the allied victory in Europe, Atkins went to both France, and later, for just four days, Germany, where she was determined to uncover the fates of the fifty-one still unaccounted for F-Section agents, of the 118 who had disappeared in enemy territory (117 of whom she was to confirm had died in German captivity). Originally she received little support and some opposition, but as the horrors of Nazi atrocities were revealed, and the popular demand for war crimes trials grew, it was decided to give official support for Atkins' quest to find out what had happened to the British agents and to bring those who had perpetrated crimes against them to justice.
In January 1946 Atkins, now funded on the establishment of the Secret Intelligence Service (MI6 ), arrived in Germany as a newly promoted squadron officer in the Women's Auxiliary Air Force to begin her search for the missing agents, including 14 women. Until her return to Britain in October 1946, Atkins searched for the missing SOE agents and other intelligence service personnel who had gone missing behind enemy lines, carried out interrogations of Nazi war crimes suspects, including Rudolf Hoss, ex-commandant of Auschwitz-Birkenau, and testified as a prosecution witness in subsequent trials.

In November 1946, Atkins' commission was extended so that she could return to Germany to assist the prosecution in the Ravensbruck trial which lasted into January 1947. She also traced 117 of the 118 missing F-Section agents. Atkins established the circumstances of the deaths of all 14 of the women, twelve of whom had perished in concentration camps. Atkins' efforts in looking for her missing "girls" meant not only did each now have a place of death, but by detailing their bravery before and after capture, she also helped to ensure that each (except Sonia Olschanezky, unknown to Atkins until 1947) received official recognition by the British Government.

After the war, Atkins went to work for UNESCO'S Central Bureau for Educational Visits and Exchanges, as office manager from 1948, and director from 1952. She took early retirement in 1961, and retired to Winchelsea in East Sussex.

Atkins died at a hospital in England, on June 24, 2000, at age 92. She had been in a nursing home recovering from a skin complaint when she fell and broke a hip. Atkins was admitted to the hospital where she contracted MRSA.

As far as I could tell, Vera Atkins was never honored or awarded anything for her years of service, but it is rumored that she may have inspired the character of Moneypenny in the James Bond series. 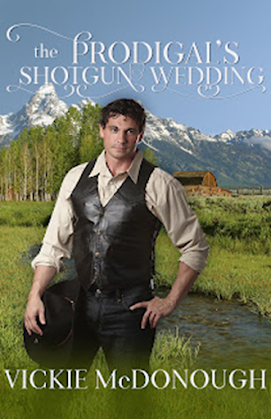 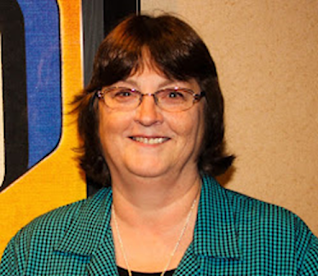 Vickie McDonough is the CBA, EPCA and Amazon best-selling author of 50 books and novellas. Vickie grew up wanting to marry a rancher, but instead, she married a computer geek who is scared of horses. She now lives out her dreams penning romance stories about ranchers, cowboys, lawmen, and others living in the Old West. Vickie’s books have won numerous awards including the Booksellers Best, OWFI Best Fiction Novel Award, the Inspirational Readers’ Choice awards. To learn more about Vickie’s books or to sign up for her newsletter, visit her website: www.vickiemcdonough.com

Posted by Cindy Kay Stewart at 6:44 AM