At the start of WWII, the Germans began housing prisoners of war at Colditz Castle in the province of Saxony. The castle and town, located between Dresden and Leipzig in the heart of Germany, was about four hundred miles from the closest territory not controlled by the Nazis. The castle had survived for 1000 years and stood as a symbol of German strength. The fortress, with seven-foot thick outer walls, resides on a sheer cliff which drops two hundred and fifty feet to a river below.

Allied prisoners-of-war who made multiple escape attempts at other camps were sent to Colditz, because, of course, it was considered escape proof. Putting so many escapees together in one place made for interesting entertainment. The POW's constantly concocted new escape plans and worked together to ensure their success. It's believed that thirty-two prisoners escaped and fifteen made it to Allied territory without being captured. Today we'll look at the first British soldier to escape Colditz and return to Britain successfully (made a homerun).

Airy Neave studied law and completed his education at Oxford University in 1938. He was mobilized when the war broke out and then sent to France in February 1940. He didn't make it to Dunkirk but was part of the group which kept the Germans occupied in Calais to the south. On May 23rd, Neave was wounded and captured. He landed at the Oflag IX-A/H POW camp near Spangenberg in central Germany and was later sent to Stalag XX-A, near Thorn in western Poland.
Neave and a fellow POW escaped but were caught trying to enter Soviet-controlled eastern Poland. After a brief experience with the Gestapo, they were both sent to Colditz. In August that same year (1941), Neave made his first escape attempt from that POW camp. He dressed up in a German uniform and attempted to leave the castle just as any German officer would. The problem was that the scenery paint used to paint the former Polish army tunic and cap green changed to bright green under the searchlights.

Here's a translation of part of Airey Neave's German record card shown above, describing his escape attempts thus far:
"Stalag XXA: on 16 April 1941, N disappeared on route to the dentist from Fort 15 and on 26 April 1941, he was recaptured by the Gestapo at Plock."
His punishment - ten days confined arrest
"Oflag IVC on 29 August 1941, N tried to escape from the camp after evening roll call, using a fake German uniform, but was stopped at the gate post and seized."
His punishment - three weeks close confinement
Neave was better prepared for his next escape attempt. He and Dutch officer Anthony Luteyn left together, dressed in better German uniforms and with a better plan. A total of four officers, two British and two Dutch, escaping in pairs, dropped through a specially cut hole in the British theater floor into an unoccupied room. They took a corridor "that led over the main gate of the prisoners' yard and into an attic over the German guardroom." From there they walked under the archway into the German courtyard and through the main gate. Instead of continuing to the final gate beyond the moat where they could be caught, they turned east and climbed "over the unguarded wall along the park road" under the cover of darkness.
The two pair of escapees parted ways. The other pair was caught eventually.  Dressed as civilians and claiming to be Dutchmen working for the Arbeitseinsatz Luteyn and Neave travelled by train and on foot to the Swiss border. They chose to cross at Singen and were successful. Another Dutch POW at Colditz had attempted to cross in the same area in 1940 and had been caught. A Gestapo, who thought Germany had almost won the war, told the Dutch soldier what he'd done wrong and what he should have done instead to make a successful crossing. This information helped many other escapees get across as well.
After arriving in Switzerland, Airey Neave's ordeal wasn't over. To get back to England, he had to make it across southern France and cross the Pyrenees into Spain. From there he went to Gibraltar, which was a British colony and arrived home in April of 1942. In May he was awarded the Military Cross. He was recruited to serve as an intelligence officer in MI9, the top secret British agency delegated with the task of supporting the escape networks for Allied military personnel in Europe.
He wrote several books about his experiences: 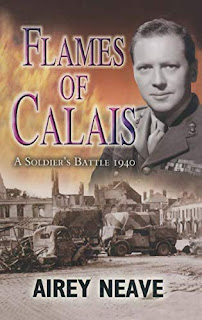 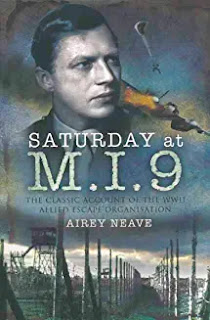 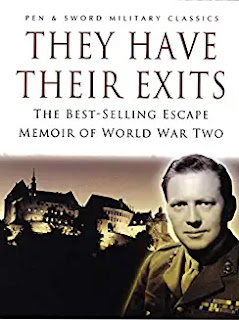 After the war, Neave served at the Nuremberg Military Tribunal and met individually with some of the top German war criminals. He went on to serve in the British House of Commons and later, as Margaret Thatcher's campaign manager, was instrumental in her rise to lead the Conservative Party in Britain. He was also appointed Shadow Secretary of State for northern Ireland. On March 30, 1979, the Irish National Liberation Army assassinated him with a car bomb.
This is Margaret Thatcher's tribute to Airey Neave when she spoke to the press right after his murder: "He was one of freedom's warriors. No one knew of the great man he was, except those nearest to him. He was staunch, brave, true, strong; but he was very gentle and kind and loyal. It's a rare combination of qualities. There's no one else who can quite fill them. I, and so many other people, owe so much to him and now we must carry on for the things he fought for and not let the people who got him triumph."
*********
Sources:
"Germany's 'Escape Proof' Castle POW Camp Actually Had the Worst Record for Escapes" (Military.com)
"Escape from Colditz" (The National Archives blog - Britain)
"The History of Colditz" (Yesterday - UK TV)
"Escaping Colditz" (NOVA Online)
"Airey Neave" (Wikipedia)
"Airey Neave" (Military Wiki)
*********