Seattle’s first world’s fair ran from June 1 to October 16 on the University of Washington campus, and the school later inherited some of the buildings established for the expo. The event involved participants from all over the world and drew over three million visitors.

In keeping with the fair’s Klondike theme, the midway was called The Pay Streak. Fairgoers enjoyed a variety of games and thrills, including a Ferris wheel, an “amusement” dubbed the Temple of Mirth, and a ride called the Haunted Swing.

While visiting the Pay Streak, some were shocked by the recreated Igorrote Village, populated by natives from the Philippine island of Luzon. Reputed to be headhunters and dog-eaters, the Igorrotes engaged in dances, spear-throwing contests, and cloth weaving. When the loincloths worn by men and boys became a moral issue, a reverend and a respected judge were assigned to investigate. They determined the loincloths were native dress and not intended to titillate.

There were opportunities to purchase a variety of souvenirs and refreshments. But alcohol was not an option because a state law forbade the sale of liquor on any university campus. If anyone wanted a drink, they had to take a streetcar into downtown Seattle. That law possibly contributed to the low numbers of crime and disturbances reported on the fair grounds.

Some Interesting Sights at the Expo

The California Building was designed in the style of a Spanish mission. It contained a life-size elephant created out of walnuts, an almond cow, and a bear made from raisins. Hawaii showcased a thirty-foot-high pyramid of coconuts and pineapples. The forestry building was built out of wood and actual tree trunks. Alaska’s exhibit awed visitors with a heavily guarded display of gold dust, nuggets, and bricks said to be worth a million dollars. The case descended into an underground vault at night.

Attendees could watch risqué exhibitions at the Streets of Cairo and the Klondike Dance Hall. These two venues were known to be frequently shut down by the morality enforcers at the expo.

The baby incubator exhibit drew a lot of attention from both fairgoers and the press. News reporters focused on the wide-ranging ethnicities of the infants displayed. By July 18, 1909, The Seattle Daily Times reported American, English, Indian, Italian, Swedish, Syrian, and Russian children had been placed in the expo’s incubators.

But not everyone was convinced that all were premature or orphans as claimed. Although babies were reported to have been adopted during the fair, some of the infants appeared too large to be premature, and a childcare facility was placed next to the exhibit where parents could drop off their children to be cared for by nurses while the adults enjoyed touring the fair.

A Fascinating Event
I first became aware of the Alaska-Yukon-Pacific Expo while watching a PBS special, and I was immediately intrigued. My historical romance, With a Trusting Heart, is the result of traveling back to 1909 through research and imagination. More about this fascinating event is revealed in my story, but I won’t share any spoilers here!

Have you ever attended a world’s fair? If so, what did you find most interesting? If not, what would entice you to go—new technology, amusements and food, the exhibits from around the world, or the entertainment? 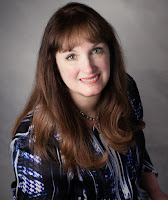 Dawn Kinzer writes fiction because she believes in the power of story to comfort, challenge, and inspire. Her work has been published in various devotionals and magazines. Dawn’s historical romance series, The Daughters of Riverton, takes place in the early 1900s. The setting and some of the characters were inspired by her rural Wisconsin hometown. Her two contemporary romances, By All Appearances and A Night Divine, are set in the Seattle area where she currently resides. A mother and grandmother, Dawn lives with her husband in the beautiful Pacific Northwest. Please visit her website at https://www.dawnkinzer.com/ to learn more.
With a Trusting Heart 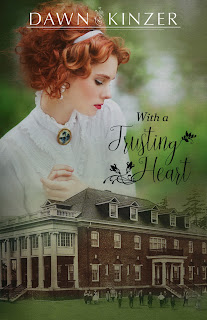 The 1909 Alaska-Yukon-Pacific Exposition is taking place in Seattle when Lizzie Clark accepts a position at an orphanage in the city. After suffering heartbreak and loss, she's determined to make a life for herself independently. A newborn is left at the orphanage with a note asking Lizzie to take care of him. Why did the woman abandon her child? And why is Jack Butler, a handsome local farmer, so interested in helping Lizzie search for the infant’s mother? When shocking revelations disrupt their plans, Lizzie and Jack are faced with life-changing decisions. Will they open their hearts to trusting again?

This story is inspired by events that took place at the 1909 Alaska-Yukon-Pacific Expo—Seattle’s first world’s fair. The book will be available on February 16 in both ebook and paperback. To pre-order the ebook now, go to:https://www.amazon.com/Trusting-Heart-Dawn-Kinzer-ebook/dp/B09PJTH1HV/
Posted by Michelle Shocklee at 1:00 AM