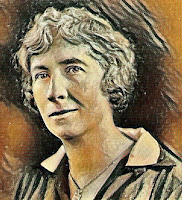 Chances are you’ve heard the term “cheaper by the dozen.” This phrase, a favorite of Frank Gilbreth, alludes to a product markdown if you buy in bulk. He and his wife, Lillian, had twelve living children in the early 20th Century.
Born into privilege as Lillie Evelyn Moller in 1878, she never enjoyed being pampered. Instead of marrying into her station and living a life of ease, she had her heart set on college. Her father was against it but permitted her to attend Berkley in California where she earned a bachelor's degree in English. She did so well that her father allowed her to continue her studies. She eventually became interested in Psychology, earning a doctorate in that field. She decided to go by the name of Lillian as she felt it more dignified for a university graduate and went on to earn Ph. D. degrees at Brown and Rutgers universities.

Frank started out working in construction where he developed his efficiency brand. He found himself observing the different techniques brick layers used and showed the workers how they could improve. Frank suggested using scaffolding to save time, instructing them to put the bricks right on the platforms of wood instead bending down to retrieve those on the ground.
Frank and Lillian married in 1904, and Lillian gave birth about every 15 months thereafter. The couple ultimately birthed thirteen children; however, one was miscarried, and a daughter died of diphtheria at the age of five. In the midst of childbearing, the growing family moved around the country from coast to coast, as well as summering on Nantucket. 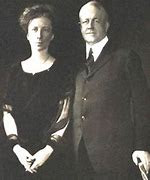 Lillian was Frank’s match in every way. He taught her his system, and together they turned their home into a time-management laboratory and ran their growing family like a well-oiled machine. Charts of daily activities from teeth brushing to chores kept everyone busy and out of each other’s way. Even tub time was streamlined as they studied patterns of washing one’s body quickly. With no minute wasted, the sudsed up children learned foreign languages from the phonograph machines placed in both the girls’ and boys’ bathrooms.
Professionally, the Gilbreths opened an engineering consulting firm, wrote hundreds of articles, published eight books, and ran courses on industrial management. They created the time and motion system to improve efficiency and reduce fatigue. This entails much more than can be stated here. To boil it down in an efficient way (See what I did there?), they took motion picture cameras into factories and workplaces to film workers in their daily activities. As a result, they discovered more than a dozen basic movements that could be tailored toward better production. They named these movements therbligs, a variation of their surname spelled backward. Wikipedia has an excellent definition of the therblig:

Therbligs are 18 kinds of elemental motions, used in the study of motion economy in the workplace. A workplace task is analyzed by recording each of the therblig units for a process, with the results used for optimization of manual labour by eliminating unneeded movements. Wikipedia

Lillian was more than an efficiency expert, however. While her husband was making sure the world moved in sync, she concentrated on the psyche of the employee, more concerned with their comfort and well-being than the task at hand. She helped develop breaks in the workplace and suggestion boxes. Thanks to Lillian, ergonomics is a thing today as they were instrumental in redesigning the workspace.

Frank died in 1924 leaving Lillian to raise all of their children. Friends offered to take one or two, but the family refused to be split up. Rather than move across the country to live with her mother, Lillian and her brood finally all decided to give it a go on their own. The only obstacle was finances. As a woman, Lillian’s scientific skills weren’t appreciated in a man’s world. Even though she was able to continue with the consulting firm she and Frank had founded, she finally became employed at Macy’s where she was allowed to funnel her interests into marketing and home management.
Lillian found that when a task was streamlined or a piece of equipment was tailored to meet the consumers' needs, the happiness quotient was raised. She called this feeling "Happiness Minutes." She brought in several women to gauge how tall a stove should be simply for the comfort of the subjects. We can thank Lillian for shelves in our refrigerator doors and the foot pedal on our trash cans. Ironically, Lillian didn’t like to cook, which no doubt helped in her decision to make life easier for the homemaker. She ultimately invented the electric mixer and the rolling kitchen cart. Even the placement of modern kitchens with the triangular path of stove, refrigerator, and sink are due to Lillian’s efforts. Oh, and wall light switches. Those were hers, too.

An efficient engine in her own right that wouldn’t quit, Lillian was a visiting professor for Perdue and lectured at other prestigious universities. At the age of 86, she became a resident lecturer at the Massachusetts Institute of Technology. She retired in 1968 just before turning 90 and died Jan 2, 1972, in Phoenix, Arizona.

Lillian Gilbreth has been recognized as the First Lady of Engineering and the Mother of Modern Management. However, thanks to her inventions that I enjoy every day, this domestic engineer will forever consider her the Mother of Happiness. 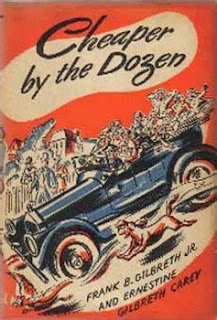 Two of the Gilbreth children, Frank Jr. and Ernestine, wrote a bestselling book honoring their parents. Cheaper by the Dozen was published in 1948 with a follow-up, Belles on Their Toes chronicling life without Frank. Both became movies in 1950 and 1952 respectively. More movie adaptations followed in 2003, 2005 (part 2 of the previously mentioned year), and soon to be released in 2022. A play loosely based on the original book also was written. Following are links to see it in its entirety, delightfully presented by students of The King’s Academy in West Palm Beach, Florida.
Cheaper by the Dozen Live - The Gilbreth Living Room. A Day in Autumn. (Act I, Scene 1) - YouTube

Cheaper by the Dozen Live- The Same. A Day in Spring. (Act III) - YouTube