I recall, as a young mother, watching an old movie version of Pilgrim’s Progress and falling in love with the story. I read it, then found a copy of Young Pilgrim’s Progress to read to my children. This classic has stood the test of time as one of the most read books. I find it fascinating how often it is quoted and  used as a teaching tool.

On February 18, 1678, Bunyan published Pilgrim’s Progress From This World, To that Which is to Come. It became part one of his story. It is recognized as the first fiction published in English and translated into over 200 languages. John Bunyan, a puritan preacher, wrote this classic while in prison for 12 years for refusing to denounce his non-conformist church affiliation and stop preaching. He hoped the revenue from the book’s sale would help support his family. 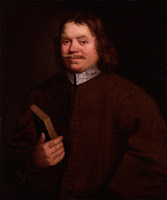 He divided the book into two parts: the first half shares the story of Christian and his journey to the Celestial City (Heaven). He depicts all the temptations of life are depicted in various settings  and the temptations that go with them as Pilgrim journeys on his pilgrimage. The second part tells the story of his wife Christiana and their children. Her experience is a bit different, and she has the assistance of Evangelist to keep her safe on her journey. Christiana’s story was published six years after the first part. There were eleven editions of Pilgrim’s Progress published during Bunyan’s lifetime. An anonymous author wrote a third part, published in 1693, a few years after Bunyan’s death. It was included for a time with the other two parts of the original allegory. But has since been omitted and is out-of-print.

Pilgrim’s Progress’s reach through the centuries

The pilgrims to the American colonies brought a copy of Pilgrim’s Progress with them to Plymouth.

An American edition was printing during colonial times.

In the mid-1800s, many American painters depicted Pilgrim’s Progress in various art mediums.

Sir Walter Scott dedicated an entire chapter in his novel The Heart of Midlothian (1818) to a portion Pilgrim’s Progress. The basic outline of the allegory has been used by authors such as in Charles Dicken’s book Oliver Twist (1838). And in The Life and Adventures of Nicholas Nickelby (1839), Dicken’s character is reading Pilgrim’s Progress.

Nathaniel Hawthorne’s novel The Scarlet Letter makes reference to the book. And Hawthorne’s short story The Celestrial Railroad is a retelling of Christian’s journey for Hawthorne’s time. Alan Moore even added Christian as a character in an earlier version of The League of Extraordinary Men.

In Little Women by Louisa May Alcott, Jo and her sister read it together and try to follow Christian’s good example.


C. S Lewis’s book The Pilgrim’s Regress was inspired by Bunyan’s allegory. The protagonist is an English soldier in WW1.

Charlotte Bronte refers to some aspect of Pilgrim’s Progress in most of her novels, including Jane Eyre.

It was popular Sunday School material in the 19th and early 20th Century.

It is also mentioned in John Steinbeck’s Grapes of Wrath. The story follows the theme of overcoming difficulties, but in this case, it was social injustice.

An operatic version was written by Ralph Vaughn Williams in 1952—first performed at the Royal Opera of Covent Garden.

There was even musical adaptation Christian, subtitled Follow the man with the Big Bass Drum in the Holy Glory Band. It played to full houses from 1978 to 1980. The musical was performed  on many stages across the country in both professional and amateur productions for over 30 years.

In 1989 a six-hour audio version of the novel was produced.

In 1993 Adventures in Odyssey and Focus on the Family radio production featured a two-part dramatization entitled “Pilgrim’s Progress revisited.“

In the 1993 video game Doom, there is a map featuring the Slough of Despair.

Let’s not forget the rock opera by Kurt and Keith Landaas, performed in Lamb’s Theater in 1994.

A computer-animated version released in 2005 as well as a few video games.

Several video game adaptations of the basic story line have been released in the 21st Century.

A variety of graphic novels, too.

Even an anime version Run: The Pilgrim’s Progress loosely based on the storyline was produced in Japan.

I’m sure John Bunyan would be quite surprised with the far-reaching influence of his story.

Have you read this classic in any of its versions or watch a movie or theatrical production?