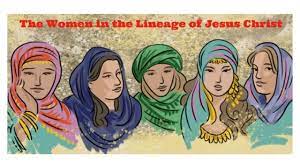 Each of the five women listed in Matthew’s genealogy of Jesus have an inherent reason why they shouldn’t be listed. For Tamar, Bathsheba, and Rahab, the reason is obvious. One was a prostitute, one was an adulteress, and one pretended to be a prostitute. But Ruth’s only claim of shame was her nationality. 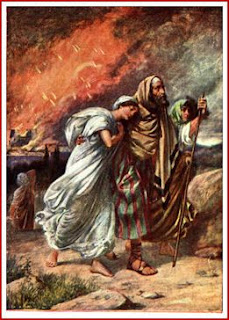 The Moabites had their start as the progeny of the incestuous act of Lot and his eldest daughter. They settled in the area east of the Dead Sea, which is now part of Jordan. Moab was the resting place of Moses, although no one but God knows where the grave is. Throughout the years, the Moabites were enemies of Israel, but for a short time, they had a special connection with the city of Bethlehem. It was during those years that Naomi and her husband, Elimelech, and their two sons moved to Moab. The book of Ruth doesn’t tell us why they moved to a foreign city when their land was in Judah, though it was most likely for financial reasons. Perhaps Elimelech sought to make his fortune in this idol-worshiping country. 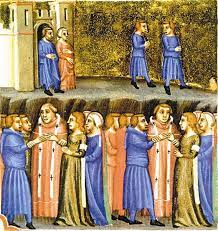 As it turned out, Elimelech died soon after they arrived. One son, Mahlon, whose name means ‘sickness,’ married the Moabite, Ruth, who came from a wealthy family if Elimelech’s purpose for going to Moab was to seek his fortune. The other brother, Chilion, which means ‘wasting,’ married another Moabite woman named Orpah. (Oprah Winfrey’s namesake). The sons’ names were prophetic as both died ten years later. 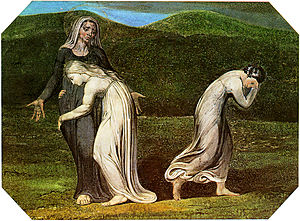 The widow Naomi most likely never wanted to move from her life and friends in Israel, but as a wife she had little say in the decisions of her family. She changed her name to Mara, which means ‘bitter’ and longed to return to Israel. This is where Ruth shows her true character. When Naomi urged both girls to return to their families, Orpah reluctantly left, but Ruth refused to leave her mother-in-law. Her response has been part of many weddings vows, including mine. How prophetic it was for me as my husband took from Atlanta to live in Canada for nineteen years!

But Ruth said: “Entreat me not to leave you, Or to turn back from following after you; For wherever you go, I will go; And wherever you lodge, I will lodge; Your people shall be my people, And your God, my God.” NKJV The import of that vow escapes us because we don’t understand what Ruth was sacrificing. Ruth had the opportunity to rebuild her life, marry again, and have children if she stayed in Moab. Being a Moabite in Israel meant there would be no marriage and no children. For a woman of that time, having no children was the worst type of shame. Not only that, but there was no land waiting for them, no possible way to make a living, and no man to take care of them. 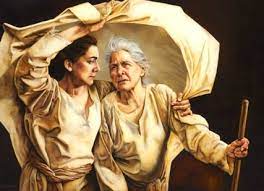 Rather than return to her hometown, Ruth remained steadfast in her love for Naomi and Naomi’s God. She sacrificed a life that she knew for a life of uncertainty. Naomi couldn’t promise Ruth a comfortable future with a husband or financial security. But still, Ruth went with her. She showed the same kind of faith that Abraham did when he left Ur to go where God led. “Faith shows the reality of what we hope for; it is the evidence of things we cannot see” (NLT). 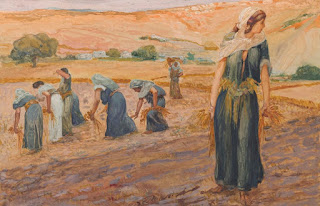 Following Naomi back to Bethlehem, which must have been an arduous and dangerous trip for two women, Ruth navigated Israelite culture and custom to save her mother-in-law. As a foreigner, she risked being attacked or raped by the workers and ostracism by other gleaners by going out alone to neighboring properties to glean for barley. God rewarded her faith and her sacrifice by leading her to Boaz’s property. Boaz had heard of her loyalty to Naomi, so he made sure his workers were kind to her. 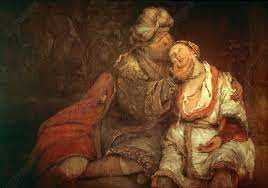 The hardest test came when Naomi told Ruth to go lie at Boaz’s feet. “Uncover his feet and lie down. He will tell you what you are to do." (3:4) Imagine how she must have felt—anticipating the rejection of this wealthy older man for what might be construed as a sexual proposition. Naomi sent her to do this to effect Levirate law, which obliged a close relation of Mahlon, Ruth’s husband, to become a kinsman redeemer (goel) in order to give Mahlon children and perpetuate his lineage.
Loyal to Naomi, Ruth obeyed. To Boaz, she said, “I am your handmaid Ruth. Spread your robe over your handmaid, for you are a redeeming kinsman.” It turned out Boaz wasn’t the closest relative, so he went to the gate where contracts were signed. The unnamed relative, unwilling to jeopardize the inheritance of his own estate by marrying Ruth, relinquished his right of redemption.
Naomi would have known there was a closer relative, but she also knew that Boaz was the son of a certain prostitute named Rahab. Thus, he would be more likely open to marrying a woman with a questionable heritage. They married and had a son, Obed. An Obed grew up to be King David’s grandfather. 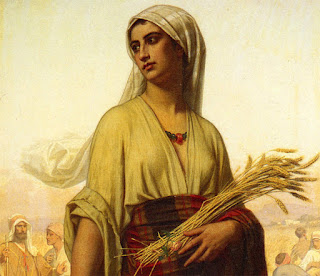 Remember the song by Frankie Valli and the Four Seasons? Read the story. 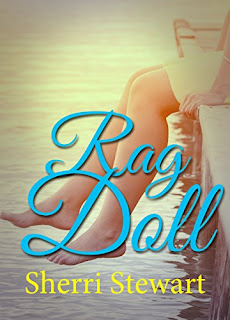