THERE’S A STORM A BREWING 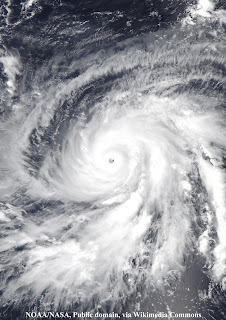 "Even in the middle of a hurricane, the bottom of the sea is calm. As the storm rages and the winds howl, the deep waters sway in gentle rhythm, a light movement of fish and plant life. Below there is no storm." - Wayne Muller

Hurricanes are violent and devastating to anything in their paths. Unless of course, you are tucked safely under the ocean. 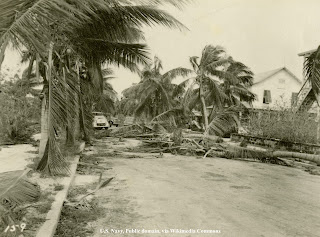 Hurricanes haven’t always been given names. For a long time, they were given a number and a type, like hurricane or tropical storm if they weren’t as strong. Even lesser storms were marked as tropical depressions.

The hurricane season of 1944 was the last year—for the most part—that hurricanes weren’t “named”. The practice of identifying storms with a name does go back centuries (1526) but is spotty. Although, places where they occurred and things that were hit were used, as well as people (like saints). 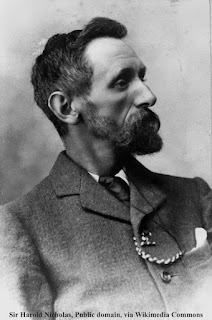 But credit for giving personal names to these storms is bestowed upon Clement Wragge, a Queensland Government meteorologist, who used this practice from 1887-1907. He started labeling storms over Australia, New Zealand, and Antarctica using the Greek alphabet, Greek and Roman mythology, and female names. Wragge petitioned for the Australian Government to develop a federal weather bureau and name him as director. When they failed to do either, he responded by identifying these storms with political figures in his current meteorological position. The practice fell out of use for several years after he retired. However, people remembered this way of distinguishing storms. Launceston Examiner newspaper published an editorial on October 5, 1935 calling for this designation system to return. Not until late in WWII would this method see a revival. 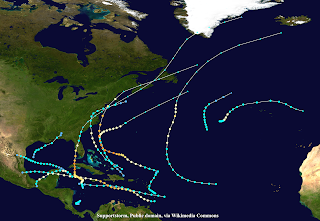 In 1944 fourteen tropical storms and hurricanes were recorded as well as seven tropical depressions that didn’t reach tropical storm strength. This was a time before they started naming storms or had the category scale to measure how big or strong they were, which came later in the 1970s.

Forecasters in the US Army Air Force began informally naming storms after their wives and girlfriends in 1944. In the United States Airforce and Navy, this became popular with the meteorologists because it reduced confusion while discussing the storms on the map. By 1945 the US Armed Services officially selected a list of names—all women—for storms in the Pacific.

However, the US Weather Bureau—seeing themself as a more serious organization—refused to adopt this method of identifying storms in the Atlantic. They deemed it inappropriate to do something frivolous like using women’s names in official communications and would make them look silly. Two years later in Miami, the Air Force Hurricane Office commenced using the military phonetic alphabet to designate significant storms in the North Atlantic. They were used for several years internally between weather centers and aircraft but weren’t utilized in public reports.

In 1950, when three tropical cyclones occurred at nearly the same time, this led to confusion in the media and public. So, the next storm got a name that was used in public statements and in the seasonal summary. 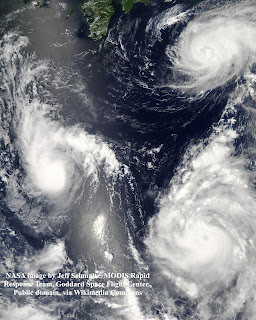 Partway through writing Mrs. Witherspoon Goes To War, a stray thought skipped into this west coast gal’s head. Hmm? What about hurricane season? So, I researched the 1944 Atlantic hurricane season. Did I want to move my story’s timeline or location to avoid hurricane season? At first, I wanted to avoid hurricane season at all cost. I didn’t want to research hurricanes. But then…I found the perfect hurricane that fit beautifully into my story to make the difficult stuff my heroine was already going through even harder. Enter the Cuba/Florida Hurricane (October 9-24), one of two that received place names that year. 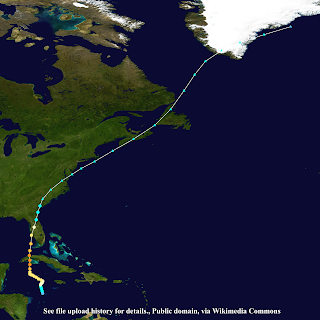 I also had to make sure that any other hurricanes during my timeline which might affect my story setting at least had a mention. Enter the Great Atlantic Hurricane (September 9-15).

Hurricanes come and go as they please, paying no attention to what the world is doing, like a global war.

"The hurricane does not uproot grasses, which are pliant and bow low before it on every side. It is only the lofty trees that it attacks." - Panchatantra