That’s what a Northrop Delta looks like to me, and I wanted to share this little guy with you. 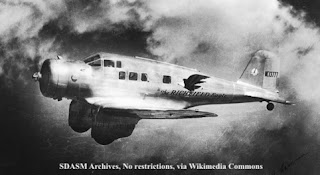 I love a good underdog, root for the little guy, and hope for the unexpected long shot to win. The Delta was all of these to some degree.

Built in the 1930s by Lockheed Martin, this passenger plane had all the comforts we expect today. Nineteen-inch-wide upholstered seats sat two abreast parted by an aisle in between, making each both window and aisle seats. Along with ample leg room, one would find a reading light, ashtray (Well, we don’t have those anymore.), and individual ventilation controls. The ride was quiet due to the sound-deadening insulation throughout. I never realized passenger planes had all these creature comforts so far back in history.

There was more than met the eye with the tiny hauler. It was quite a versatile little craft. It had wheels for takesoffs and landings on dry ground. The wheels could be swapped out with floats for water takeoffs and landings. 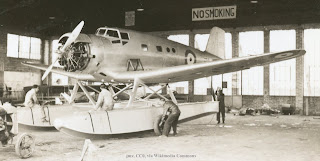 But it could also have skis slapped onto it for snowy terrain. There wasn’t anywhere it couldn’t go. Most aircraft were relegated to dry land alone.

This high-speed, long-range, single-engine aircraft was built to transport passengers in the commercial market. The Delta was a low-winged monoplane with a wide fuselage that sat on top of the wings and had streamlined spats that covered the landing gear. An enclosed cockpit behind the engine served the single pilot, while the rear compartment could seat up to eight passengers.

So why were only thirty-two of these cuties built?

Especially when May 1933 saw the first Delta soar into the skies. Our little toddler had taken his first “steps” and received his certificate of airworthiness in August of that same year. No stopping it now.

In October of 1934, the US government changed the commercial regulations for aircraft that could transport passengers. Single-engine airplanes no longer qualified for carrying passengers in the commercial setting at night or over rough terrain. If a craft needed to make an emergency landing in either of these conditions, they were deemed not safe enough with only a single engine. This regulation basically stopped production of this diminutive passenger plane, relegating it to the backseat.

The company managed to make thirteen and sold a few. Canada bought one and produced nineteen more. With wheels, skis, or floats, the Delta performed well in Canada’s north. 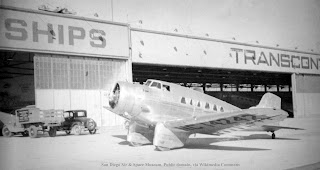 Some Deltas were used for photo surveying. When WWII broke out, some were fitted with a rear gun turret, wing-mounted machine guns, and bomb-carrying capabilities. Now a patriot, the little plane was ready to fight for freedom. However, there were other craft which could do these jobs better and faster. So the poor Delta took a backseat again. Once their frontline war usefulness was over, they were relegated to trainers and other second line duties. By the middle of the war, most all of them were no longer in use.

Such a short lifespan.

The Delta might have been mostly unloved in the real world but proved absolutely perfect for the rescue mission in my story. Not only was it the right size for the job I had in mind, but it wouldn’t be missed when my WASPs “borrowed” it. It had everything I needed and played a vital role.

Newsletter  Blog   FB  FB Readers Group   Amazon   GoodReads   BookBub
These are the main sites I referenced for this article.
https://en.wikipedia.org/wiki/Northrop_Delta
https://www.militaryfactory.com/aircraft/detail.php?aircraft_id=1530
http://www.fiddlersgreen.net/models/aircraft/Northrop-Delta.html
Posted by Mary Davis at 3:30 AM