Rahab, a Righteous Woman of the Night With God, nothing is an accident, so it’s no accident that Rahab the Prostitute was carefully chosen by Him to be one of five women in Jesus’s genealogy. I love that about Him. So the question has to be—why was she chosen? Rahab was a Canaanite, the people whom Joshua and the twelve tribes were commanded to annihilate because their sin was so bad. 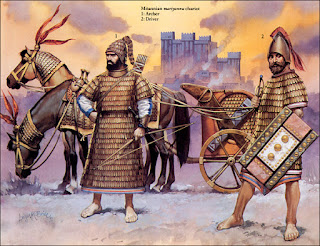 She plied her trade in a house which was in the wall that surrounded the city of Jericho. We don’t know if she lived there by herself or if she shared it with her family, but chances are she was wealthy enough to own her own house, so she must have been successful at her trade. 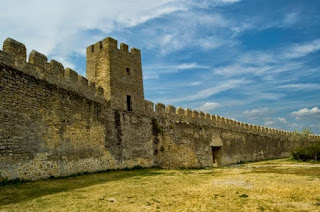 We learn about Rahab in the book of Joshua. Two spies were sent by Joshua to scout the walled city, which would be the Israelites’ first target to destroy. One can imagine that the spies were righteous men. After what had happened to the ten spies of the book of Numbers, Joshua would have carefully chosen men of faith—men he could trust. No God-honoring Jewish man would go anywhere near a prostitute’s house, so there must have been something about Rahab that changed their minds. 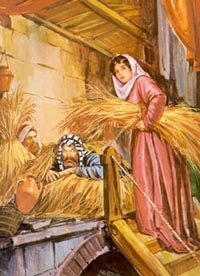 We know about Rahab by what she said. In Joshua 2:9-13, she said, “I know that the LORD has given you this land and that a great fear of you has fallen on us, so that all who live in this country are melting in fear because of you. We have heard how the LORD dried up the water of the Red Sea for you when you came out of Egypt, and what you did to Sihon and Og, the two kings of the Amorites east of the Jordan, whom you completely destroyed. When we heard of it, our hearts melted in fear and everyone’s courage failed because of you, for the LORD your God is God in heaven above and on the earth below.” These verses show that she believed in the God of Israel simply based on stories she had heard. No doubt, had the powers-that-be in Jericho known in whom she believed, she would have been killed by them. Although she used the pronoun ‘our,’ there’s no indication that anyone else believed what they heard except perhaps her family. 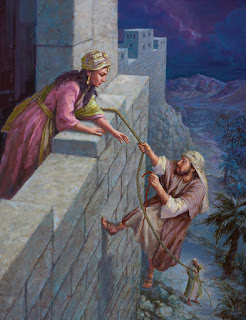 We know about Rahab by what she did. She hid the two spies under flax and lied to those who came to seize them. So Rahab was a harlot, a Canaanite, and a liar, but she put her life on the line for what she believed in. Her belief in the stories she’d heard about Moses led her to risk her life for the enemy. Rahab also loved her family. Francine Rivers’ book, A Lineage of Grace, contains a fictional account about Rahab’s family and how they balked at having to stay hidden in her house while the rest of the city ran for cover. It’s interesting that the red cord she was to hang in the window was not unlike the blood of the lamb that was smeared over the doorpost of the Israelites in Egypt. 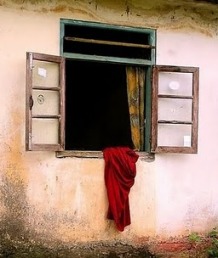 So what happened to Rahab? We know that she and her family were saved when the rest of the city perished. In Rivers’ book, Rahab lived at a distance from the rest of the Israelites at least at first because she was a foreigner and a woman of the night, but we know that she married a man named Salmon. Was he was one of the spies? It would make a great movie if he was but their son, Boaz, married Ruth, a Moabite. Ruth is also in the genealogy of Jesus. 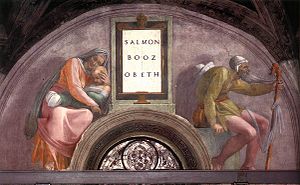 Rahab is listed as a person of great faith in Hebrew 11:31. “By faith the prostitute Rahab, because she welcomed the spies, was not killed with those who were disobedient.” Again, the women of Matthew 1 prove it’s not about one’s nationality or family or past; it’s all about what one does with what they’re given.