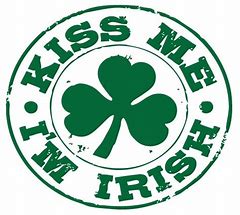 I’ve always embraced my Celtic roots, from the auburn in my hair to my Irish smile. Movies about Ireland are among my favorites. The Quiet Man with John Wayne and Maureen O’Hara, and Leap Year, a contemporary love story. Yes, Ireland has always been deep in my soul, until my sister took a DNA test and found we’d spent more time in other European countries than the Emerald Isle. 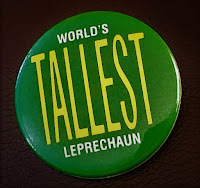 Maybe I was adopted. 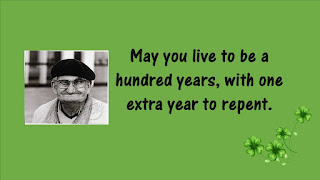 At any rate, here's the craic on some misunderstood Irish facts. (Craic is a common word for fun going's on, gossip, or story.) 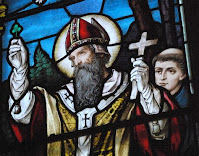 First off, let’s talk about Saint Patrick, the patron saint of Ireland. He wasn’t Irish. He was but a lad of about sixteen and a Roman citizen of Britain, when he was captured by pirates and sold into slavery in Ireland. He escaped to his homeland, became an ordained Bishop, and returned to the land of his captivity as a missionary. Some say he drove the snakes (the pagans) out of Ireland, but more accurately, Saint Patrick brought Christianity into the country. As a result, he was instrumental in changing laws and culture, advocating for women, the poor, and the enslaved.

Do you know what the national symbol is? The shamrock, you say. Indeed, ‘tis not! Well, not the only one, anyway. A 14th century harp is the official national emblem of Ireland, but not without its controversy. As respected as poets, harpers were held in high esteem. In 1431, Henry the VIII of England declared the musical instrument as the national symbol. He even ordered the image to be used on coins. Eventually, however, harp music fell out of favor. By 1912, the harp was resurrected as a representation of resistance to the United Kingdom, and the image was flown on a green flag. After gaining their independence, the Irish government wished to make it their national symbol once more. But not so fast! Guinness, as in the beer, had already registered the figure in 1862, long before the revolution. Not to be deterred, the government simply flipped the harp from left to right, effectively distinguishing the harp’s image for posterity.
If you ask an Irishman a direct question, they will not answer with a simple “yes” or “no.” This is because these words are not in their original Gaelic vocabulary that dates back to the 4th century. When you inquire if they want to join you at the pub, they will answer with “I would” or “I would not.” More than likely the former as many of them love their beer—the one with the harp on it. 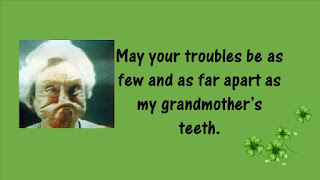 The term, boycott, has been bandied about lately, along with the word, cancel. But where did it originate? If you look at the word itself, it gives no clue to its meaning, unlike cancel, which, in part, comes from the Latin cancellare, meaning “to make like a lattice” or in short, “cross out.” Rather, the word started in Ireland. In 1880, Captain Charles Boycott, a land agent from Ulster, refused to reduce the rents of his employer’s tenants. As a result, he was ostracized by the entire community. The Times of London coined the expression, to boycott, as a term of organized isolation. 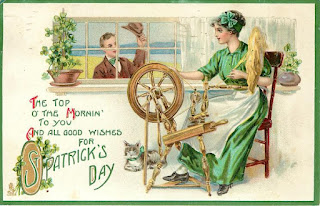 “Top o’ the mornin’ to you.” The phrase that kicked off this article was once used in the British Isles during the Victorian era, gaining popularity in Ireland. However, if you said it to an Irishman today, you’d be laughed at. Hollywood resurrected the archaic term and joined a long list of Irish stereotypes. Notably, Clancy, the red-haired hot head with an ale in one hand and a shillelagh (walking stick) in the other, searching for a Leprechaun and his pot of gold at the end of a rainbow.
The drop of Irish blood in me wishes to bestow a blessing before we part: 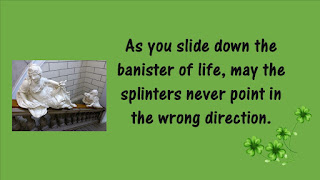