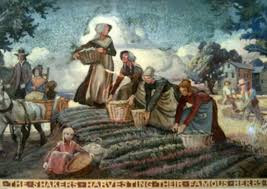 I recently read a fiction historical series that featured Shaker communities. I must confess, I had no idea what a Shaker was other than the modern terminology as in “Movers and Shakers.” While I couldn’t agree with much of anything about the Shaker lifestyle, I found it fascinating. I’m not here to offer my opinion about the Shakers, but to tell you about these people with such an odd contribution to our country’s history.

As Protestant Reformation in the 17th and 18th centuries established new Christian sects outside of the Catholic Church, The United Society of Believers in Christ’s Second Appearing, commonly known as the Shakers, was established in England in 1747. Ann Lee, whom the shakers refer to as Mother Ann, a Quaker by birth, established this sect and became its leader.

Ann claimed "a special manifestation of Divine light" and established the sect based on her visions. She sailed to America in 1774 to begin the first American Shaker community with seven "disciples."

In short, the Shakers believed in communal living, sharing of all property and pacifism. What they didn’t believe in, and perhaps to their own detriment, was procreation. Men and women had separate living quarters in dormitory settings and were generally kept separate at all times except for meals and some of their worship dances. Men and women were considered equals and they referred to each other as brothers and sisters. Any children already belonging to those who joined the Shakers were housed and educated in a “children’s house” with little or no contact with their parents. 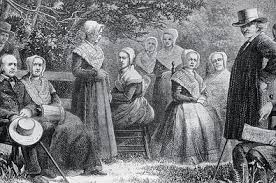 Shakers lived as simplistically as possible in all manner of dress and speech and built villages in rural communities where they became self-sufficient with members assigned to gardens, crops, kitchen, cleaning and various other tasks. They believed intense labor and fine craftsmanship were forms of worship and became known for producing high quality furniture, many items still highly sought-after antiques.

They believed, according to Mother Ann’s vision, that it was possible to form a more perfect society on earth. 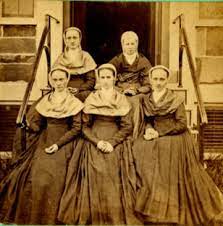 Eventually there were 19 Shaker communities in the Northeast, Ohio, and Kentucky. They referred to those who lived outside their communities as people from "the World." They allowed contact with outsiders and rejected no visitors but did not interact outside of their village. They were willing to take new members into their communities as long as they gave them all their property and lived according to their beliefs. Consequently, many people who had no other means of support, such as widows, those with farm foreclosures, etc. were taken into their membership

The entire community met for worship services on Sundays with dancing (spontaneous or choreographed) comprising a major part of the services. 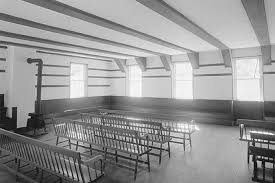 They were known for “frenzied screeching and whirling” (hence the common name of Shaker.) They also sang, gave testimonies and had periods of retrospective silence. No one was prevented from leaving, but they could take none of their previously-owned property with them. “Winter Shakers” were those who came to live with them during cold months and left again with warmer weather.

So what happened to the Shakers? Predictably, they mostly died out while living their beliefs of celibacy. The most current information I could find tells us there are only two Shakers left in the world, both relatively old. Interesting stuff, huh?

Rand isn't looking for love. What he needs is a wife to care for his orphan nieces. Desperate, he sends an advertisement to a newspaper and hopes for the best.

Fleeing her employer who would use her to further his unlawful acts, an advertisement reads like a refuge to Carly. Escaping the city and the danger to hide on a Kansas cattle ranch is her best shot.

But its sanctuary comes with a price. While marrying a man she doesn't know or love means sacrificing her dreams, it's better than being caught by the law. Or is it?