The History of Buttons 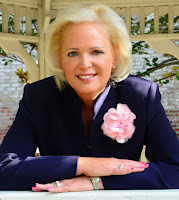 We all have buttons on some of our clothes. I was surprised Old Order Amish do not use buttons, because they consider them a decoration, and they don't use them as to not draw attention to their clothes, especially since buttons were once considered a sign of prestige. We'll learn more about this below.

The oldest button was found in a region of the Indus Valley, now known as modern day Pakistan. It is estimated to be around 5000 years old, with a decorative flat face that fits into a loop, and is primarily made out of curved shell. These buttons were not used as a closure on clothing or sewn in a straight line. They were used as decorations.

Ancient Romans also made and used buttons. Their garments were loose-fitting and made of heavy material which required thicker buttons made of horn, wood, and bronze. The Middle Ages is when the button really began to take hold as a fastener. Buttons were used for more fitted clothing for men and women.

In the 1600's, button makers became more popular around the globe. During this time, buttons were only affordable to the more wealthy men and women. They were a symbol of prosperity and prestige.

In the 1890s freshwater pearl button manufacturing exploded—in response to the ever-growing demand of the ready-to-wear industry (and to protective tariffs that discouraged imports). In factories from Wisconsin to Iowa to Arkansas, workers used tubular saws to cut round blanks from mussel and clam shells, which were ground to standard thicknesses, then faced, drilled, and polished.

The Industrial Revolution made way for prices of buttons to become affordable and worn by the masses. By the 1920s buttons made of synthetic materials were increasingly common. Because these could be made in larger sizes and different colors, ready-to-wear fashions began to feature them. Charlie Chaplin was obsessed with buttons. The bigger the button on his clothes, the better.

In the twentieth century, plastic buttons even made them more available to everyone since they could really be produced cheap.

Thank you for joining me here today to learn a little more about those buttons we've been wearing!

My newest and fifth book in my Amish Charm Bakery Series is MAGDELENA'S CHOICE. On sale for a limited time! Visit me at Molly Jebber to watch a video trailer about this story and visit me on Molly's Facebook page for contest news! The first book in the series, Liza's Second Chance, is being made into a movie by Sony/Pureflix.