After Nazi soldiers close the opera and destroy Tamar Kaplan’s dream of becoming a professional singer, she joins the Dutch Resistance, her fair coloring concealing her Jewish heritage. Tamar partners with Dr. Daniel Feldman, and they risk their lives to help escaping refugees. When they are forced to flee themselves, violinist Neelie Visser takes them into hiding. Tamar’s love for Daniel flowers in hardship, but she struggles with the paradox that a loving God would allow the atrocities around her. When Tamar resists the advances of a Third Reich officer, he exacts his revenge by betraying the secrets hidden behind the walls of Neelie’s house. From a prison hospital to a Nazi celebration to a concentration camp, will the three of them survive to tell the world the secrets behind barbed wire?
Buy Now

Peyton Quinn is tasked with preparing the grand Calumet Castle ballroom for a spectacular two-hundred-guest summer gala. As she works in a male-dominated position of upholsterer and fights for women’s equality, she’s persecuted for her unorthodox ways. But when her pyrotechnics-engineer father is seriously hurt, she takes over the plans for the fireworks display despite being socially ostracized.

Patrick Taylor, Calumet’s carpenter and Peyton’s childhood chum, hopes to win her heart, but her unconventional undertakings cause a rift. Peyton has to ignore the prejudices and persevere or she could lose her job, forfeit Patrick’s love and respect, and forever become the talk of local gossips.

She’s making a run toward hope, love, and family and she’s not letting go.
Buy Now

Orphaned as a young girl, Ella longs for a life she’s only read about in books. To escape a desperate situation, she heads west as a mail-order bride, narrowing her choice of spouse to three brothers, a millwright, a businessman, and a horse trainer, all searching for a marriage of convenience which will provide the inheritance that will finance the family’s business venture in Oklahoma.
Newspapers claim the unchartered territory is a land where streams flow with milk and the heavens rain down a supply of honey. Will her road lead to the Promised Land?
Buy Now

Roxy Silva is completing her hometown mail route, when a sinkhole suddenly opens up and drains a retention pond, revealing the hiding place of the damaged car used in her husband’s unsolved murder. Roxy - determined to find her husband’s killer - turns amateur sleuth and uses her amazing photographic memory to piece together clues. Her relationship with the town’s handsome detective Kyle heats up as they uncover shocking secrets. When the killer takes Roxy captive, she must use her wits to survive.
Buy Now

Calli works as a nurse with the US Army at Fort Bridger, Wyoming in 1880. When a wagon train full of discouraged emigrants passes through on its way east, a pregnant widow delivers her baby then dies. Bradley Wilson, leading this train, has few options. He asks Calli to travel with them until they find a relative to take the child in St. Joe, Missouri. Calli, drawn to both this dark and quiet man and the child, resists. But when she disappears, he wonders if she’s run away or been kidnapped. Can these two put their pasts behind them and move into a new future together? Or will Calli insist on having things her own way?
Buy Now

He is destined to be high priest—but at what cost to those he loves?

In ancient Samaria, Aban anticipates his rites of passage with excitement and dread. But when the prophet Elijah interrupts the rituals and curses the land with drought, the king appears powerless and the rain god does nothing.

Against his better judgment, Aban conceals the prophet’s whereabouts. Now an enemy of the relentless Queen Jezebel, Aban has little time to question his fading commitment to Melqart. He will have to choose a side in Yahweh’s war against the Ba’als—and it may cost him his life.
Buy Now

Are a new life and new love possible in a country devastated by war?

Barely married before she’s widowed, journalist Cora Strealer travels to England where she’s assigned to work with United Press’s top reporter who thinks the last place for a woman is on the front lines. Will she have to choose her job over her heart?

A sought-after journalist, Van Toppel deserves his pick of assignments, so why did the bureau chief saddle him with a cub reporter. The beautiful rookie is no puff piece. Can he get her off his beat without making headlines…or losing his heart?
Buy Now Sherri Stewart’s hobby is writing inspirational fiction—either suspense or historical, sprinkled with romance and a strong message that challenges our faith. A former French teacher, principal, attorney, and flight attendant, she now spends her working hours with books—either editing others’ manuscripts or writing her own. Her passion is traveling to the settings of her books, sampling the food, and visiting the sites. She enjoyed visiting Haarlem to research A Song for Her Enemies, and Paris for its sequel which is in the works. A recent widow, Sherri lives in the Orlando area with her lazy dog, Lily, and her son, Joshua, who can fix anything. She shares recipes, tidbits of the books’ locations, and pix in her newsletter. Subscribe at http://eepurl.com/gZ-mv9 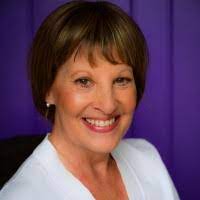 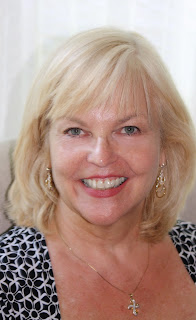 Kimberly Grist is married to her high school sweetheart, Nelson, a former teacher and coach, now a pastor. They have three adult sons, one with Down syndrome, and they have a passion for encouraging others with family members with special needs.
After years of thinking about it, in 2017, she began writing her first novel. Rebecca’s Hope is the first story in seven books and introduced a western town in the late 19th century filled with colorful characters and innovative young women inspired by her grandmothers. From the very beginning, her objective was to combine History, Humor, and Romance, emphasizing Faith, Friends, and Good Clean Fun. Learn more at https://kimberlygrist.com/ 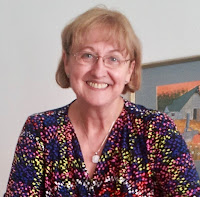 Mary Dodge Allen has won a 2022 Christian Indie Award and two Royal Palm Literary Awards from the Florida Writer's Association. She and her husband live in Central Florida, where she has served as a volunteer with the local police department. Her childhood in Minnesota sparked her lifelong love of the outdoors. She has worked as a Teacher, Counselor and Social Worker and as a USPS mail carrier during a college break. Her quirky sense of humor is energized by a passion for coffee and chocolate. She’s a member of The Florida Writer's Association, American Christian Fiction Writers and Faith Hope and Love Christian Writers. Her website: http://www.marydodgeallen.com 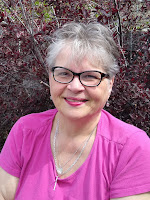 A hybrid author, Donna writes squeaky clean historical and contemporary suspense. She has been published more than 50 times in books; is a member of several writers groups; facilitates a critique group; teaches writing classes; ghostwrites; edits; and judges in writing contests. She loves history and research, traveling extensively for both.  Visit her at https://www.donnaschlachter.com/ 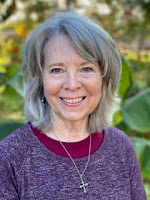 Dana McNeely dreamed of living in a world teeming with adventure, danger, and romance, but she had a problem—she also needed a lot of peace and quiet. She learned to visit that dream world by stepping into a book. Soon, she began writing her own stories, fact and fiction. Inspired by the Bible stories of Elijah, Dana wondered why the prophet came to stay with the widow of Zarephath and her son. Who were they? What was their life, before? How did the boy change after he died, saw the other world—and came back? Those questions led to Dana writing RAIN, in which she built her dream world of adventure, danger, and romance. Peace and quiet, however, have remained elusive. No stranger to drought, Dana lives in an Arizona oasis with her hubby the constant gardener, two good dogs, an antisocial cat, and migrating butterflies. Learn more at https://DanaMcNeely.com

Linda Shenton Matchett writes about ordinary people who did extraordinary things in days gone by. A volunteer docent and archivist for the Wright Museum of WWII, Linda is a former trustee for her local public library. She is a native of Baltimore, Maryland and was born a stone’s throw from Fort McHenry. Linda has lived in historic places all her life, and is now located in central New Hampshire where her favorite activities include exploring historic sites and immersing herself in the imaginary worlds created by other authors. Learn more about Linda and her books at http://www.LindaShentonMatchett.com