The word rapture is not a word found in Scripture. So, where did the idea of a rapture come from to inspire novels, movies, and imaginations of Christians visualizing trucks without drivers, airplanes without pilots, and boats careening into each other?

It appeared to begin with Margaret Macdonald. She was born in 1815 in Port Glasgow, Scotland, and died around 1840. She lived with two older brothers who were in the shipping business. Margaret was a teen-age girl who had a dream where she saw Christ and was caught up to meet Him. 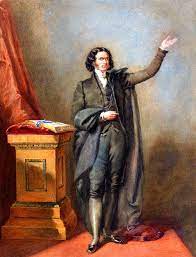 In Scotland, beginning 1826 through 1829 there was an outbreak of supernational gifts from the Holy Spirit. Preachers were intrigued and came to observe these events. Edward Irving and Henry Drummond thought these events were honest displays of the Holy Spirit. However, John Nelson Darby and Benjamin Wills Newton, whom the Plymouth Brethren sent to investigate, said these displays were demonic.
And it was around that time, in the early 1830s Margaret received her dream. She has often been thought of as a visionary, or as others would say later, for "inventing" what is now known as the pre-tribulation rapture of the Church.

Margaret Macdonald wrote down everything and sent hand-written copies to Christian leaders. Her revelation was published in Robert Norton's Memoirs of James & George Macdonald, of Port Glasgow (1840), pp. 171—176. Norton published it again in The Restoration of Apostles and prophets: In the Catholic Apostolic Church (1862), pp. 15—18.

John Nelson Darby (1801—1882) attended Westminster School and later graduated from Dublin's Trinity College. He studied law and was admitted to the Irish Chancery Bar in 1822. Because of his desire to help the poor Irish Catholics, he became a priest of the Church of Ireland.

However, as he studied the Bible, he felt the church had become too “established.” Darby wrote, "The Christian is directed to turn away from evil and turn to the Scriptures, and Christ (Revelation 2 and 3) is revealed as judging the state of the churches." 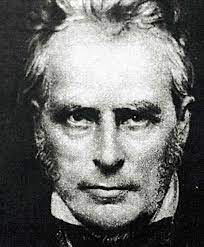 Darby resigned his position as priest and joined the Brethren. His pamphlet The Nature and Unity of the Church of Christ (1828) describes their beliefs and practices.

The former priest was now on his own mission. Darby traveled to churches in Western Europe, North America, Australia, and New Zealand, all the while condemning denominationalism and calling believers to his new ecclesiology.

Darby developed a new premillennialism that he later called "dispensationalism" and saw history as a "progressive revelation." The "catching away" as spoken of in Thessalonians he referred to as the rapture. "At the rapture, he said, Christ will come for his saints; and at the Second Coming, he will come with his saints."

Samuel Prideaux Tregelles was born a Quaker and became a biblical scholar, and often mentioned he believed Darby's concept, was taken from one of the charismatic utterances in Edward Irving's church." Tregelles regarded the utterances as pretending to be from God. His implication is that Darby's rapture is from a demonic source. Dave MacPherson built upon Tregelles's accusation and argued that the source of Darby's rapture was Margaret Macdonald's 1830 vision of the end times. 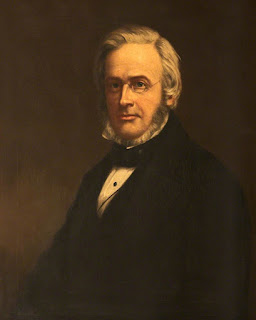 Darby denied this. His teachings continued to be popular and even more so after his death. Darby is thought of as the first to formulate the concept of a pretribulation rapture.

In 1909, C.I. Scofield published Darby's ideas in the Scofield Reference Bible. The Scofield Bible became one of the bestselling religious texts of the twentieth century.

What does The Britannica Encyclopedia say about the Rapture?

"The belief in the Rapture emerged from the anticipation that Jesus would return to redeem all members of the church. The term rapture, however, appears nowhere in the New Testament. In his First Letter to the Thessalonians, the Apostle Paul wrote that the Lord will come down from heaven and that a trumpet call will precede the rise of ‘the dead in Christ’ (4:16). Thereafter, ‘we who are still alive and are left will be caught up’ (in Latin, rapio, the standard translation of Paul’s original Koine Greek) ‘together with them in the clouds to meet the Lord in the air’ (4:17)."

We have heard from everyone but Jesus regarding the signs of the times and the end of the age, Matthew 24:23—31 (NKJV) (the bolding was done to better clarify Christ's words and links with the data above): "Then if anyone says to you, 'Look, here is the Christ!' or 'There!" do not believe it. For false christs and false prophets will rise and show great signs and wonders to deceive, if possible, even the elect. See, I have told you beforehand. …For as the lightning comes from the east and flashes to the west, so also will the coming of the Son of Man be. …Immediately after the tribulations of those days the sun will be darkened, and the moon will not give its light; the stars will fall from heaven, and the powers of the heavens will be shaken. Then the sign of the Son of Man will appear in heaven, and then all the tribes of the earth will mourn, and they will see the Son of Man coming in the clouds of heaven with power and great glory. And He will send His angels with a great sound of a trumpet, and they will gather together His elect from the four winds, from one end of heaven to the other.” See also Mark 13:24—27, Luke 21:25—28

Revelation 14:12,14—16 "Here is the patience of the saints; here are those who keep the commandments of God and the faith of Jesus. …Then I looked and behold, a white cloud, and on the cloud sat One like the Son of Man, having on His head a golden crown, and in His hand a sharp sickle. And another angel came out of the temple, crying with a loud voice to Him who sat on the cloud, 'Thrust in Your sickle and reap, for the time has come for You to reap, for the harvest of the earth is ripe.' So He who sat on the cloud thrust in His sickle on the earth, and the earth was reaped."

Darby’s theories do not coincide with the above scriptures. Jesus gave a detailed account as to the latter days. Why would Jesus warn his disciples in Matthew 24:4–5 and again in 2 Thessalonians 2:3, “Let no one deceive you by any means; for that Day will not come unless the falling away comes first, and the man of sin is revealed, the son of perdition, who opposes an exalts himself above all that is called God or that is worshiped, so that he sits as God in the temple of God, showing himself that he is God.” If God was planning to take the church up before this, why worry His new Christian converts regarding tedious details that do not concern them? 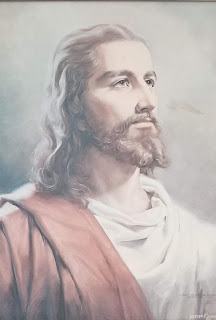 Jesus goes on to tell the disciples in Matthew 24:15, “Therefore when you see the ‘abomination of desolation,’ spoken by Daniel the prophet.” Then in Matthew 24:29–31 Jesus says, “Immediately after the tribulation of those days…they will see the Son of Man coming on the clouds of heaven…and they will gather together His elect from the four winds” (all above scriptures from NKJV).

In the meantime, get whisked into the lives of the McConnell women. Follow these strong women from the days of the Civil War through the epic battle with Hitler. Discover what has inspired readers all across the world as these four books are brought together as a set.

"The message of the Destiny series is even more applicable today than when it first released. Praying for America’s repentance and to embrace God like never before."   Debra B. https://www.crossrivermedia.com/product/destiny-series/ 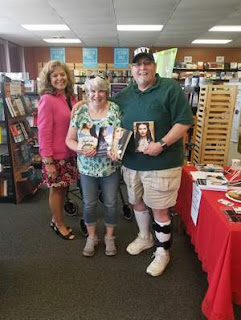 “My readers are my encouragers!”

Catherine is an award-winning author of the inspirational historical romance Destiny series (Swept into Destiny, Destiny’s Whirlwind, Destiny of Heart, and Waltz with Destiny) and Wilted Dandelions. Her newest book, an inspirational Amish futuristic romance, Love's Final Sunrise will be arriving soon!

She is a longtime Michigan resident. Catherine lives with her husband of 50 years, has two adult children, and four grandchildren.