Last month, we delved into the history and development of Bluegrass music and the inspirations behind it stemming from the ballads of Scotland and Ireland. If you missed last month's post, you can read it here.

Today, it's back to some names of individuals who contributed greatly to the expansion into the Frontier west of the Appalachians. 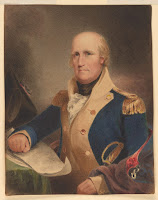 When stories from the Revolutionary War are told, towns like Lexington and Concord or events like Crossing the Delaware and winter at Valley Forge are brandished everywhere. How often do you hear about the American Frontier, though? Sure, Daniel Boone and Davy Crockett are the names of many bigger-than-life folk tales, but what about the heroes who are often overlooked?

Although Daniel Boone made great strides toward opening up the frontier on the other side of the Appalachian Mountains by leading hundreds through the Cumberland Gap, he didn't succeed alone. Many other frontiersman with equally expansive visions played vital roles, and George Rogers Clark was one of them. 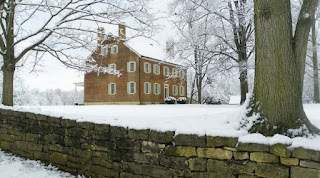 Born to wealthy landowners in Virginia, he spent most of his early years right on the westernmost border of what outlined the United States at the time. He was a red-headed giant (I like him already! *winks*) and commanded quite a presence with his confidence and knowledge, but he was also adept at persuasion. When the Revolutionary War began, he convinced Virginia to declare Kentucky a county of Virginia in order to secure supplies, then convinced Patrick Henry to send him and a small army to capture British outposts along the Ohio River. 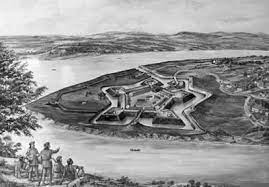 There was a ruling from England that settlers could not expand west across the mountains, but colonists didn't exactly like those restrictions, so the adventurous pioneers moved out there anyway. In retaliation, the British engaged Native Americans to attack any settlements, leaving most settlers unprotected. That's where Clark stepped in to gain support.
His efforts led to the overtaking of multiple forts along the Ohio River (often with no exchange of gunfire) as well as negotiations with several Indian tribes, convincing them to stop fighting for the British. By the end of the War, Clark had amassed a substantial amount of land for the United States through mostly peaceful engagements, nearly doubling its existing territory. The area he secured through his military leadership would become present-day Ohio, Indiana, Illinois, and Kentucky, with Michigan, Wisconsin, and Minnesota also included. 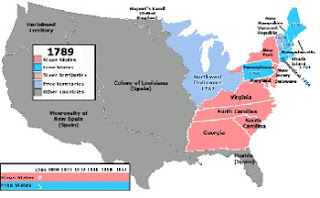 Unfortunately, as the highest ranking officer leading those campaigns, he often had to personally sign for supplies. When he appealed to the state of Virginia to cover the costs, no one wanted to take responsibility for those wartime debts. He died penniless in 1818. Only his heirs were able to finally receive a settlement from the government four years later.
Even though his accomplishments were discounted during his lifetime, the role Clark played in America's westward expansion is definitely recognized today.
Fun Fact: In 1783 Thomas Jefferson asked Clark if he would lead an expedition to explore the western part of the continent. Although Clark decided against the invitation, he later brought his youngest brother William to Jefferson’s attention. That's right. William Clark, the man who partnered with Meriwether Lewis to explore the Louisiana Purchase lands. :)
NOW IT'S YOUR TURN:

* What was your favorite part about today's post?
* If you live in any of the current states from the Northwest Territory, are you aware of any monuments, statues, plaques, etc. that honor George Rogers Clark?
* Who is a lesser-known hero in *your* area that might deserve bigger notice than the history books have granted?
Leave answers to these questions or any comments you might have on this post in the comment box below. For those of you who have stuck around this far, I have started a new pattern of sending a FREE autographed book to one person each and every month from the comments left on this blog. You never know when your comment will be a winner! Be sure to come back to this post to see if you've won.
Return to this blog every day for fascinating historical influences, but for my next contribution, visit on the 9th of September to learn about Stephen Bishop, the slave who explored Mammoth Cave and helped turn it into a tourist attraction!
For those interested in my "fictional" life as an author and industry news about other authors, subscribe to my quarterly newsletter. Receive a FREE omitted chapter from my book, A Grand Design, just for subscribing! 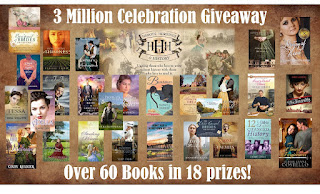 To celebrate reaching 3 Million views, HHH is hosting a HUGE giveaway of over 60 books in 18 prizes, so there are many chances to win! One grand prize will consist of 10 books, two readers will win a second prize containing 5 books, and there will be 15 winners of a third prize containing 2 books each. There are several ways to earn entries, such as following or commenting on the HHH blog each day. You can also enter with your email address at Rafflecopter using the link below. Thank you for being part of the HHH community, and best wishes in the giveaway!
http://www.rafflecopter.com/rafl/display/ce16d9c612/
Here are the 5 titles I donated to the giveaway: 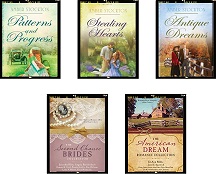