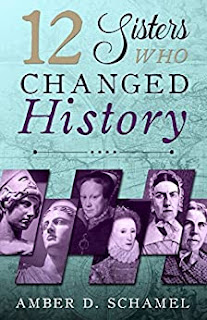 The Remarkable lives of twelve sisters who changed the course of history.
Historians paint pictures of amazing men and women who influenced the world, but seldom do we hear about sister duos that forever altered the course of history. Whether fighting together-or against each other-these twelve women set armies to flight, guarded homelands from invasion, transformed countries and religious sytems, and begat nations. From Athena and Artemis, to the English thrones of Mary & Elizabeth Tudor, the influence of these women is taken for granted.
Join us on an inspriational journey through time as we explore the extraordinary lives of Sisters Who Changed History.
*Athena & Artemis (Ancient Greek Mythology)
*Rachel & Leah (Ancient Palestine)
*Tru'ng Trac & Tru'ng Nhi (Vietnam)
*Mary & Anne Boleyn (England)
*Mary & Elizabeth Tudor (England)
*Angelina & Sarah Grimke (United States)
BUY NOW 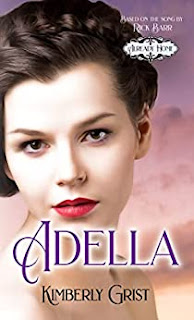 There is no ocean so great that love can’t cross.
In 1917 every man, woman, and child was called to civic duty as the
“war to end all wars” encompassed the globe.
When the patriotic call comes, Adella begins her campaign of encouragement by corresponding with the frightened and lonely soldiers. On the cusp of adulthood, the young woman is tired of living a cosseted life and hopes to gain her parent’s support when she wants to volunteer her services to the war effort. Her mother worries for her safety, but Adella is more concerned for her heart.
As a recent college graduate, Gibb is led down a path he never anticipated. And one unexpected meeting at a train station tips all of his carefully laid plans into chaos. In the void, Adella’s words of affection flow across the continents. The image of her smile and the consistency of her letters give him a reason to hope. 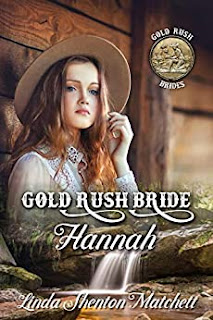 A brand-new widow, she’s doesn’t need another man in her life. He’s not looking for a wife. But when danger thrusts them together, will they change their minds...and hearts?
Hannah Lauman’s husband has been murdered, but rather than grief, she feels...relief. She decides to remain in Georgia to work their gold claim, but a series of incidents makes it clear someone wants her gone...dead or alive. Is a chance at being a woman of means and independence worth risking her life?
Jess Vogel never breaks a promise, so when he receives a letter from a former platoon mate about being in danger, he drops everything to help his old friend. Unfortunately, he arrives just in time for the funeral. Can he convince the man’s widow he’s there for her protection not for her money?
BUY NOW 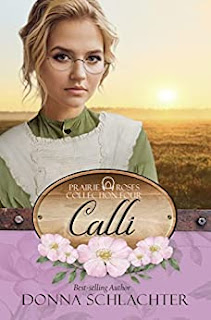 Calli works as a nurse with the US Army at Fort Bridger, Wyoming in 1880. When a wagon train full of discouraged emigrants passes through on its way east, a pregnant widow delivers her baby then dies. Bradley Wilson, leading this train, has few options. He asks Calli to travel with them until they find a relative to take the child in St. Joe, Missouri. Calli, drawn to both this dark and quiet man and the child, resists. But when she disappears, he wonders if she’s run away or been kidnapped. Can these two put their pasts behind them and move into a new future together? Or will Calli insist on having things her own way?
BUY NOW 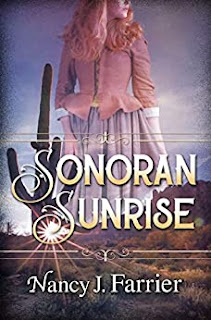 After her mother’s death, Glorianna Wilton is forced to join her father at his Arizona army post. Leaving the comforts of a big eastern city—not to mention her only hope for marriage—makes Glorianna livid. She wants to see her father, but not at the cost of living away from civilization as she knows it.
Lieutenant Conlon Sullivan believes his prayers for a suitable wife have been answered when feisty Glory arrives at the fort. Her attempts to hold him at bay and assure him of her quick return to the East only serve to increase the ardor of his pursuit.
Can Glorianna find beauty in the Arizona desert? In the serenity of the morning sunrise? In the new friendships that come her way and perhaps feelings for a certain lieutenant? If she is willing to accept Conlon's love and faith, will a conniving female and a drunken outlaw steal the joy she has gained?
Originally published as a stand-alone and in the compilation, Tucson.
BUY NOW 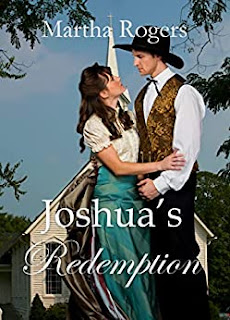 After a life-threatening accident causes Joshua Thornton to rethink his life as a riverboat gambler, he has a chance encounter with the one man, a minister in is hometown, whose unforgiving spirit chased Joshua away from his home after a foolish prank injured the minister and damaged the church. With the reverend is his daughter, Alicia, the one girl who captured Joshua’s heart years ago and has never left it. When Joshua learns his father’s shipping company may be in financial trouble, he decides to return to Havens Port in hopes of helping his father save the business. Alicia, who has always loved Joshua, is forbidden to have anything to do with Joshua because of his sinful past life. When tragedy strikes the town, Joshua proves himself to be a hero, but is it enough to transform the heart of the man Joshua scarred for life and allow two young people to follow their hearts.
BUY NOW 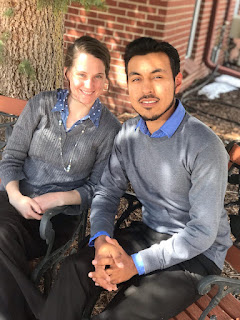 Amber Schamel writes riveting stories that bring HIStory to life. She has a passion for history, books, and her Savior. This combination results in what her readers call "historical fiction at its finest."
A homeschool graduate from a family of 12 children, Amber found her calling early in life. First published at age 21, she has continued to hone her craft and received the 2017 CSPA Book of the Year Award in Historical Fiction. Between ministry, family, and working their family-owned businesses, Amber loves to connect with readers and hang out on Goodreads with other bookish people. 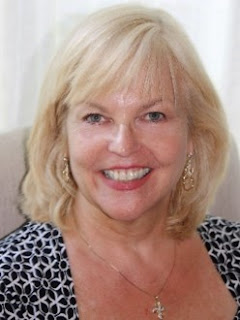 Kimberly Grist is married to her high school sweetheart, Nelson, a former teacher and coach, now a pastor. They have three adult sons, one with Down syndrome, and they have a passion for encouraging others with family members with special needs.
After years of thinking about it, in 2017, I began writing my first novel. Rebecca’s Hope is the first story in seven books and introduced a western town in the late 19th century filled with colorful characters and innovative young women inspired by my grandmothers.
From the very beginning, my objective was to combine History, Humor, and Romance, emphasizing Faith, Friends, and Good Clean Fun. 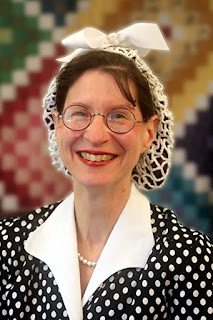 Linda Shenton Matchett writes about ordinary people who did extraordinary things in days gone by. A volunteer docent and archivist for the Wright Museum of WWII, she is former trustee for her public library.  She is a native of Baltimore, Maryland and was born a stone's throw from Fort McHenry. Linda has lived in historical places all her life and is now located in central New Hampshire where her favorite activities include exploring historic sites and immersing herself in imaginary worlds created by other authors. 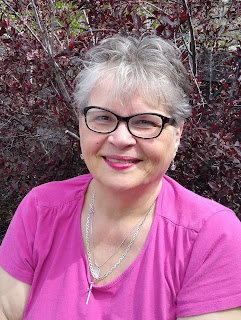 A hybrid author, Donna writes squeaky clean historical and contemporary suspense. She has been published fifty times in books; is a member of several writing groups; facilitates critique groups; teaches writing classes; ghostwrites; edits; and judges in writing contests. She loves history and research, traveling extensively for both. 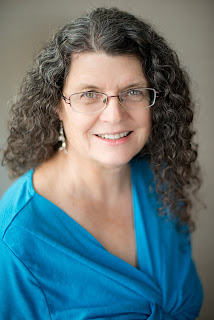 Nancy J. Farrier lives in the Sonoran Desert of south Arizona amidst mountains, sunny skies, prickly plants, and unusual critters. She is the award-winning, best-selling author of over twenty-five novels and non-fiction books. In addition to her writing and being involved with her family, she loves speaking at writers' conferences and retreats. She is part of the worship team at her church. In her down time, she loves to hike, ride her bicycle, play with her cats and dog, do needlework, and read - with an emphasis on reading - her superpower. 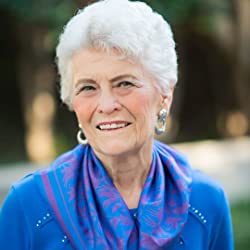 Martha Rogers was born in Texas and lived in Dallas the first 18 years of her life. After graduating from Baylor University, she moved to Houston and has been there ever since. Martha is a retired teacher at both secondary and college levels.
Posted by Linda Matchett at 12:30 AM