One Hundred Facts About Israel

When I was 21, I had the privilege to live in Israel for a year with my husband. We had only been married 6 months when we traveled to Israel with a group of young people from our church and several others from other parts of the US. We also had a married couple from Canada and one gal from Switzerland. We lived on Kibbutz Kiryat Anavim, which means Village of Grapes. Kiryat Anavim was the first kibbutz in the Judean Hills and is located just 11 miles from Jerusalem. 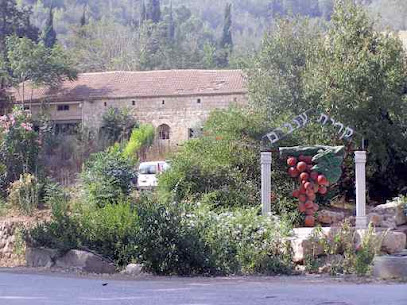 The name above the grape cluster is Kiryat Anavim
A kibbutz is a communal farm, and the residents work at the kibbutz and receive part of the profit from the various businesses on the kibbutz. The kibbutz was first created when Jews returned to Israel in the early 1900s, and they were created for protection.
Kiryat Anavim has a world-class guest house, and when we lived there, they also had a peach orchard, chicken house, and a dairy. Meals were taken in the communal dining hall. 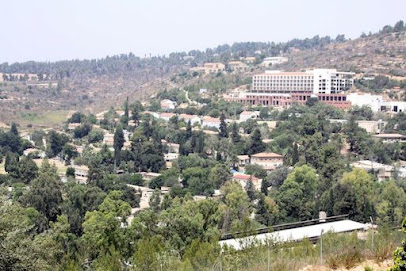 The village of Kiryat Anavim with the guest house
Part of our contract to work on the kibbutz for a year included several three-day trips, where we got to visit various places in the country, and a six-day trip to the Sinai, which was still part of Israel then. It was such a blessing to walk in places where Jesus and the disciples walked. 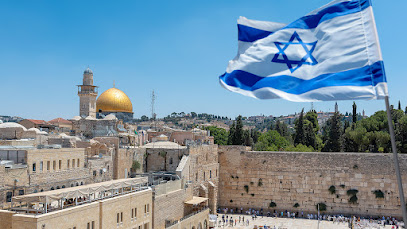 Israel is a  country with such rich history. Here are some fun facts about Israel that I bet you didn’t know:

1. Israel is the only Jewish State in the World.

2. The State of Israel is the youngest on the planet.

3. Israel is the only liberal democracy in the Middle East.

5. Israel spends more money on security than any other country.

6. Israel is the only country with a net gain in trees upon entering the 21st century.

7. The Dead Sea in Israel is the lowest point on earth.

8. The Sea of Galilee is the lowest freshwater lake in the world.

9. Israel’s economy is larger than all of its immediate neighbors combined.

10. The first cell phone was developed in Israel.

11. Voicemail technology was invented in Israel.

12. Israel is ranked #2 in venture capital funds right behind the US.

13. Israel is the world’s largest wholesale diamond center in the world.

14. Israel’s banknotes have braille so the blind can identify them.

15. Israel is the largest immigrant-absorbing country in the world.

16. Hebrew is the only ancient language to ever have been revived.

17. One-third of Israelis are volunteers.

18. Israel has more orchestras per capita than any other country in the world.

19. Israel has more museums per capita than any other country in the world.

20. Israel has the highest number of scientists, technicians,  and engineers per capita.

22. Israeli cows produce more milk per capita than any other country in the world.

23. Jerusalem is home to over 2,000 archaeological sites.

25. Jericho is the oldest continuously inhabited city in the world.

26. The Mount of Olives in Jerusalem is the world’s oldest continuously used cemetery.

27. The IDF is a leader in saving people from natural disasters.

30. Israel has the highest rate of university degrees and PHDs in the world.

31. Passengers on Israel’s national airline El Al clap for the pilots when their flights land.

32. Over a million pounds of hummus is eaten in Israel every year.

33. The smallest desert in the world, the Judean Desert is located in Israel.

34. Every year, half a billion migratory birds pass through Israel.

35. Israel consumes the most fruits and vegetables per capita in the world.

36. Israel has the highest number of kidney donations per capita. 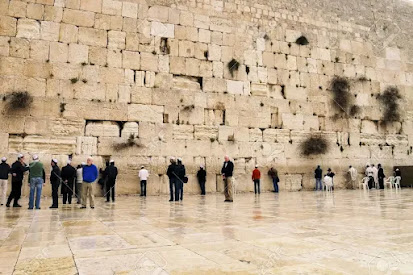 The Wailing Wall in Jerusalem

37. Over 1 million notes are left at the Western Wall every year.

38. Israel is bordered by snowy peaks in the north and desert beaches in the south.

40. Israel recycles 90% of their wastewater.

41. Babies in Israel are 10 times less likely to be allergic to peanuts than in other countries.

43. An Israeli company developed an atmospheric water generator that pulls water from the air.

44. Israel has the largest underground hospital in the world.

45. The main compounds of cannabis were first isolated, analyzed, synthesized, and named in Israel.

47. The oldest woven basket was found in Israel’s Judean Desert.

48. Tel Aviv has the largest concentration of Bauhaus buildings in the world.

49. Israel was the first country to ban underweight models from fashion shows. 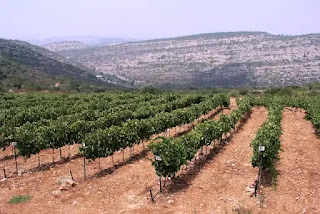 54. There are 40 kosher McDonald’s fast food restaurants in Israel.

55. An Israeli company has developed the first jellyfish repellent.

56. In 1952 Albert Einstein was offered the position of presidency in Israel.

58. Israel is the only country in the world that has the same name, location, and language as it did 3,000 years ago.

59. The Law of Return of 1950 states that “Every Jew has the right to come to this country” as an immigrant.

61. All Jewish people between 18 and 26 years old are allowed a free trip to Israel.

62. In Israel you can find hummus flavored ice cream.

64. Israel has the highest rate of entrepreneurship in the world.

66. The glue on Israeli stamps is kosher.

67. The Mighty Morphin’ Power Rangers TV series was produced by an Israeli.

68. The World Centre of the Bahai faith is located in Israeli cities of Acre and Haifa.

69. Beersheva has the largest number of chess grandmasters per capita in the world.

70. Every year, an Israeli Arab hotel manager called Jaaber Hussein buys all of the country’s chametz for Passover.

71. The world’s largest green pepper was recently recorded in Israel. 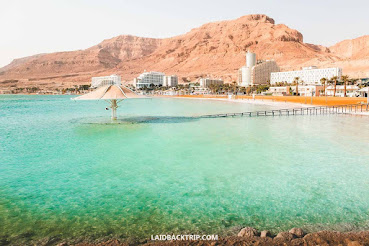 74. People who keep Shabbat can get car insurance, which doesn’t cover Saturdays.

75. Israeli scientists have ruled that giraffe milk is kosher.

77. The most common street name in Israel is Hazait, meaning Olive Street.

80. There are over 40 National Parks in Israel.

81. The Hoopoe is the national animal of Israel.

82. The Menoreh is the national emblem of Israel.

83. Israel is located on the Asian continent.

84. The capital of the State of Israel is Jerusalem.

85. A native-born Jew in Israel is known as a Sabra. 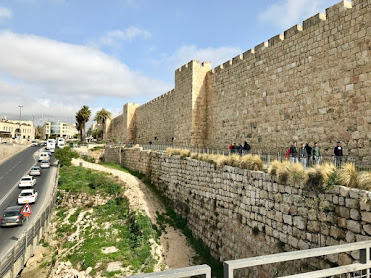 Walls of Jerusalem
86. Since its early history, Jerusalem has been a walled city.

87. The Judean date palm was brought back from extinction in Israel after 2,000 years.

88. After Tokyo and New York City, Tel Aviv has the most sushi restaurants per capita.

89. Israel publishes more books per capita than any other country in the world.

90. Israel is one of only three democracies in the world without a constitution.

91. Israel has more computers per capita than any other country.

92. Israel has its own day-long festival of love, called Tu B’Av.

93. Israel has won more Nobel Prizes than all other Middle East countries combined.

94. Golda Meir was the third woman in history to serve as prime minister.

96. Israel is a world leader in the invention of new technologies.

97. Hiking and camping are an integral part of Israel’s culture.

98. The Israel Postal service has a special Letters to God department.

99. More than half the landmass of Israel is desert.

100. 5 out of 7 natural craters in the world are located in Israel.

(Originally posted by Posted by Mordechai Feder on November 19, 2021 at ShopIsreal.com) 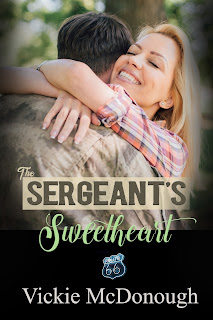 THE SERGEANT'S SWEETHEART
Vickie McDonough
Scott Jantzen only had eyes for one girl in high school, but he never had the nerve to ask her out. Now an Army sergeant stationed in Kuwait, he gets Haley Tannehill’s email from her brother and reaches out. Will she respond to his request to chat via emails? Haley almost deletes Scott’s email, but then she sees his comment about knowing her brother. She racks her brain but doesn’t remember him from high school. On a whim, she emails him back. She enjoys getting to know the interesting soldier—until the day he says he’s returning home and wants to meet her face to face. Haley realizes that she’s lonely and agrees to meet. Will things turn out well? Or will this be the worst decision she’s ever made?

Available on Amazon / Free on KU
Posted by Vickie McDonough at 1:30 AM