by Cindy Kay Stewart
Today's post continues the story of the Comet Escape Line, the network  established during World War II to escort downed Allied Airmen safely out of Europe and back into the fight. If you missed the earlier posts and would like to read them, just click on these links: March, April, May, June, July, August.
Michou Dumont, codename "Lily," was away from home in nursing school when her sister Andree was arrested in Brussels for her work in the Comet Line. Like her sister, Lily was also a friend of Dedee, the founder of the escape network. Lily admired Dedee and was determined to carry on the work in Brussels after so many others had been arrested and it was no longer safe for Dedee to remain in Belgium. Lily began working on the Comet Line in 1942.
Lily was only five feet tall and appeared no older than fifteen, although she was in her early twenties. She often dressed as a school girl to hide her activities as she ran around Brussels. She worked with the Comet Line and continued with her nursing duties. One day the Gestapo came to the clinic where she worked, looking for her. The receptionist called her floor and warned her to escape before the agents found her.
Lily fled by way of the outer fire escape and a crossover leading to the building next door. She called to an acquaintance with an office near the outside door to let her in. He complied, and she was able to run down the stairs and out the building without being detected. From then on, Lily stayed on the move. She didn't remain in one place for long and spent the night in various homes of Belgians she knew.
Lily's work with the Comet Line kept her very busy. She coordinated transportation for the Allied airmen brought from the country to Brussels and found temporary homes for them. She distributed ration coupons, supplies, and food to the many safe houses in Brussels. She checked on the welfare of the airmen hiding in the city and worked with photographers to produce identity cards. Lily also recruited new individuals and families who were willing to provide safe houses for the airmen, especially after other were arrested for housing the soldiers.
Lily's shrewdness kept her one step ahead of the Nazis, but in the winter of 1944, one year after Dedee's arrest, Lily fled Brussels because the Gestapo was getting too close to her. Two of her close associates had been arrested, and instinct told her that the time to leave her native land had arrived. Before she left, Lily recruited trained agents to take her place escorting fliers and securing safe houses.
Lily traveled to Paris and then to Bayonne in the far south of France. She rendezvoused with Jean-Francois (Franco) who'd just crossed back into France after delivering airmen to the British diplomats in Spain. Lily explained the deteriorating situation in Brussels, and Jean-Francois immediately took the express train to Brussels to check out the situation. He planned to return south and coordinate a new operation for Lily. Eight days later, Jean-Francois was arrested and spent the rest of the war as a prisoner in France, Belgium, and Germany.
Meanwhile, Lily waited in Anglet at Auntie Go's house. Auntie Go, who was from Belgium and knew Lily previously, had been running the southern end of the Comet Line from the beginning.
Return on October 1st to learn the conclusion of Lily's story.
*********
Resource: The Freedom Line by Peter Eisner. HarperCollins Publishers, 2004.
********* 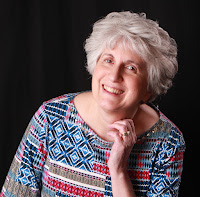