The Adams House, a Modern Marvel and yet Abandoned

Sitting on a prime piece of land, four parcels to be exact, is Deadwood, South Dakota’s crowning architectural glory. The Adams House. Many articles had been written about it in its heyday. One local newspaper reporter wrote: “When completed the residence will equal in point of beauty anything of its kind west of Omaha.”
Harris Franklin was a Jewish immigrant who had become successful through wholesale liquor and later diversified into cattle, gold mining, and banking. He, his wife, Anna, and his son Nathan moved to Deadwood in the Dakota Territory in 1877. He purchased the aforementioned land and commissioned Jewish architect Simeon D. Eisendrath to design their new home.
Built in the elegant Queen Anne style, it included wonders such as central heat and plumbing, with hot and cold running water. Electricity powered the home, and servants were summoned with electric bells. The most modern addition was the telephone. Gorgeous oak trim and stained-glass windows adorned the house, as well. When the Franklins took residency in 1883, they were truly the talk of the town.
The first social gathering in the elegant home was for their son who married Ada F. Keller on September 14 the year they moved in.

Anna Franklin later hired a Chicago firm to redecorate her house a mere three years after moving in. Soon, her health failed, and on January 10, 1902, she died. Three years later, Harris sold the house to Nathan and Ada for a token $1.
Nathan Harris continued his father’s legacy as a successful businessman and, on two different occasions in 1914 and 1916, was elected mayor of Deadwood. He and Ada raised their only daughter, Anna Mildred, in the stylish home. At some point, Mildred moved to New York, along with her grandfather Harris, and by 1918, Nathan and Ada decided to relocate there as well to be closer to their daughter and his father. 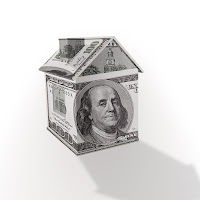 Tragedy struck several times under the new occupancy. Five years after moving in, Alice was diagnosed with cancer. Even so, she traveled to California to visit her daughter, Helen, who was pregnant. While Alice was there, she died. Helen went into premature labor, also perishing along with the baby girl. W.E. was distraught as he had also lost a daughter thirteen years earlier. All alone now, he donated $35,000 to Deadwood to create the Adams Museum to honor his family.
Sometime afterward, the 73-year-old W.E. married 29-year-old Mary Mastrovish Vicich. They had only been married seven years when W.E. succumbed to a stroke and passed away. Mary couldn’t stay in the house after the death of her husband, and she vacated the premises suddenly—it’s said she thought it was haunted—leaving everything intact, including music sheets on the piano and cookies in the cookie jar.

The house was closed up for fifty years.
Finally, in 1987, the house was bought and restored. By 2000, it was opened to the public and everything, including the cookies, was just as Mary had left them.

To see the elegant home at 22 Van Buren Street in Deadwood, South Dakota, one would never know the tragic history. However, the daily tours apprise visitors of happy and sad times within the walls of the Adams House. 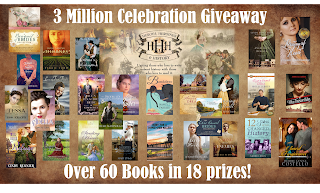 Celebrate with us!
To celebrate reaching 3 Million views, HHH is hosting a HUGE giveaway of over 60 books in 18 prizes, so there are many chances to win! One grand prize will consist of 10 books, two readers will win a second prize containing 5 books, and there will be 15 winners of a third prize containing 2 books each. There are several ways to earn entries, such as following, or commenting on the HHH blog each day. Thank you for being part of the HHH community, and best wishes in the giveaway!
https://www.rafflecopter.com/rafl/display/ce16d9c612/?
Titanic: Legacy of Betrayal
A TIME-SLIP NOVEL
A secret. A key. Much was buried on the Titanic, but now it's time for resurrection.