Grand Old Lady of the Sea by Martha Rogers 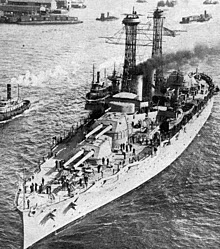 This battleship is now over a 100 years old and has a grand history of service to our nation. Here she is shown with the original twin steel towers or lattice masts which were replaced in an overhaul in 1925.

She was first launched on May 18, 1912 and commissioned on March 12, 1914. In 1916, the Texas became the first of U.S. battleships to be outfitted for war. Anti-aircraft guns and two 50 caliber guns were mounted on platforms atop the boat cranes. They were the first to be controlled with directors and rangefinders, analog forerunners of today's computers. Below is a picture of the these first gun towers. 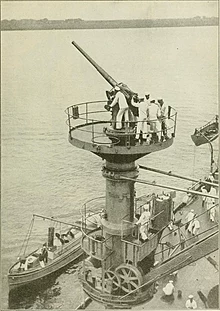 In WWI she made numerous sorties into the North Sea in support of other navy vessels carrying troops. Her service with the Grand Fleet included occasional forays to reinforce the British squadron in the North Sea when threatened by German units. The fleet alternated between bases at Scapa Flow and the Firth of Forth in Scotland.

Here the crew poses on top of one of the turrets' main battery guns in 1918. 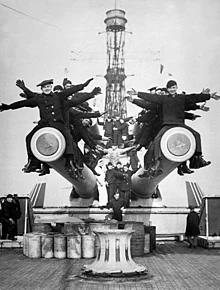 After an overhaul in 1919, she became the first American battleship to launch an airplane, a British built Sopwith Camel, at Guantanamo Bay. Later that year, her captain, Nathan Twining, employed naval aircraft to spot the fall of shells during a main artery exercise. As a result, more floatplanes were added to all of the battleships.
After another overhaul, her fire-control equipment was upgraded, and her armament was increased to eight 3-inch guns and torpedo tubes were removed. Six of the larger guns were relocated to the main deck. She was designated as the flagship of the United States Fleet and resumed duty along the eastern seaboard.

In WWII, she escorted war convoys across the Atlantic and shelled beaches for the North African campaign and the Normandy landings where she played an important role in the defense by being closer to shore and bombarding the coast with shells while troops were sent from the larger ships a little further out. Texas was a part of a combined US-British flotilla of 702 ships which included seven battleships and five heavy cruisers.

After that, she sailed to Cherbourg to join the Arkansas in defense against the German fleet. The Texas was shelled and wrecked the pilot house. Of the seven injured, only one didn't make it, helmsman Christian Christianson. Captain Baker escaped with no injuries and had the bridge cleaned. Then she rejoined the battle.

At one point, on June 25, 1944, Texas was hit again by an explosive that turned out to be a dud. The ship's Admiral Carleton Bryant saved the dud for posterity. Here he's shown in the left picture with the dud along with Captain Charles Baker. That shell became part of the museum display on the ship. The one on the right is a shot of her being fired at on that date. 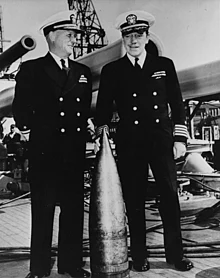 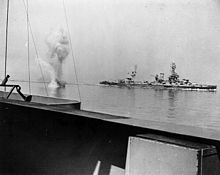 After her performance there, she was transferred to the Pacific Fleet and provided gunfire support during the battles of Iwo ima and Okinawa. She spent five years as part of the Pacific Fleet.

At the end of WWII, on August 14, 1945, she returned to Okinawa and stayed there until September 23 when she became a part of Operation Magic Carpet. She set a course on that day with homeward bound troops to San Pedro, California on October 15. She made two more round-trip voyages to bring home American soldiers in November and a third in November. From San Pedro she steamed toward Norfolk, Virginia by way of the Panama Canal where she was prepared for inactivation. On June 18, 1946, she was officially placed in reserve at the shipyards in Baltimore, Maryland.

In April of 1947, the Texas Legislature established the Battleship Texas Commission to care for the ship. On March17,1948, at a cost of $225,000, she was towed from Baltimore to Laporte, Texas where was anchored in the Houston Ship Channel near the San Jacinto Monument where she was to serve as a permanent memorial. On the 21st of April, she was ceremoniously decommissioned and nine days later, her name was struck from the Naval Vessel Register and became the first permanent battleship memorial museum in the US. She then was commissioned as the flagship of the Texas Navy.

This is where Texas sat as a Memorial Museum until August 31, 2022. 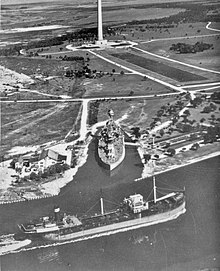 On that day, preparations began to move her to Galveston for much needed repairs at a cost far more than what it cost to bring her from Norfolk. She will be repaired and refurbished for $35 million as opposed to scrapping her for $30 million. After that she will have to make it on her own. The Texas Parks and Wildlife Department will no longer pay the foundation for its upkeep.
Texans love their history and they love the battleship. With the number of people wanting to see it preserved, we will find a way to keep it as a reminder of her part in preserving our country's freedom.
Thousands upon thousands have visited the memorial and climbed around and explored the ship. Our three sons loved going down to LaPorte and having a fun day at the ship with a picnic lunch. Their dad and i usually had as much fun as they did.

Martha Rogers is a multi-published author and writes a weekly devotional for ACFW. Martha and her husband Rex live in Houston, Texas where they are active members of First Baptist Church. They are the parents of three sons and grandparents to eleven grandchildren and great-grandparents to six. Martha is a retired teacher with twenty-eight years teaching Home Economics and English at the secondary level and eight years teaching Freshman English at the college level. She is a member of ACFW, ACFW WOTS chapter in Houston, and serves as President of the writers’ group, Inspirational Writers Alive.
Posted by Martha W. Rogers at 2:30 AM