A Bison Ranch, a US President, and a Dream 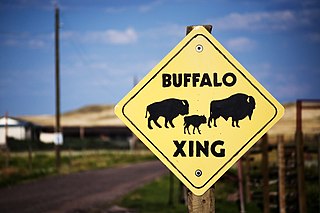 Just over the Wyoming border and into Colorado on I25 lies a piece of history that few know about. The Terry Bison Ranch has a rich past and an ambitious future.
In 1881, prominent Cheyenne citizen, Charles Terry, purchased 300,000+ acres in southern Wyoming and northern Colorado. A mere four years later, F. E. Warren, who would soon become the first territorial governor of Wyoming, bought the ranch and ran it as the southern headquarters of the Warren Livestock Company. Prior to purchasing the ranch, Warren was wealthy through the Warren Mercantile Company, and he established Warren Livestock which boasted 3,000 cattle and 60,000 sheep in 1888. It also bred and trained sheepdogs which were nationally acclaimed. By the time he was elected to office in 1890, he was the wealthiest person in Wyoming. F. E. Warren was only governor for a month between October and November of 1890 when he resigned to become one of the first senators to represent Wyoming. He served in that position for 35 years. 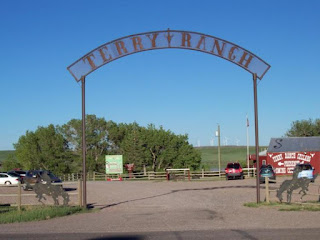 Warren chose to honor the first owner by naming the property Terry Ranch where cattle and sheep were raised.

The ranch hosted many prominent citizens, including President Theodore Roosevelt in 1903 and 1910. Another was General John "Blackjack" Pershing, who had served as a lower-ranking officer in the Spanish-American War. He fell in love with Warren's daughter, Helen Francis, and they married in 1905. Because of his exemplary service in the military, leading many campaigns, he quickly rose to Brigadier General, although some say it was his connection to Roosevelt and his father-in-law F. E. Warren that prompted the promotion. However, his record has proved him out.
Tragedy struck both Warren and Pershing, when, in 1915, Helen and three of her four children met a tragic end in a fire. Only six-year-old Warren survived. He would later come back to work on the ranch during his summer vacations from Harvard.
Terry Ranch changed hands in 1987. Dan Thiel incorporated under the name of Horseshoe Bison, Inc, which started out as a bison meat distributor and a horse-trading company. There are currently 27,500 acres and 2,300 grazing bison on the property, now named Terry Bison Ranch Resort. Thiel's dream, which has come to fruition, is to allow visitors to view the majestic animals in their natural habitat. The ranch provides horse riding tours and a unique train ride, where passengers can feed the bison by hand. The following video was taken by me while my husband fed the beasts.

Terry Bison Ranch Resort has RV and tent camping, as well as cabins. Besides bison, they also have a vast array of animals, including horses, cattle, alpacas, llamas, an ostrich, peafowl, chickens, and several cats. We recently stayed there in our motor home as I researched a book I'm writing. It's a tough job.

I was first introduced to the concept of the American Bison while researching the novella, "Periwinkle in the Park". Fun fact: We've been using the term "buffalo" wrong all these years.

The word buffalo is derived from the French “bœuf,” a name given to bison when French fur trappers working in the US in the early 1600s saw the animals. The word bœuf came from what the French knew as true buffalo, animals living in Africa and Asia. The term bison was first recorded in 1774, and is the correct scientific terminology. - American bison - Wikipedia

A Bouquet of Brides Collection

Meet seven American women who were named for various flowers but struggle to bloom where God planted them. Can love help them grow to their full potential?
"Periwinkle in the Park" by Kathleen Kovach
1910, Colorado
Periwinkle Winfield is a hiking guide helping to commission a national park. But a run-in with a mountain man who is determined to keep the government off his land may place her in great danger.