Gone to Her Aunt’s: The History of Maternity Homes

If you were born in the middle of the 1900s or earlier, you probably know of a teenage girl who went to “live with an aunt” for six months. Whispers and rumors would abound. Only the girl and her closest friends and family knew the truth. She’d gone to a maternity home where she would stay, keeping her pregnancy a secret, until after the baby’s birth. She would give the child up for adoption, then return to her old life as though nothing had ever happened. 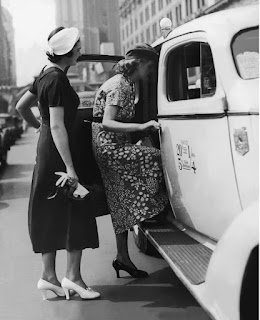 The shame and stigma surrounding unwed mothers was so great that experts deemed this solution best for everyone. Since sex outside of marriage seemed to be the unforgivable sin, being single and pregnant was socially and morally unacceptable. Society labeled unmarried mothers as ‘ruined’ and the resulting offspring labeled worse than that. Girls carried the weight of having shamed their families and, in many cases, were disowned by their parents. 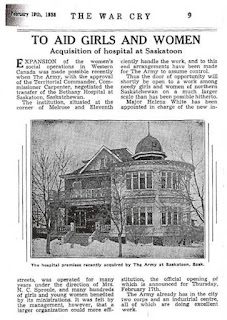 It was during the Victorian era that the first homes began to spring up to shelter these young women, often organized and supported by church and charity groups. In the United States, the Salvation Army opened its first one in 1886. Though these homes were born from a place of benevolence, true compassion toward the girl was often sadly lacking. Many women who experienced life at one of these homes reported feeling isolated and lonely. Some homes insisted that the girls use false names. Making friends with other residents was discouraged and contact with home was restricted or forbidden. In extreme cases, girls were not adequately assisted through labor and delivery, so that they would better “learn their lesson” and not be repeat offenders.

All too frequently, a young mother had no say in the adoption. Either her baby was taken away without her ever seeing it, or in some places—even more cruelly, girls were given their baby to breastfeed for a month or two and then suddenly the baby was taken away. Records were sealed. Options were not discussed. A girl was made to feel completely selfish if she wished to keep her baby.

In some cases, a maternity home might require girls to remain for a period of time after delivery, to serve at the home in payment for the medical and other expenses incurred during her own stay.

By the 1970s and 80s, attitudes had changed and maternity homes either closed their doors or adapted to a more supportive environment. Adoptions are more open.Today’s pregnancy support centers are known for educating young women about their options and supporting them through whichever choice they make with compassion and care. Practical needs like maternity clothes and baby items are often provided to young parents. Trained staff and volunteers offer parenting classes, life skills training and peer support. Miscarriage, infant loss, and post-abortion counseling are usually on the list of services offered. Sometimes transitional housing is included as well.

A main character in Terrie Todd’s award-winning debut novel faces a teenage pregnancy in the 1940s. You can read about it in The Silver Suitcase. Terrie’s also the author of Maggie’s War, Bleak Landing, Rose Among Thornes (winner of two 2022 Word Awards), and The Last Piece (winner, 2022 Word Award for Contemporary Fiction). Her next novel, Lilly’s Promise, releases later this year. She lives with her husband, Jon, in Portage la Prairie, Manitoba, Canada where they raised their three children and where her novels are set. They are grandparents to five boys.