Americans thought themselves indestructible. They were the heroes of the free world, concluding The War to End all Wars, and that war was left in the dust of the past to make way for prosperity and pleasure.

The fire and damnation preachers like Billy Sunday, whose sermons had packed thousands into stadiums and churches, weren’t bringing in as many as before—then well-known commentator Will Rogers spoke about impending clouds of doom looming on the horizon—was it too late to repent?

Sunday preached for forty-six years, till his death on November 6, 1935. Over 100 million people heard him preach. This saying was one of his most famous ones:

“Christians have lost the spirit of prayer…Religion needs a baptism of horse sense...

“If you go to a farmer and say…’God will give you crops only when it pleases him and it is no use for you to plow your ground…That is all wrong…Revival may be expected when Christian people confess and ask forgiveness for their sins…Break up your fallow ground... Stand up an let people know you stand for Jesus Christ…” (Des Moines, Iowa, November 3, 1914)

With the passing of the Nineteenth Amendment to the Constitution, women could vote. And vote they did. And though the Eighteenth Amendment had passed prohibiting the selling of alcoholic beverages in 1919, there was no law saying you couldn’t drink it—that is, if you could find it.

Billy Sunday’s preaching against drinking helped win the passage of the Prohibition Act. At the Boston crusade, he boldly said, “Whisky and beer are all right in their place, but their place is in hell.” 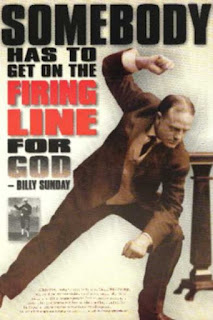 For the first time in history, more Americans lived in the cities than on farms. A new era came in with a roar. No wonder historians have labeled the 1920s, the “Roaring Twenties.”

Out with the dishwater went the aprons and a “New Woman” evolved. Ones with bobbed hairdos, swinging short skirts, and red puckered lips wrapped around the tips of cigarettes. Another name evolved for this new woman, the “Flapper.”

Many ladies bobbed their hair, purchased the swinging skirts and long dripping beads that often dangled provocatively from plunging necklines, but that was about the extent of their flapper ways.

Mostly, the public enjoyed the new thrill of credit and shopped in the many new chain stores populating bustling cities throughout the United States. New machines and technologies, like the washing machine and vacuum cleaner, eliminated some of the drudgery of household work.

More jobs brought more money to spend. And when the first commercial radio station, Pittsburgh’s KDKA, hit the airwaves in 1920, people brought radios! A short three year later there were over 500 stations in the nation.

People also frequented the new movie theaters. However, it was the Ford Model T that became the necessity for every household to own! It cost $260 in 1924, and a family could buy it on credit. They were indispensable by the end of the decade.

Service stations and motels sprang up. Interestingly, it was the affluent youth who jumped behind the wheel. The jazz bands brought their new tunes and dances like the Charleston, the cake walk, and more.

As Sunday had hoped, the bars did close. However, little did he expect to witness sin escalate at a volatile rate. Speakeasies, controlled by bootleggers, racketeers, or organized-crime figures such as Chicago gangster Al Capone spread their terror across America.

Mob shootouts became a common occurrence in big cities like Chicago and Detroit. Unassuming men were an easy target for the mobsters’ get-rich-quick schemes and became part of this organized crime network, from the country dairy farmer to the cop walking his beat.

Many Christians looked the other way. Just about everyone enjoyed this new lifestyle of plenty. Plenty of jobs for women and men alike, plenty of entertainment, and plenty of money. It seemed to be the golden age for everyone. After all, what could go wrong? People were investing in the stock market and growing into millionaires in a day.

Will Rogers lit up people’s funny bones with his down-to-earth humor mixed with common horse sense in his weekly newspaper articles; however, in the late 20s the public noticed a change in his jokes. Rogers warned about the dangers of indebtedness. He even predicted something was going to happen to the economy in a couple of years (Weekly Article, Vol 2, 137). 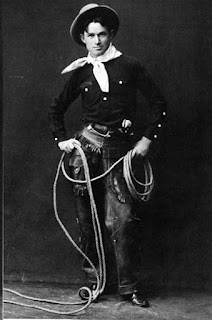 In June 1928 article, Rogers wrote about the age of high living. He said, “America had been operating on luck and natural resources and the Lord was liable to turn on us at any minute.” (More Letters of a Self-Made Diplomat, 71)

Billy Sunday fervently preached in Boston in 1929 about a backsliding nation that was in dire need of repentance. Sunday taught “that salvation was through faith in Jesus Christ, not in organized religion, that churches were fine so far as they were ‘in the world, but all wrong when the world is in them,’ adding: ‘You can go to hell just as fast from the church door as from the grog shop or bawdy house,’ and ‘Going to church doesn’t make you a Christian any more than going to a garage makes you an automobile.’”

Sunday, being an ex-baseball player, always assured believers of God’s forgiveness: “The devil says I’m out, but the Lord says I’m safe.”

“Live so that when the final summons comes you will leave something more behind you than an epitaph on a tombstone.”

He warned not to remove the Bible from public schools: “Rivers of America will run red with blood filled to their banks before we will submit to them taking the Bible out of our schools.”

Then it happened—millionaires one day, became paupers the next!

The stock market crash of 1929 has also been referred to as the Great Crash. Whatever you choose to call it, that Great Crash thrust the nation into the Great Depression that lasted for ten long years. The Depression affected the industrialized and non-industrialized countries throughout the world.

The sad thing was that people in a get-rich-act sold their Liberty Bonds and mortgaged their homes to pour their cash into the stock market.

When the stock market crashed, no one could believe it. Even the people that never entered into a stock exchange felt the repercussions of the market. Banks closed, factories closed, people were out of work, and those who didn’t own their home were forced to live in the thing they did own—their cars.

Churches awoke and sprang into action doing God’s work. Soup kitchens filled the hungry stomach of the unemployed. Church auditoriums were filled with beds for the homeless. Auto plants, now idle, became housing for the destitute.

Americans looked for someone to blame for their misfortune. Will Rogers’ wit did not leave him at the time Americans needed a good laugh at themselves. But Rogers’ wit this time held more spiritual truth for the down and outer. 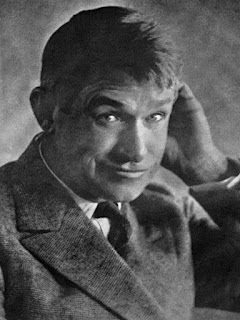 Rogers felt that the Depression could have been a punishment sent by the Lord, for he wrote, “I don’t think Hoover, the Republican, or even Russia is responsible for this. I think the Lord just looked us over and decided to set us back where we belonged” (DT, Vol., 252).

Sunday’s words brought comfort to many who heeded his words in the midst of their misery. “I never see a man or a woman or boy or girl that I do not think that God has a plan for them… He will use each of us to His glory if we will only let Him.”

The Great Depression literally brought Americans down to their knees. And it wasn’t until World War II that God gave America another chance to redeem themselves and another chance at prosperity. Which makes one wonder, what’s looming on the horizon for us? 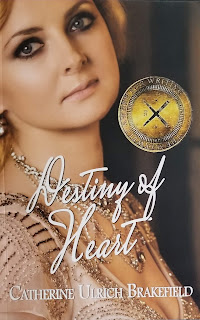 Confusion and uncertainty hover around Ruby McConnell Meir’s skirts like the dust storms—will her husband live or die?

The Roaring Twenties brought the countryfolk to the city, and life was prosperous—then came the Great Depression.

Collina faces insurmountable odds to rescue Shushan for her family. Rough Rider Franklin long looses what money couldn’t buy and wonders, “Is it too late to make right his failing?” 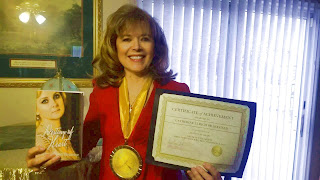