Welcome back to another episode of learning the history of words. You may notice a difference in the artistry. I came across several illustrated images that I couldn't resist. I hope you enjoy them as much as I do. Interestingly enough, this month's bag of expression contains two that pertain to Davy Crockett, which many know as the king of the wild frontier. Enjoy! 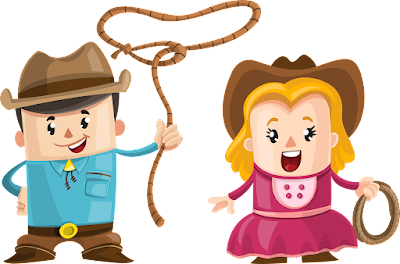 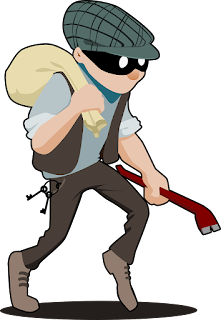 Businesses often distribute promotional swag, or goods received without payment. Today, the items are freely given, but the term did not originate so innocently.

Historical Reference: ‘Swag,’ which may have its roots in Scandinavia, acquired a number of definitions over time. In 1839, English criminals originated a slang sense of swag for stolen property. Several earlier meanings for ‘swag’ paint an interesting picture. As of 1303, according to the Oxford English Dictionary, the word meant ‘bag.’ By the 1580s, it described a ‘blustering person.’ When you think of a thief swaggering under the weight of an unwieldy bag of ill-gotten loot, it all makes sense.

Other meanings for swag include ‘stolen goods,’ ‘a bag of stolen items,’ ‘overweening confidence,’ ‘swaying to and fro,’ and ‘one with a swinging belly.’ You can’t make this stuff up.

Example: Readers expect authors to give out lots of swag at a book fair. 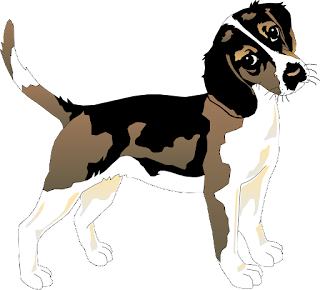 This expression for a failed idea or feeble excuse comes to us courtesy of the American South.

Historical Reference: Some suggest that our phrase imitates ‘that cock won't fight,’ hearkening to the days of cockfighting in England. This earlier phrase first appeared in a humor magazine called “The Loiterer,” by James and Henry Austen. And yes, those gentlemen had a famous sister named Jane. Here’s the excerpt, from September 5, 1789:

‘You may be sure that this eloquent harangue was not lost upon me, I immediately began to smoke the old Gentleman. “No, (thought I) that cock won’t fight.”’

Davy Crocket’s autobiography, published posthumously in 1836, contained the phrase, ‘that cock won’t fight.’ On August 9, 1843, the hunting dog version cropped up in a letter to a Washington, DC newspaper:

‘Don’t let the friends of Mr. Calhoun and those of Mr. Van Buren get at loggerheads, or anything beyond amicable sparring. We are ready to go for either of them, or for any other sterling Democrat, provided always that he will fight rather than give up Oregon, or any other portion of our country. Cass is much a favorite in this State. I put in a word (formerly) once in a while for Captain Tyler. “But that dog won’t hunt.”’

Example: I planned to travel through Yellowstone, but now the fire has broken out, that dog won’t hunt.

Too Big for His Britches 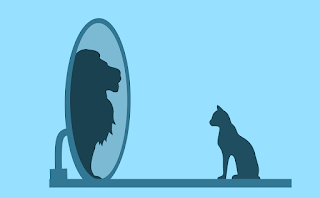 Today, as in the Wild West, we say that a conceited person is ‘too big for his (her/your) britches.’

Historical Reference: This term originated in at least the 1830s (although it is probably a lot older). The earlier term is ‘too big for one’s breeches,’ but it has been ‘modernized.’ It first appeared in the 1835 publication, “An Account of Col. Crockett’s Tour to the North and Down East," by none other than Davy Crockett: “I myself was one of the first to fire a gun under Andrew Jackson. I helped to give him all his glory. But I liked him well once: but when a man gets too big for his breeches, I say Good bye.”

Example: After receiving honors in college, he got too big for his britches.
That concludes this month's word-history session. See you next month for another round. Don't forget to check out my author news, below.

I’ve been working hard to complete a final proofread for The Whispering Wind (Montana Gold, book 6) while also canning and preserving food for the winter. The tension between living in fictional worlds versus reality is very real for an author. I would love to spend all my time at the keyboard, but life pulls me away.
I'm proud of The Whispering Wind, which completes the Montana Gold series. I have no more contracts lined up, and that's intentional on my part. From the outset, I've felt that I chased after my writing career, which took off before I felt ready. The pace started out fast and never let up. I want a moment to breathe and the chance to regroup.
I'll still work to prepare the Tales of Faeraven epic fantasy series for rerelease under my own publishing brand. And then there are beta edits for a romantic mystery to complete. I'll also self-publish that title (Deceptive Tide). I'm likely to submit proposals to my agent for traditional contracts in the future, but spending time in the indie space is an adventure I don't want to miss.
Learn more about me and my books at the website for Janalyn Voigt.