Amelia Earhart-FIRST WOMAN TO FLY ACROSS THE ATLANTIC 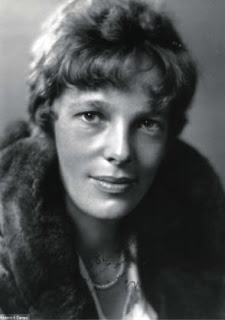 Amelia Earhart was born July 24, 1897 in Atchison, Kansas. She disappeared July 2, 1937 near Howland Island which was near the central Pacific Ocean. Her father was a railroad lawyer, and her mother came from an affluent family. After her grandparents' deaths, her family struggled financially due to her father's alcoholism. The Earhart family had to move often during her life, and she completed high school in Chicago in 1915. After her mother received an inheritance, she sent Amelia to Ogontz School in Rydal, Pennsylvania.

But when Amelia went to visit her sister in Canada, she became interested in caring wounded soldiers in World War I. In 1918, she left college to become a nurse's aid in Toronto.

After the war, Amelia entered the premed program at Columbia in New York, but left in 1920 due to her parents insisting she live with them in California. While there, she took her first airplane ride and loved it, and she signed up for flying lessons. In 1921, she bought her first airplane, a Kinner Airster. Two years later, she obtained her pilot's license. 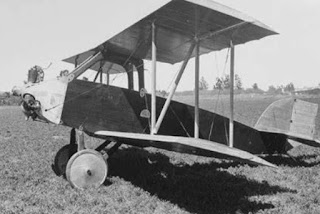 In the mid-1920's, Amelia lived in Massachusetts and worked as a social worker and kept her interest in aviation. In 1928, promoters were looking for a woman to fly across the Atlantic. Amelia Earhart expressed interest and they chose her. Much of the publicity was handled by George Palmer, who she later married in 1931, but she kept her maiden name. She became a celebrity as she traveled across the United States sharing details of her flight in a book she had written called, "Twenty Hours and Forty Minutes".
In May of 1932, Amelia wanted to cross the Atlantic again. She wrote a book about her record time for this trip, the mechanical difficulties and bad weather she experienced in a book called, The Fun of It". This book also included stories about her life and interest in flying.
In 1929, Amelia formed a club of women pilots called, "The Ninety Nines". And in 1933, she designed a clothing line for active women. She made several notable flights from then on until she disappeared on a flight where she radioed she was running out of fuel. She and her co-pilot were never found.
Do you like flying?
I hope you enjoyed our giveaway last month to celebrate hhhistory.com's
large readership. 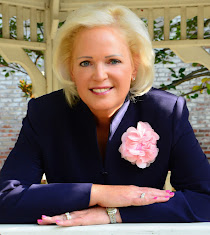 Visit me at Molly Jebber's Website for a full list and "mini movies" of my Amish Romance books. Also visit me on Facebook for giveaways and fun!