Money in the Old West

“Two bits, four bits, six bits, a dollar, all for our team, stand up and holler.” Remember that catchy cheer from your junior high football days? Did you ever wonder what it meant? How about the phrase “a little bit?” Both are references to a form of money used in the 19th century.
Bartering was a commonly accepted way of exchanging goods and services in the West for many decades. Trappers swapped pelts for necessities like tobacco, clothing, ammunition, and food. Indians traded for anything from jewelry and cooking pots to slaves and horses. Early settlers often had little cash and also bartered for food, clothing, and goods. Two of the most traded items in the West were eggs and milk.
Handling money must have been a headache for early 19th-century businessmen. Coins in circulation throughout the U.S. included Russian kopecks, Dutch rix-dollars, and French and English coins. The Spanish real was commonly used throughout the United States in the early to mid 19th century and was known as a “bit” in the West and worth 12 ½ cents. Two bits later became known as a quarter. The half-bit, also known as the fip, picayune, or medio was worth 6 ¼ cents and used mostly in Louisiana.
Other commonly used coins were an “eagle,” a gold coin worth $10. It had a Liberty head with a coronet on the front and a heraldic eagle on the back. The “double eagle” equaled $20 in value and had the same design as the “eagle” except the word “twenty” was embossed on the side with the eagle design. The “half eagle” was worth $5 and the “quarter eagle” equal to $2.50.

The silver dollar, known as the trade dollar, was also widely used. “In God We Trust” was added in 1872.


The “slug,” a $50 gold piece, was used mainly in California, but also circulated in the rest of the United States. During the 1850s, a Liberty head gold dollar became readily available.
Prior to 1861, all paper money was issued by private or State Banks, often with little funding available. The notes could be redeemed for coin at the above-board banks, but notes issued by dishonest banks, called Wildcat banks, were worth little or nothing. In 1863, National Bank notes replaced State notes.
Needless to say, there were countless other coins and paper money printed, but this will give you a basic understanding of money used in the Old West.
(Information was obtained from The Writer’s Guide to Everyday Life in the Wild West and The Writer’s Guide to Everyday Life in the 1800s) 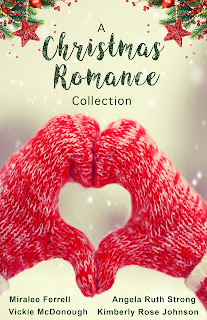 A Christmas Romance Collection
Includes A Fruitcake Scandal
by Vickie McDonough
Pastor Clayton Parsons waited a year to bring his fiancée, Karen, to his new church post. They plan a Christmas wedding, but in the meantime Karen helps the church ladies with various projects, including a bake sale. But revealing her fruitcake recipe could spell disaster for her future with Clay.
Available on Amazon / Free KU 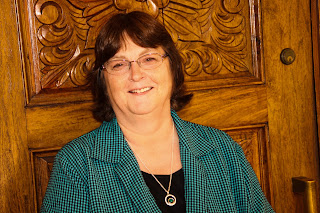 Vickie McDonough is the CBA, EPCA and Amazon best-selling author of 54 books and novellas. Vickie grew up wanting to marry a rancher, but instead, she married a computer geek who is scared of horses. She now lives out her dreams penning romance stories about ranchers, cowboys, lawmen, and others living in the Old West. Vickie’s books have won numerous awards including the Booksellers Best, OWFI Best Fiction Novel Award, the Inspirational Readers’ Choice awards. To learn more about Vickie’s books or to sign up for her newsletter, visit her website: www.vickiemcdonough.com
Posted by Vickie McDonough at 3:00 AM