Today's post continues the story of the Comet Escape Line, the network  established during World War II to escort downed Allied Airmen safely out of Europe and back into the fight. If you missed the earlier posts and would like to read them, just click here: March, April, May, June, July, August, September, October.

After Lily, one of the leaders of the Comet Line, was released from her two-day stay in Fresnes Prison, she met with two MI-9 operatives in Paris who had recently returned from England. They had been assigned the task of setting up camps for downed Allied Airmen in Belgium and France. The airmen would gather and wait in these camps until they were liberated.

Lily informed Thomas and Daniel, the MI-9 operatives, that Pierre Boulain was Jean Masson, the traitor causing the arrest of Comet Line agents and helpers. Lily had learned this from Martine, her friend who was imprisoned at Fresnes. Thomas and Daniel were incredulous. Not only had Masson come to them highly recommended, but he had provided expert assistance to the Comet Line, and they'd hired him to help establish the escape camp in Belgium.

Thomas and Daniel wanted more proof of Masson's treachery than just the word of Martine. Daniel had already arranged to meet with Masson at an outdoor cafe near the Place de la Concorde the next day, so Lily arrived early and sat a ways off, reading a magazine. Daniel reached the cafe, and then Masson showed up with a woman. Lily knew without a doubt that Pierre Boulain was Jean Masson. After he and the woman left, Daniel found Lily, and she confirmed her previous accusation regarding the traitor. Daniel still wasn't convinced and told Lily to follow Masson and see what happened. She agreed.

Lily crossed the Seine River and walked in the direction she had seen Masson and the woman go. Lily spotted them by the Chamber of Deputies, a place where Masson shouldn't be. He looked up and their eyes made contact, and it was obvious in his expression that he'd been caught. Lily turned back the way she had come, and Masson followed. They both increased their pace, but when Lily reached an entrance to the Metro station, she raced down the circular stairway. A train came into the station, and she was able to gain entrance without being spotted.

The next day Lily returned to Bayonne and Auntie Go in southern France and crossed the Pyrenees into Spain on May 11th. Personnel at the British consulate drove her to Madrid to meet with Creswell, and he convinced her to leave for England. "MI9 gave her a commission as an officer in the British Army. They told her she was needed in London to help organize for intelligence operations once the invasion started." Creswell did not want her to return to France and be arrested by the Nazis.

Lily stayed in England, working for MI9, until after the Germans left France. She met a young Belgian who also worked for British intelligence, and they married while they were both still in uniform. She returned to Paris to help locate MI9 agents and missing airmen in the fall of 1944.

Masson met with Daniel one more time after his confrontation with Lily. Gestapo agents and French Resistance members surrounded them, although they remained in the background. Masson was hoping to get the money promised him to set up the Belgian camp for Allied Airmen, which he would have pocketed and then turned the airmen in. Daniel reported Masson to the French Resistance who sent an agent to kill him. A man was killed, but it wasn't Masson.

Nadine, Lily's sister who was imprisoned in 1942, survived her time in Ravensbruck and returned home to Belgium after the war.

Jean-Francois was convicted by a German military tribunal and sent to concentration camps in Germany in 1944. He survived the war.

Dedee was held in prisons in France and Belgium and then sent to Ravensbruck. She survived the war and became a missionary to Africa.

Jean Masson continued to capture Allied Airmen and turn them over to the Gestapo even while the Germans were retreating from France. The Germans sent many airmen to POW camps, but some were sent to concentration camps and died there. Masson made a fatal mistake when he resurfaced and volunteered to work as an agent for the Allies. His photo was obtained, and Lily identified him. He was captured, convicted, and sentenced to death. His last words before he was executed were, "Heil Hitler."

The Comet Line was responsible for leading over a thousand Allied Airmen safely out of Belgium and France and into the hands of the British in Spain. Hundreds of members of the organization were imprisoned and killed by the Nazis, but those who survived the war testified that they had aided the Allies because it was the right thing to do. 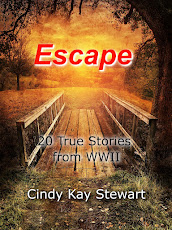 These true heartwarming stories demonstrate the love and bravery shown by many individuals who risked their lives to save those in danger and to help win WWII for the Allies. Some found themselves at the mercy of their conquerors but escaped. From snow-covered Norway to Japanese-occupied China, from remote Northern Russia to POW camps in Germany, larger than life stories give credence to the adage that truth is stranger than fiction. 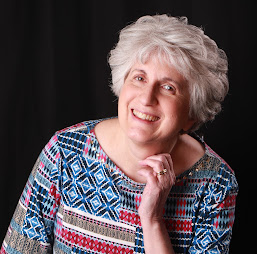